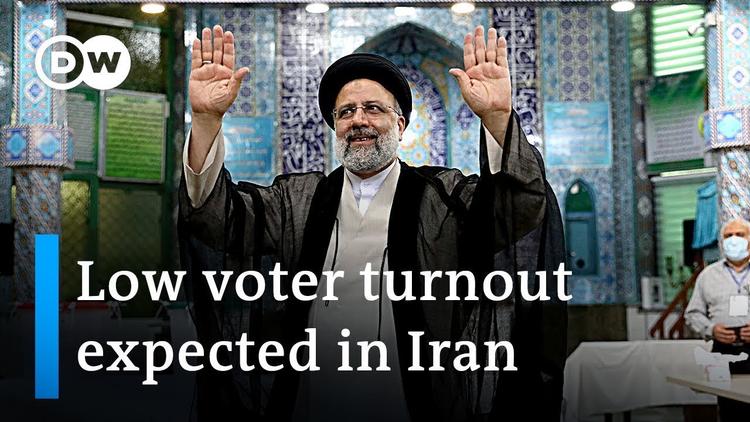 Ann Arbor (Informed Comment) – Polling suggests that Ebrahim Raisi will likely win Iran’s presidential election. So who is he?

An official Iranian point of view on Raisi goes this way:

He was born in 1960 into a family of clerics claiming descent from the Prophet Muhammad in the Nowghan district of Mashhad, the largest city in Iran’s northeast at a population of 3 million (i.e. Chicago inside city limits). He studied in seminary in Mashhad, known as a bastion of religious conservatism and the site of the shrine to the eighth Imam or successor of the Prophet Muhammad in Shiism, Imam Reza.

Whereas in the twentieth century Tabriz, the largest city in Iran’s northwest, was open to cosmopolitan intellectual currents because of its proximity to Turkey and the Soviet Union, Mashhad was much more insular. It is distant from the capital of Tehran, separated by the Great Salt Desert, with Sunni Afghanistan and Sunni (sometimes Communist) Turkmenistan to its east and northeast.

At age 15 in 1975, he went to another holy city, Qom, for higher seminary studies. This was a time of popular ferment against the iron rule of the then king or shah, Mohammad Reza Pahlevi, whose policies had an anti-clerical and secular streak that angered Iran’s Shiite clergymen. In Qom, he not only pursued traditional seminary studies, but he also studied toward an MA in International Law and did all but dissertation work in Islamic Law after the Revolution at Shahid Motahhari University. He doesn’t seem ever to have actually been awarded any degrees.

In 1980 after the Islamic Republic was established, Raisi joined the public prosecutor’s office in the city of Karaj to the west of Tehran and rose to become the public prosecutor there that year. In 1985 he took up the position of deputy public prosecutor in Tehran. In the early to mid-1980s,the newly established clerical regime gradually banned middle class liberals and the Islamic-Marxist People’s Jihadis (Mojahedin-e Khalq) from politics and pursued a Great Terror against them. Some 10,000 Mojahedin are said to have been killed in those years, some in running street battles, while others were polished off in prison.

In 1988 there was a massacre in jail of some 5,000 People’s Jihadis, and Raisi was implicated in it. (The official Iranian account did not mention this role for him, as a result of which he has been sanctioned by the US and others, so that he cannot travel internationally.)

In 1988, as well, Ayatollah Rohullah Khomeini appointed him to deal with judicial issues in Laristan, Kermanshah and Simnan.

After Khomeini’s death in 1989, the then head of the judiciary, Ayatollah Yazdi, appointed him the Public Prosecutor of Tehran, at the age of 29, a position in which he served until 1994.

In 2004-2014, Raisi served as deputy chief justice in the national judiciary, and the 2014-2016 he became the equivalent of Iran’s Attorney General. Bill Barr may have ramped up executions, but he was a piker compared to Raisi.

In 2016-2019, Raisi was appointed by Ayatollah Ali Khamenei to be the keeper of the shrine of Imam Reza in Mashhad. He also continued his studies (though it is unclear that he ever gained any sort of degree at any point in his life) and wrote on law and legal issues.

He ran for president in 2017 against Hassan Rouhani, but Rouhani had just achieved the 2015 nuclear deal with the UN Security Council, and had the advantages of incumbency, and Raisi did poorly.

During the past two years Raisi has been Iran’s chief justice. He often imposed the death penalty, and even executed one man for drinking alcohol. He is a notorious hanging judge with no respect for individual liberties.

It was after Trump destroyed the nuclear deal in 2018 and imposed a wide-ranging economic blockade on Iran that the economy tanked and Rouhani looked like a chump for trusting the United States, so that the centrists plummeted in popularity. Hence, Raisi will likely win a big majority in this round, though it isn’t that he is popular. It is just that the Guardian Council refused to allow centrists and pragmatists to run, so that Raisi has little competition, and the centrists and left-liberals in the Iranian electorate say they won’t bother to vote.

BBC Monitoring summed up some of Raisi’s positions in the debate last month:

“Ebrahim Raisi was the first candidate to comment on what his possible government would do in relation to the existing social gaps.

Raisi said this social issue sourced from injustice and the judiciary has already come up with plans to implement justice at various administrative levels. He added that justice should be observed in relation to economic capacities and decisions. He said supervision over various economic issues is also an essential matter and workers’ salaries should be increased in accordance with the inflation rate . . . Raisi concluded by calling for wages to be raised taking inflation into account, and for more wage equality for Iranian workers.”

Of Raisi’s main rival, banker Abdolnaser Hemmati, BBC Monitoring reported on his remarks in the debate:

“Former Central Bank governor Abdolnasser Hemmati mocked hardliners for preaching about “capturing the White House and turning it into a mosque” and lacking any understanding of international politics and economy. He condemned those who were behind attacks on foreign embassies, such as Saudi Arabia’s. He said a “network” consisting of hardliners and racketeers dominated the economy and did not let the normalisation of foreign relations in order to ensure their profit-making.

He said Iran lost $75bn dollar in the past two years due to the US sanctions, and blamed his hardline rivals for ignoring this fact deliberately.”

Iran seems set to continue to be ruled by a network of hardliners and racketeers, but my guess is that they now think they can make more money rejoining the nuclear deal with Biden than they could by remaining isolated from the world economy.