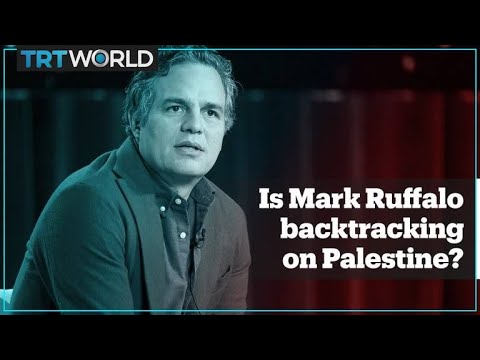 Ann Arbor (Informed Comment) – The great actor and great humanitarian Mark Ruffalo apologized on Twitter last week for asserting that Israel was committing “genocide” toward the Palestinians, saying that the accusation was inaccurate, inflammatory and disrespectful and he had thought better of it. He also implied that such language was related to anti-Semitic hate crimes.

So, is it bigoted to say that Israel is committing genocide against the Palestinians?

Is it inaccurate? That is harder to say.

Is it inflammatory? I guess I would ask why that is an issue. Is it inflammatory to say that Myanmar has committed genocide against the Rohingya? The Burmese military junta’s feelings would certainly be hurt. But if they are committing genocide, then whether the charge is inflammatory or not is surely beside the point. Bringing up “inflammatory” is a form of special pleading, a logical fallacy.

I have reflected & wanted to apologize for posts during the recent Israel/Hamas fighting that suggested Israel is committing “genocide”. It’s not accurate, it’s inflammatory, disrespectful & is being used to justify antisemitism here & abroad. Now is the time to avoid hyperbole.

Most of the countries in the world ratified the Genocide Convention in 1948, which put forward a set of definitions of genocide. These were incorporated unchanged into the 1998 Rome Statute that serves as a charter for the International Criminal Court (ICC), which came into being in 2002.

The definition is actually quite odd from a layperson’s point of view, since it does not actually require that large numbers of people be killed. Most of us think of genocide as mass murder, as with the Khmer Rouge in Cambodia, who killed a fifth of the population.

For the purpose of this Statute, “genocide” means any of the following acts committed with intent to destroy, in whole or in part, a national, ethnical, racial or religious group, as such:

Note that this definition only requires that one of the five actions be committed for genocide to have taken place.

International law specialists have puzzled over this language, wondering what its lower limits are. How about if you just killed one member of an ethnic group (but on the grounds of the person’s ethnicity)? That would presumably fit section a). And does this action have to be plotted out deliberately, i.e., is it like first degree murder with regard to an individual?

At the very least, I don’t think it can be contested that Israel is “causing serious bodily or mental harm to members of the group” of Palestinians. It has the Gaza Strip under blockade in ways that harm the non-combatant population and there is plenty of evidence that this harm is intentional. Likewise, the creeping annexation of the Palestinian West Bank, involving the criminal flooding onto Palestinian land of Jewish Israeli squatters who usurp it, results in bodily and mental harm.

So if committing Article 6, section b is genocide, Israel is without any doubt guilty of it.

But note that it isn’t just causing bodily and mental harm that makes for genocide. It is doing it for the purpose of destroying a people.

And then we have to ask what it means to destroy a people. I think it is a plausible assertion that for Israel systematically to deny the 5 million Palestinians under its military occupation any right of citizenship in a state is intended to destroy them as a people. My late friend Baruch Kimmerling called it “politicide.” Israelis have often denied that there are any Palestinians and expressed a hope that they can be made to melt into a general “Arab” population. But Arabic is a language, not an ethnicity, and there are nearly 300 million speakers of Modern Standard Arabic. The Palestinians in Lebanon who were expelled from their homes by Zionist militias in 1947-48 still know they are Palestinians, and the Lebanese don’t let them forget it. Just as many American ethnicities may speak English but they don’t melt away as a result.

But, look. I can look at the Rome Statute and form an opinion as a historian on whether it seems to fit what Israel is doing to the Palestinians. The International Criminal Court will eventually likely rule on this matter, and then we’d be on firmer ground.

So Mr.Ruffalo’s second position, that the charge of genocide is inaccurate, is simply incorrect. It may be accurate or it may not be. It would depend on who wins the definitional arguments.

These things are very difficult to adjudicate. The government of deposed dictator Omar Bashir killed 300,000 people in Darfur and put large numbers of people in camps. But it is controversial whether he committed genocide in the sense of the term as used by the ICC. Did he really intend to destroy the Fur people? How much command and control was there on the ground such that he directed attacks? How do you tell the difference between putting down a regional guerrilla movement seeking more autonomy and simple genocide?

One thing is clear, though. For someone to look at the Rome Statute and then at what Israel is doing to Palestinians and for that person to conclude that it is genocide is a perfectly ordinary act of humane politics and there is nothing bigoted or inflammatory about it.

As for anti-Semitism, it is a serious problem in the United States. But it is not a legitimate demand that we not talk about Israeli torts toward Palestinians. It is important that people who stand for Palestinian rights also stand for the rights of Jewish individuals.

The most deadly change in the US atmosphere on that issue has in any case come not because people stand for Palestinian rights but because the US far right, including Trumpists, bought into the replacement theory that Jews back immigration to get cheap labor and make whites redundant.

It is also not legitimate to try to rule out criticism of Israel as anti-Semitic. That is mere propaganda. One can criticize the Mexican government without being anti-Latino, or the Zimbabwe government without being anti-Black. If anti-Semitism means anything it is bigotry toward a Jewish minority in a society. Criticizing what a state like Israel does with its F-16 fighter jets simply is not on the same plane.

All that said, it is also true that it is legitimate for someone to look at the Genocide Convention and to look at Israeli actions toward Palestinians and conclude, as Mr. Ruffalo did in the end, that those actions are not genocide.

The precise characterization is less important than an acknowledgment that it is wrong to keep Palestinians in a condition of statelessness and without basic human rights, and few have been as forthright in making that case publicly as Mr. Ruffalo.

TRT World: “Mark Ruffalo apologises for his criticism of Israel”