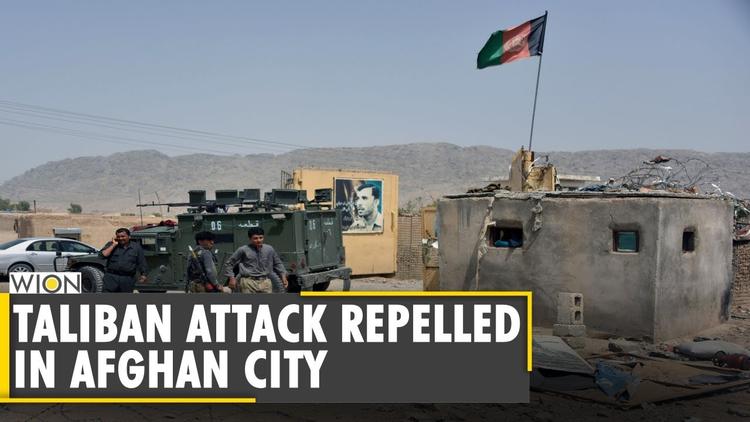 ( The Conversation )- Afghanistan is falling apart. With US and Nato troops leaving the country earlier than planned, experts are warning that the Taliban could take control of the country within six months. Currently the insurgents control the strategically important province of Helmand, and control or contest territory nearly every province in the war-torn country.

As many as 188 of Afghanistan’s 407 districts are directly under Taliban rule. With up to 85,000 full-time fighters), the insurgents have already forced thousands of troops belonging to the US-trained Afghan army to surrender or flee.

In response to the Taliban’s onslaught, local militias are fighting back. Most notable among them is a coalition of militias in northern Afghanistan called the Second Resistance, led by Ahmad Massoud (the son of Northern Alliance commander Ahmad Shah Massoud, who was assassinated in September 2001).

The Second Resistance has several thousand fighters and militia commanders who have fought against the Taliban, mostly of Tajik origin. Massoud insists that the Taliban will not have the same success in fighting his coalition due to far greater resolve of his soldiers compared to the Afghan military. But henceforth he will have to operate without the help of Nato troops.

But it’s not just seasoned veterans that are forming militias. Ethnic Shia Hazaras, thousands of whom were massacred between 1996 and 2001 by the Sunni Taliban, have tended to lack militias of their own. But after a wave of attacks in May that killed 85 people (mostly female students), Hazaras are also now rushing to mobilise.

But while these tribal militias might be able to defend themselves, this was far from the objective of the US-led coalition. The goal was to help build a national Afghan army that could become the sole legitimate fighting force. In spite of these intentions, this clearly never happened.

Much of the problem was that the US never fully grasped how to best support the Afghan military. The Americans relied on a model of trying to arm the Afghan army, training them and providing them with aerial support. But this model was not sustainable or practical for the Afghan military.

Afghanistan does not have the revenues to rely on sophisticated weaponry and technology. This remains a problem even though the US provides Afghanistan with almost US$5 billion (£3.6 billion) in aid per year – with US president, Joe Biden, asking for an additional US$300 million to support Afghan forces.

US efforts to engage in state building after it invaded in December 2001 was a more challenging objective than the Bush administration understood. For centuries, history has shown that Afghanistan has been difficult to conquer – and impossible to govern. The country always struggled to create a unified national military to ward off invaders and maintain internal stability. Instead it has relied on local tribal militias led by warlords that could be immediately called to action to defend their territory. Efforts in the past (such as under Amanullah Khan in 1923) to enforce conscription into the Afghan army resulted in revolt.

As I discovered while researching a book on failed states, in addition to having little experience with a national military, other state institutions in Afghanistan were also almost nonexistent. This was not just because the country had faced decades of invasion and civil war, but also because it is is a nation in name only.

The various Pashtun, Tajik, Hazara, Turkmen, Baluch and Uzbek groups in Afghanistan never accepted a central regime. This complicated any effort after Afghanistan gained independence in August 1919 to create unified security institutions to fend off various violent non-state actors that threatened stability in the country.

The Taliban, which overthrew the Afghan government in 1996, was the only group able to exercise control over the country after the 1992-1996 civil war. But, in October 2001, after the 9/11 attacks and the Taliban’s refusal to turn in Osama bin Laden, US and British forces launched airstrikes against targets in Afghanistan. By early December, the Taliban had abandoned their stronghold in Kandahar and ceded their last territory in Zabul and a new president, Hamid Karzai, was sworn in within two weeks as interim leader.

But the Taliban never accepted a western presence and launched an insurgency in 2002. Over two decades, the Taliban has become the most effective fighting group in the country, building a professional and resilient organisation that has learned to rely on a sophisticated communication apparatus. Its structure has been flexible enough to withstand the death of its leadership, after Mullah Omar died in 2013.

During that time – and despite the presence of Nato troops in the country – thousands of civilians have continued to die in terror attacks and raids. In 2019 and 2020 alone, the UN Assistance Mission in Afghanistan has documented more than 17,000 civilians killed or injured – the majority of which are blamed on the Taliban. Although the Taliban is currently in peace talks with the Afghan government in Tehran, it has little or no credibility when it comes to compromise or adhering to agreements.

So, after spending US$2 trillion and involving over 130,000 Nato troops for over 20 years, the US and its western allies are almost back to square one. Meanwhile almost 50,000 Afghan civilians have died – and most Afghan citizens still live in poverty. The one concrete achievement of the 20 years of occupation – reversing the Taliban’s ban on female education – could be in jeopardy as well.