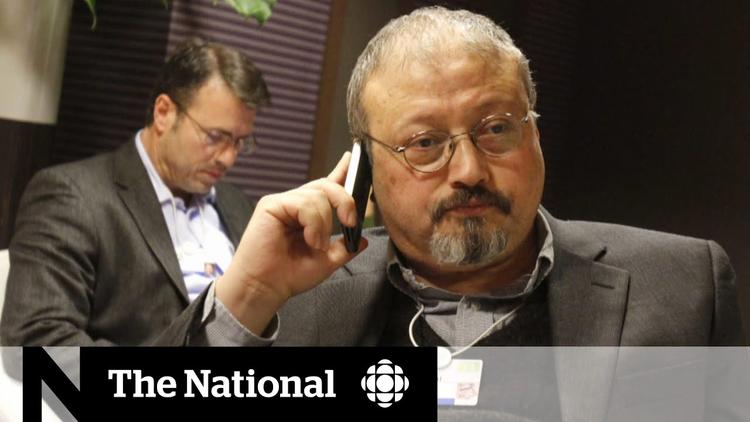 Human Rights Watch has obtained a series of anonymous text messages sent in January 2021 from an individual identifying themself as a Saudi prison guard that provide descriptions of the torture and ill-treatment they and other prison guards witnessed Saudi interrogators commit against high-profile detainees in mid-to-late-2018. The person declined to reveal their name for fear of reprisal but described in text messages what they saw and forwarded text messages from other prison guards.

“New evidence alleging Saudi Arabia’s brutal torture of women’s rights advocates and other high-profile detainees further exposes Saudi Arabia’s utter contempt for the rule of law and failure to credibly investigate these allegations,” said Michael Page, deputy Middle East and North Africa director at Human Rights Watch. “Letting abusers off the hook sends the message that they can torture with impunity and never face accountability for such crimes.”

The accounts were from Dhabhan prison, north of Jeddah, and another location the guards identified as a secret prison. They described certain incidents in which they allege that detainees, including the prominent women’s rights activist Loujain al-Hathloul, and the human rights activist Mohammed al-Rabea, suffered torture and other ill-treatment.

In one text message, the prison guard mentioned by name a prominent Saudi women’s rights activist whom Saudi authorities arrested in a wide crackdown starting in May 2018. Human Rights Watch is withholding her name. They said: “In one of her torture sessions, [name withheld] lost consciousness and we were all terrified. We feared that she had died and that we would bear responsibility because the instructions were to not kill any of the detainees, men or women.”

In another text message, the prison guard referred to sexual harassment that Saudi interrogators inflicted upon al-Hathloul, who was conditionally released in February.

“Loujain al-Hathloul was subjected to sexual harassment unprecedented to me from what I’ve witnessed,” the guard wrote. “They were relishing insulting her. They were mocking her that she is liberated and would not mind the harassment such as sticking their hands into her underwear or touching her thighs or spouting degrading words at her.”

Human rights organizations began reporting in November 2018 accusations that Saudi interrogators tortured at least four women activists, including with electric shocks and whippings, and had sexually harassed and assaulted them. In January 2019, Human Rights Watch and Amnesty International said that Saudi authorities should allow international monitors to enter the country and investigate the torture allegations.

Saudi Arabia’s Public Prosecution announced in March 2019 that its office, which reports directly to the king and crown prince, the governmental Saudi Human Rights Commission, and the National Society for Human Rights each conducted separate investigations into the torture allegations and found no evidence to support them. None of these has agencies have the independence necessary to conduct a credible, transparent investigation that would hold those responsible for torture accountable.

In February, following her sentencing and conditional release, a Saudi appeals court rejected al-Hathloul’s credible claims that she had been tortured in jail, family members said. A month earlier, another court had also dismissed allegations that she was tortured, citing a lack of evidence.

In another text message, a prison guard mentioned al-Rabea, who was arrested alongside the women’s rights activists in May 2018 and later convicted by Saudi Arabia’s terrorism court on April 20 and sentenced to six years in prison on a host of vague and spurious charges related to his activism. The text said: “al-Rabea was among the people who was tortured beyond his capacity to endure, especially when the interrogator learned that he suffers from back pain and so he started to get creative with his torture, targeting already painful locations to the extent that he was not able to go to the bathroom without us helping him get there.”

Another separate informed source previously told Human Rights Watch that prison authorities tortured al-Rabea for months, including with electric shocks, waterboarding, and beatings. They held him in small spaces without sleep or rest for days at a time, hung him upside down, and often deprived him of meals during his first year of detention, the source said. An appeals court is expected to issue a decision on al-Rabea’s case on July 27. Al-Rabea is the last of the activists arrested in the May 2018 crackdown to remain in prison.

In one forwarded message, a prison guard described the suffering of another male human rights activists detained in 2018. “They did not have mercy on [name withheld] … I would go to him and I would find him a lifeless corpse and expect that he died until the doctor comes and helps him with painkillers and other medicine to revive him. Then they would again torture him.”

Given Saudi Arabia’s unwillingness to conduct a credible, independent investigation into the torture allegations, the country’s image will remain tarnished until authorities allow independent, international monitors to enter the country and investigate the torture claims, Human Rights Watch said. Saudi leaders should also vacate all charges, convictions, and sentences imposed on women’s rights activists and others based solely on their activism and peaceful expression of their views, Human Rights Watch said.

“The stench of torture and other horrific treatment of Saudi detainees will stick to Saudi leaders unless they take urgent steps to stop these crimes and hold the abusers to account, even at the highest levels,” Page said.