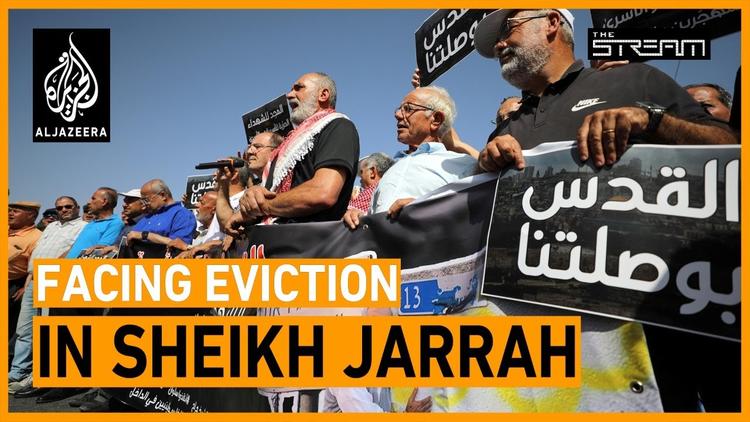 ( Middle East Monitor ) – Jerusalem is once again in the diplomatic crosshairs over US President Joe Biden’s intention to reopen the American Consulate in Jerusalem, which was closed by the Trump Administration in 2019. According to US Secretary of State Antony Blinken, reopening the consulate is “an important way for our country to engage with and provide support to the Palestinian people.” The new Israeli government, however, is intent on delaying, or preventing the consulate from functioning again, upon the pretexts of security concerns.

The Biden Administration’s lethargy in dealing with Palestinian rights may well succumb to Israel’s demands. Likud Knesset member Nir Barakat submitted a bill which would prevent the consulate’s reopening. “We are talking about the unification of Jerusalem,” Barakat declared. “Before we know it, there will be all sorts of European consulates in Jerusalem, and it will turn into the consulate capital for the Palestinians.”

Under former US President Donald Trump, the American Consulate for Palestinians was downgraded to a “Palestinian Affairs Unit” which functioned as part of the new US Embassy to Israel in Jerusalem. So far, Biden has been non-committal over rescinding the most important unilateral decisions taken by Trump, and while he claims to support the defunct two-state compromise, the emphasis on Israel’s security narrative not only emboldens Israel, but also validates the previous administration’s decisions.

While the Biden administration embellished its rhetoric with mentions of rights, it has failed to act upon the rights of Palestinians. Sheikh Jarrah is one recent notable example which highlights the dissociation between diplomacy and the people. The US is not concerned with Israel’s latest round of forced displacement, but considers reopening its diplomatic mission for Palestinians – an act which would thaw the freeze in relations between the US and the Palestinian Authority in the Trump era. But if the rights of Palestinians are not safeguarded, whose interests will the diplomatic mission be serving and who benefits from its re-establishment?

Israel’s concerns with the purported “unification of Jerusalem” and any perceived threats from the Palestinians who, under the terms dictated by the international community, claim East Jerusalem as their capital, are not in contradiction with the US government’s policies. Biden’s decision to retain the embassy in Jerusalem, rather that relocate to Tel Aviv, is more than enough indication that the current administration is not averse to continuing Trump’s policies without alluding to the fact.

The Palestinian Authority, on the other hand, is caught up in magnifying its own diplomatic standing, even though its popularity among Palestinians has long dwindled and what vestiges remained have been lost due to its passive stance over Sheikh Jarrah, Gaza, and the recent extrajudicial killing of Nizar Banat. If Israel and the US reach an agreement, which is doubtful in light of the proposed bill, the PA will not connect the reopening of the US consulate to any of the Palestinian rights which Blinken mentions but never elaborates upon. The diplomatic victory would have scored nothing in terms of benefits for Palestinians, since the US will not challenge Israel’s claims over “unification”.

Al Jazeera English: “What’s next for Palestinian families in Sheikh Jarrah? | The Stream”