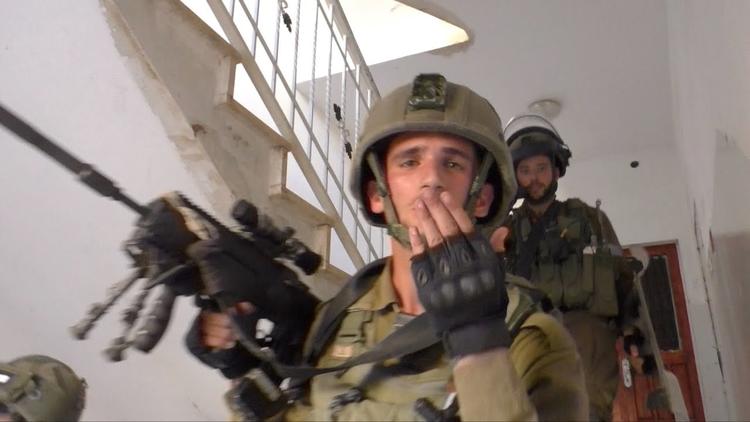 Ann Arbor (Informed Comment) – Al-Quds al-`Arabi reports that some 100 Israeli troops who served in the Palestinian West Bank have called on Defense Minister Benny Gantz and on Minister of Public Security Omer Bar-Lev to intervene to halt the violence of Israeli squatter-settlers toward indigenous Palestinians, which they say they saw with their own eyes.

The call came in a letter that was sent on Wednesday by troops who had recently completed their military service, according to Israeli Army Radio.

The troops said in their letter, “We, the undersigned, call upon you, male and female soldiers who served in the West Bank, to act now firmly against the phenomenon of settler violence.”

They underlined that “Settler violence has been raging for years with tacit support” from the Israeli state.

They continued, “In the past year, the phenomenon has become magnified and has manifested itself in, among other things, vandalizing property, throwing stones, and physical violence against Palestinians, as well as attacks on activists and security forces.”

The hundreds of thousands of Israeli squatters on Palestinian land are well armed and well organized, and these former soldiers are saying that they act as militias, sometimes attacking the Israeli occupation army itself if it tries to intervene against their lawlessness.

These former military personnel laid on Gantz and Bar-Lev the obligation to confront the violence of the squatters, adding, “We are the ones who served over there and we saw what this violence looks like on the ground.”

In a press release after they sent the letter, the former troops said that in the year 2020 there were 370 incidents of violence on the part of the squatters on the Palestinian West Bank, 42 of them directed at Israeli police and troops.

The squatter militias have impunity in part because of political deals made with them by the former prime minister Binyamin Netanyahu.

Al-Quds al-`Arabi notes that Israeli squatters on Palestinian land often sabotage their crops, burn olive and other essential trees, and attack and beat their Palestinian owners. Palestinians say that the Israeli authorities wink at these attacks, which they describe as gang violence, as a necessary part of their efforts to expand Israeli squatter-settlements in the Occupied West Bank.

The Jewish human rights organization Peace Now! has counted 661 Israeli squatter-settlements on Palestinian land, including the West Bank and East Jerusalem — 132 very large ones and 124 unlicensed outposts that are illegal even in Israeli law.

Meanwhile, it seems clear that the Israeli army itself and not only the squatters is engaged in concerted acts of violence.

“Israeli forces demolished 11 Palestinian-owned homes this morning in the Bedouin village of Al-Qabbun, to the northeast of Ramallah in the occupied West Bank, reported Wafa news agency.

Dismantling Palestinian homes and shelters is part of a larger Israeli campaign aimed at emptying all of the Bedouin communities in the area in favour of the Israeli colonial settlement enterprise.

According to Palestinian sources, Israeli authorities demolished more than 500 Palestinian homes and businesses in occupied East Jerusalem and the West Bank in the past year alone.”

They seized the Bedouins’ solar panels!