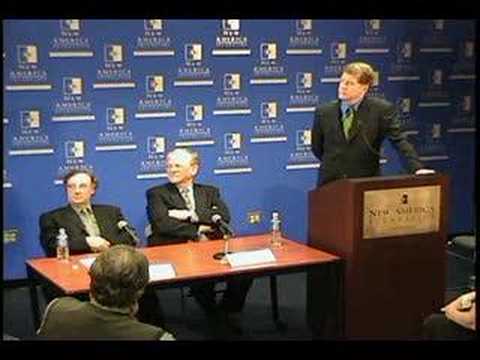 Ann Arbor (Informed Comment) – Former Secretary of Defense Donald Rumsfeld’s death at 88 is an occasion for me to recall some of my own writing on his sinister role in the Iraq War.

Rumsfeld wanted to invade Iraq so badly he just made up shit to justify that action. In a Salon article I noted that the day after 9/11, [anti-terrorism czar Richard] “Clarke reveals that Rumsfeld was already, on the afternoon of Sept. 12, “talking about broadening the objectives of our response and ‘getting Iraq.'”

Rumsfeld seems to me to have been completely unscrupulous, a high-functioning sociopath. The US, with Pakistan’s help, was able to capture some significant al-Qaeda operatives in 2002. In early 2003 they were intensively waterboarded, in what can only be described as a form of continuous and monstrous torture. Why? Here’s a tidbit that explains it all:

Jonathan S. Landay at McClatchy has discovered the real reason that Abu Zubaydah and Khalid Sheikh Muhammad were tortured dozens of times in the run-up to the Iraq War. It was because Dick Cheney and Donald Rumsfeld were trying to get them to say that Saddam Hussein had operational links with al-Qaeda, so as to have a firm justification for the war.

The US military has now combed through 6 million captured Iraqi government documents and has entirely failed to find any evidence of operational links between the secular Arab nationalist Baath Party and the radical fundamentalist al-Qaeda cult.

The information supplied to Landay by knowledgeable insiders is perhaps the clearest evidence yet that high officials in the Bush administration personally ordered repeated torture to be employed, and that they did so for partisan political gain rather than for national security.”

Rumsfeld either lied or thought he knew things he did not about poor, weak, ramshackle Iraq’s weapons programs (it had none). Just before he presided over the US invasion, I once recalled, “Secretary of Defense Donald Rumsfeld, challenged as to where exactly these nuclear sites were, lied that we knew– “We know where they are. They’re in the area around Tikrit and Baghdad and east, west, south, and north somewhat….”

“Year 1’s big lie was that the rising violence in Iraq was nothing out of the ordinary. The social turmoil kicked off by the invasion was repeatedly denied by Bush officials. When Iraqis massively looted government ministries and even private shops, then Secretary of Defense Donald Rumsfeld joked that U.S. media had videotape of one man carrying off a vase and that they kept looping it over and over again. The first year of the war saw the rise of a Sunni Arab guerrilla movement that repeatedly struck at U.S. troops and at members and leaders of the Shiite-dominated Interim Governing Council appointed by the American government.

After dozens of U.S. and British military deaths, Rumsfeld actually came out before the cameras and denied, in July of 2003, that there was a building guerrilla war. When CNN’s Jamie McIntyre quoted to him the Department of Defense definition of a guerrilla war — “military and paramilitary operations conducted in enemy-held or hostile territory by an irregular predominantly indigenous forces” — and said it appeared to fit Iraq, Rumsfeld replied, “It really doesn’t.” Bush was so little concerned by the challenge of an insurgency that he cavalierly taunted the Sunni Arab guerrillas, “Bring ’em on!” regardless of whether it might recklessly endanger U.S. soldiers. The guerrillas brought it on.”

“Among other things, Rumsfeld drew on a well-worn historical metaphor: Chamberlain’s appeasement of the Nazis at Munich, wondering aloud, “With the growing lethality and the increasing availability of weapons, can we truly afford to believe that somehow, some way, vicious extremists can be appeased?” Drawing a parallel between unnamed critics of the war in Iraq with those who tried to deal with Hitler in 1938, Rumsfeld arrives at the following conclusion: “Any kind of moral and intellectual confusion about who and what is right or wrong can severely weaken the ability of free societies to persevere.” This is the kind of argument that shuts out any further discussion, because any further discussion is, de facto, a kind of appeasement. Bloggers on the left — predictably — weren’t feeling the love.”

Beckerman reviewed the pushback from the left blogosphere of the time, then added at CJR:

“many bloggers look back to an older post by Juan Cole at his blog, Informed Comment, subtly titled, “The Crock of Appeasement.” Cole makes the argument that the right doesn’t understand what it is saying when it unequivocally blackens the concept of appeasement.

I hope someone showed Rumsfeld the column.

And here is my analysis of the obsession with spin rather than substance that marked Donald Rumsfeld’s tenure as Secretary of Defense and his Iraq policies in particular. He seemed entirely unconcerned about the massive sectarian civil war the U.S. helped unleash in that country by invading, overthrowing the government, disbanding the Iraqi army, and creating a political vacuum:

The NYT has gotten hold of a memo by Donald Rumsfeld detailing options on Iraq.

Several things struck me about it:

1. Rumsfeld doesn’t understand the magnitude of the crisis or the tightrope the US is walking in the Gulf. His attitude is almost lackadaisical. Doing an all right job, but it isn’t working fast enough or well enough. So maybe make some changes– apparently any old changes will do because there are infinite lives to play with and infinite monies to spend.

2. Rumsfeld spends more time plotting out how to manipulate the American public than how to win the war. Everything is about spin, about giving the image of progress even in the face of a rapid downward spiral into the abyss. Consider these phrases:

‘ Publicly announce a set of benchmarks agreed to by the Iraqi Government and the U.S. — political, economic and security goals — to chart a path ahead for the Iraqi government and Iraqi people (to get them moving) and for the U.S. public (to reassure them that progress can and is being made) . . .

Announce that whatever new approach the U.S. decides on, the U.S. is doing so on a trial basis. This will give us the ability to readjust and move to another course, if necessary, and therefore not “lose.”

It is about how we talk, how we are perceived to set goals, what is made to look like progress. It isn’t actually about getting progress. The point of going minimalist is to reduce expectations among the American public. If you tell them you can only move the ball a yard, you get a lot of points for moving it two yards.

There is nothing in the memo about effectively stopping the daily sectarian massacre in Iraq. Rumsfeld does not even appear to think there is a problem here. He doesn’t see the basis on which the fabric of Iraq is coming apart. But God forbid he should be seen by the US public as failing. So let’s set some vague “benchmarks” and make it look like progress is being made.

3. Rumsfeld openly admits that he wants to run Iraq just like Saddam did:

‘ Provide money to key political and religious leaders (as Saddam Hussein did), to get them to help us get through this difficult period. ‘

I mean, bribing people to be your puppets is bad enough, but citing Saddam’s policies as an example for how Iraq should be run is absolutely outrageous. Not only did Rumsfeld want to manipulate the American public with phony “benchmarks” and “minimalist” language, but he wanted to directly manipulate Iraqis by buying off their notables.

The specifically military suggestions in the memo are all over the map. In addition to a lot of contradictory and not obviously effective politicies, he steals ideas from Democratic Senators and Congressmen.

Three major car bombings and mortar attacks in Shiite neighborhoods of the capital left at least 51 dead. In addition,44 bodies were discovered on Saturday. Reuters reports 13 other deaths around the country in political violence and more dozens wounded. One of the dead was a US soldier in al-Anbar Province.

In addition, an assassination attempt was made on secular Sunni politician Salih Mutlak, which he blamed on Shiites.

Those were bad old days. Rumsfeld clearly chafed at the way the loss of the Vietnam War had soured the US public on foreign wars, and hoped that 9/11 would authorize a muscular US military dominance of the world in the 21st century. Instead, he managed to create a new generation of Americans opposed to such adventurism.

New America Foundation: “The Uses and Abuses of Expertise in War and Reconstruction ” (my comments on Rumsfeld 14 years ago)