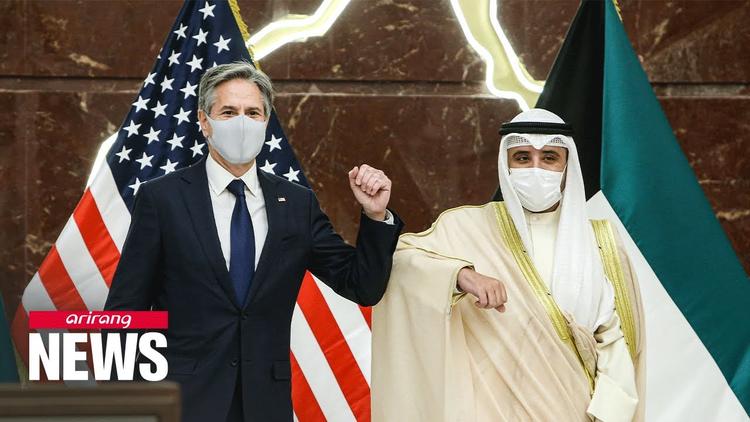 Mt. Berry, Ga. (Special to Informed Comment) – According to the latest news coverage, Iran-U.S. negotiations to revive the 2015 JCPOA are in trouble. The main sticking points involve a guarantee demanded by Tehran that Washington will not abandon the deal at some future date as it did in 2018 under the previous administration and promises demanded by Washington that Tehran will enter into regional and missile negotiations. Supreme Leader Ali Khamenei is counseling extreme distrust and Secretary of State Antony Blinken is warning that negotiations (or waiting to resume negotiations) cannot go on indefinitely. All of which could be the sort of hard posturing that goes on before a deal is struck, but it is enough to excite the martial fervor of the establishment in Israel and their neocon allies in the United States lusting for war against the Islamic Republic. What they appear to have in mind is the sort of high tech air war that helped to topple the governments of Afghanistan in 2001 and of Libya in 2011, one where the U.S. does the heavy lifting and Israel garners the international legitimacy of serving as its sole junior ally. The goal would be to destroy or degrade the ability of Iran to produce nuclear weapons and ballistic missiles.

In arguing for their optional war, the proponents seek to elicit a sense of dire urgency. Their message is that Iran must be prevented from going nuclear or something terrible will happen. Some readers may recall the false alarm sounded about Saddam Hussein’s non-existent weapons of mass destruction. This is different. Without the JCPOA or a similar agreement, Iran will likely acquire real nuclear weapons. The more accurate historical analogy is to the near hysterics in the United States in the early 1960s about the People’s Republic of China acquiring nuclear weapons. President John F. Kennedy and his advisors discussed a pre-emptive attack on “ChiCom nuclear capability” as it was described in the strange terminology of the period. Kennedy wisely listened to the saner voices and declined to sign-off on the attack. On October 16, 1964, China tested a nuclear warhead and the world did not come to an end. What did change was that both the United States and China began to treat one another with greater circumspection.

What Kennedy knew was that wars between great powers are easy to begin but difficult to end. Barbara Tuchman’s Pulitzer prize winning history The Guns of August was one of the president’s favorites. Those who now lobby for a U.S.-Israeli air strike on Iran ALSO know that wars between great powers are difficult to end, indeed that is an important part of their agenda. The air war they have in mind would go on indefinitely, a periodic rain of death and destruction on Iran funded by the U.S. taxpayer that prevents Iran from emerging as a regional rival to Israel and prevents the U.S. from ever detaching itself from Israel. Think of Israel’s periodic punishment of Gaza, but scaled up roughly 40 times.

Against the prospect of a bitter war without end that would dwarf the conflicts in Iraq or Afghanistan, a world with a nuclear armed Iran deserves a second look. Although nuclear weapons proliferation is often portrayed as leading inexorably toward their use but the historical record is that nuclear weapons have not been used to wage war since 1945, when only one state possessed them. Nuclear deterrence between the U.S. and Soviet Union explains the complete absence of great power war since the end of the Second World War. The existential threat posed by nuclear weapons endangers a sober risk aversion among decision makers, at least with respect to other nuclear weapons states. The United States and Soviet Union had to be more careful with China after it acquired the bomb; China had to be more careful with India after it acquired the bomb; and India had to be more careful with Pakistan after it acquired the bomb. The U.S. handles a truculent North Korea with extreme care for the same reason.

What would a nuclear armed Iran mean for the Middle East? Israel would no longer possess a regional nuclear weapons monopoly. Nuclear deterrence between Israel and Iran would not silence to their high-volume rhetoric against one another but it would restrain both from engaging in security provocations that could result in interstate war. The risks involved in a nuclear exchange would also mean that the United States would be less willing to give Israel a blank check in its relations with neighboring Arab states.

Nuclear deterrence might permit something unexpected. It is worth remembering that liberalizing social and political reforms enjoyed a heyday under the grim shadow of nuclear obliteration during the Cold War. Both the United States and Soviet Union became more open societies in the 1960s and subsequent decades. Perhaps Israel and Iran would become similarly less repressive.

That Iran with the bomb might result in nuclear deterrence rather than doomsday is a heretical idea in contemporary public discourse. Yet it is certain that decision makers in every one of the concerned capitals have thought it even if they haven’t voiced it aloud. If the negotiations to revive the JCPOA are ultimately unsuccessful, war is an option that need not be selected.