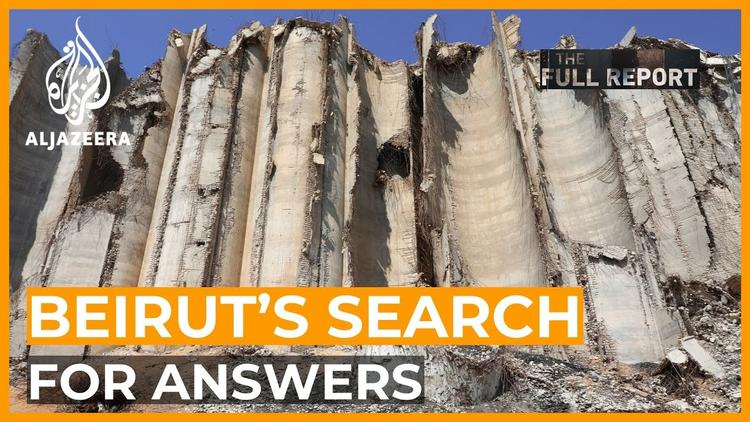 ( The Conversation) – Twelve months on from the disastrous port explosion which killed more than 200 people, injured thousands and left an estimated 300,000 people without homes, Lebanon’s dramatic descent into economic and political crisis deepens. So grave has been Lebanon’s economic collapse that the World Bank ranks it among the three most severe seen anywhere since the mid-19th century.

The data starkly illuminates a growing humanitarian disaster. More than 900,000 Lebanese are unable to secure sufficient food and basic services as prices have increased by 580% since October 2020. Half the population now live beneath the poverty line. Formal unemployment has increased by 35%. And as if the situation wasn’t dire enough, the state’s political leaders have failed to form a power-sharing government.

The immediate factors driving the situation are the banking crisis of 2019, worsened by the COVID pandemic that followed. The liquidity crisis that consumed the banking sector led to the devaluation of the Lebanese pound by 90% and GDP to decline by 9.2% in 2020. Yet, to fully understand the nature of the crisis, it’s important to get a handle on Lebanon’s lethal mix of political sectarianism and neoliberalism.

The term political sectarianism refers to Lebanon’s power-sharing system, reinvented after the 1975-1990 civil war. The supposed objective of power sharing is to give guaranteed seats in government to the representatives of the state’s main 18 sects. Power-sharing is thus meant to ensure that no sect can dominate the state at the exclusion of the others.

What power-sharing has achieved is a situation in which a group of civil war-era warlords and tycoons have used their positions as elected sect leaders to capture the state’s economic institutions. These figures use the spoils of the state to enrich their own personal fortunes. The 2020 Corruption Perception Index (CPI) ranked Lebanon among the world’s most corrupt states.

These sectarian leaders further use these resources to essentially buy political support. Basic services – healthcare, electricity and gas – are increasingly controlled by private sectarian factions. These services are handed out to members of their communities on the basis that they will give their vote to the sect leaders. This system makes many citizens dependent on the sectarian factions for basic day-to-day survival.

It is here that political sectarianism overlaps with neoliberalism. Neoliberalism is associated with the rolling back of the state, ushering in privatisation, low taxation and the outsourcing of public works and services (such as garbage collection) to private companies. Postwar Lebanon has been described as an example of “actually existing neoliberalism”.

One of the most infamous examples of this neoliberalism is the reconstruction of Beirut’s downtown by Solidere, a private–public company set up by Lebanon’s former prime minister, Rafic Hariri. The transfer of public space into private hands netted Solidere US$8 billion (£5.7 billion) – one-quarter of Lebanon’s GDP.

Rather than develop public services to foster inclusive citizenship and legitimacy, elites have eroded key institutions that act as the pillars of stability.

The pressing question is where is Lebanon heading? The World Bank has warned that Lebanon’s “brutal and rapid contraction is usually associated with conflicts or wars”. Lebanon’s 15-year civil war left more than 150,000 dead and a million displaced persons. A relapse into this kind of all-out civil war is highly unlikely.

More probable is a fresh wave of social unrest. People power in the form of protest movements has become a common form of opposition against Lebanon’s corrupt sectarian leaders. In 2019, as the banking crisis emerged and punitive taxes were introduced, ordinary Lebanese people across the country took to the streets in what was called the thawra (“uprising”). Protesters chanted, “All of them means all of them,” meaning all of the sectarian leaders have to be ousted.

Importantly, thawra gave voice to a range of maginalised groups, including women, LGBTQ+ citizens and anti-racists and those supporting migrant domestic workers.

The sectarian elites have deployed all of the tricks at their disposal to ensure the survival of the regime, apparently in the interests of stability. Security forces have arrested activists – even for their social media posts – and have unleashed their henchmen to beat up protesters.

Yet, with the salaries of the security forces gutted, it is increasingly unlikely that they can be trusted to quash protests. Even party loyalists – themselves hurting from the economic meltdown – may withdraw their support.

The recent appointment of Najib Mikati as prime minister-designate represents another billionaire tycoon holding the reins of power. As a reformist, Mikati is likely merely to tinker with the status quo, rather than consider the meaningful transformation of the sectarian system which is so desperately needed.

The has traditionally tried to maintain a policy of propping up Lebanon’s broken political system. At present, in particular, the west views Lebanon as a key actor in the international refugee regime. In addition to the 200,000 displaced Palestinians living within the country’s borders, Lebanon now hosts an estimated 1.5 million refugees fleeing from civil war in neighbouring Syria.

But these efforts to maintain regime survival run counter to what many Lebanese citizens want. For them, there is no merit in going back to a failed system unable to provide basic services, jobs and human rights. Something will have to give. The status quo can no longer hold.