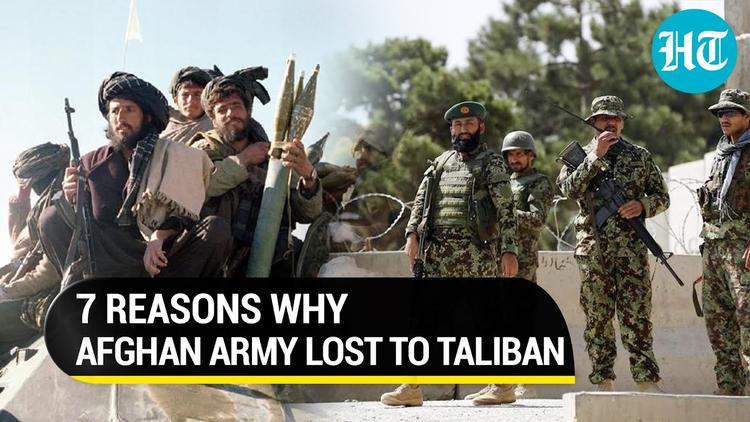 The swift collapse of the Afghan military in recent days caught many in the U.S. by surprise, including the chairman of the Joint Chiefs of Staff.

In the months after President Joe Biden’s April 2021 announcement of the troop withdrawal, intelligence reports warned that the Afghan military might not fight on its own, opening the way for a Taliban takeover after U.S. forces withdrew.

Yet few expected that the Taliban would succeed so quickly.

On Aug. 10, a U.S. intelligence assessment had predicted a Taliban takeover within 90 days. It took just five.

My research into what game theorists and academics call “commitment problems” identifies the problem, and it’s not one that most experts are talking about, like poor planning or corruption. The patterns of the Afghan military’s collapse indicate it was the collective result of individual soldiers making rational decisions about their own situations and deciding not to fight.

Looking for the right cause

Throughout the conflict, the perennial emphasis on a U.S. “exit strategy” meant U.S. politicians always focused on whether it was time to leave yet. For 20 years, U.S. efforts focused on short-term thinking and problem-solving that shifted both military and political goals over time, rather than investing the time and effort to develop a comprehensive long-term strategy for the war. An arguably lukewarm U.S. commitment steadily created many of the underlying conditions for the Afghan military’s collapse. However, it did not entirely determine the outcome.

Biden claimed that the Afghan military lacked the will to fight. Others have blamed possible training problems, incompetent or corrupt Afghan soldiers, and too much reliance on private contractors to prop up Afghan forces.

Based on my research and analysis, the primary cause of what happened in the Afghan military is not any of those, nor was it a failure of character. Instead, soldiers encountered a “commitment problem,” seeing rapidly shifting conditions that changed their minds from being willing to fight to realizing it was a bad – and dangerous – idea now.

A cascade of surrender

Soldiers seek strength in numbers. When soldiers fight in battle, they only succeed if they fight as a unit. However, individual decisions to fight or flee depend on mutual expectations. If they expect most of their comrades will fight, soldiers’ best interest is also to fight.

But if they expect most of their comrades will surrender, soldiers may find it more attractive to surrender – which leads to a “collective action problem.” If soldiers learn that other units have actually surrendered, they expect their own comrades’ resolve to be low and will become less likely to fight. A few initial surrenders or desertions can spark a few more, and then more and more until an entire army collapses.

This is precisely what happened to the Afghan military. As the U.S. withdrawal began in May, the Taliban started gaining territory. As they advanced, the Taliban also negotiated with groups of Afghan forces stationed at outposts and in towns, and convinced some troops to surrender. Once the first bout of surrendering occurred and the news began to spread, others quickly followed, facilitating accelerating momentum to the Taliban as they advanced without facing major resistance. In the end, Afghan soldiers chose safety in numbers by surrendering together.

Hindustan Times: “Trained by Americans, defeated by Taliban: Why Afghan forces collapsed like a house of cards”