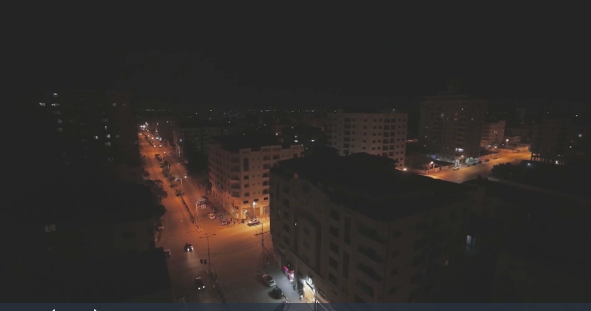 Ann Arbor (Informed Comment) – The International Committee of the Red Cross has released a detailed study of life for Palestinians in the Gaza Strip that is just as depressing as you would imagine. The electricity situation there has been touch and go for years, in large part because of the illegal Israeli civilian blockade on the population that Tel Aviv occupies. In the wake of Israel’s massive attack on the Strip’s civilian infrastructure this spring, things are even more dire.

Under international law, Israel is the Occupying power in Gaza and therefore is responsible for the health and well-being of the civilian population there. Israel is rather falling down on the job.

The Red Cross says, “the demand for electricity in the Gaza Strip is estimated at 470 megawatts, of which approximately 45% are currently being met.”

The best even well-off Palestinians there can hope for is 10-12 hours a day of electricity, with generators making up some of the rest. But of the 2 million Palestinians under Israeli siege in Gaza, 500,000, about a fourth, cannot afford a generator, or fuel for one.

The report says, “86.2% of the sample reported that they received electricity for (6–8) hours daily on average during the year.”

Sometimes public electricity after the recent indiscriminate Israeli bombardments is on for no more than 5 hours a day.

Today’s high in Gaza is 95F (35C). Virtually any American living in 95 degrees weather has the air conditioning going full blast. Not Palestinians in Gaza, at least, not for very much of the day or night. I don’t know how they sleep at night.

94% of Palestinians in Gaza say that the lack of electricity is affecting their mental health.

A majority says that one of their biggest problems is that their appliances blow out because of the intermittent electricity.

Fully 82% of Palestinians in Gaza report that they cannot refrigerate their food. I can only imagine that a lot of them are getting food poisoning.

And without enough electricity, the waste treatment plants aren’t working, so that 33 million gallons of raw sewerage is expelled into the Mediterranean every day, endangering Palestinians who go to the beach. (Likely it is endangering Israeli beach-goers, too.)

Because of the lack of electricity to do waste treatment, about a third of Palestinians in Gaza are forced to drink dirty water, a severe human rights crisis and one that profoundly threatens the health of Palestinian children.

The Red Cross writes, “The electricity crisis forced hospitals to postpone non-emergency surgical operations, thus increasing the estimated waiting period by 16 months by the beginning of 2020, compared with 3 months in 2000.”

A simple majority of Palestinians in Gaza have to spend time every day buying fresh food, since they cannot reliably refrigerate left-overs. About 40% try not to buy food that spoils easily.

They have to wash their clothes by hand, since the washing machine requires electricity they don’t have. Housework is crushing, as if they were living in the nineteenth century.

Since workshops and other workplaces often need electricity to function, 15% of Palestinians say they have lost their jobs because of the blackouts. Another 10% are working reduced hours, and losing income.

70% of the Palestinians crowded into the Gaza Strip were forced out of their homes in what is now southern Israel by militant Zionist gangs in 1948. Many still live in squalid refugee camps, having never received a dime in reparations from the Israelis who stole their farms.

Now, the children in these camps cannot even finish their homework because the electricity has gone out and many families cannot afford fuel for oil lamps.