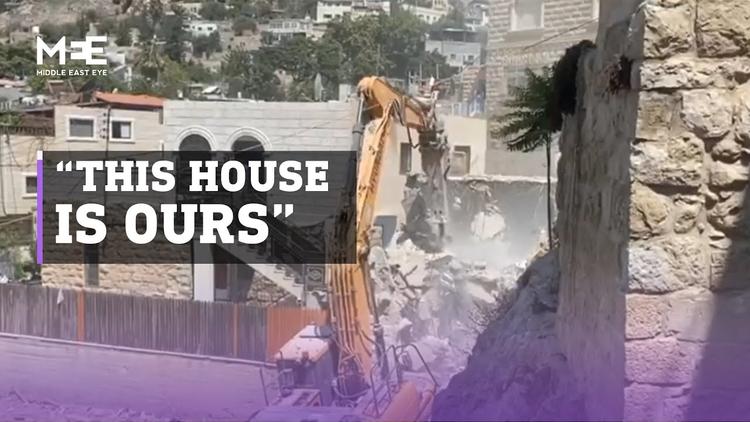 ( Middle East Monitor) – An Israeli writer has said that “the statistical reality in the city of Jerusalem shows that 77% of the Old City’s residents are Muslim while only 10% are Jewish.”

The writer observed that 24 per cent of the Old City’s territories in Jerusalem are owned by the Islamic Waqf (Endowment), which is equivalent to 210 dunums (21 hectars), including Al-Aqsa Mosque’s 144 dunums (14.4 hectars).

Yisrael Cemhi, an Israeli researcher who specialises in Jerusalem affairs, reported that out of 870 original dunums in the Old City, 450 are used for housing while 270 are dedicated to religious and educational institutions, though they are not currently in use. There are 6,187 apartments in the Old City, of which 3,622 are in the Islamic quarter, 1,295 in the Christian quarter, 677 in the Armenian quarter and 493 in the Jewish quarter.”

“The number of Muslims has witnessed an exponential increase since 1967 until today. It has even doubled, and that’s for two reasons: the first is the aspiration of the Palestinians to preserve the Arab and Islamic character of the Old City; and the second is the housing crisis emanating from the planning and construction policies that hinder any new constructions by the Arabs in East Jerusalem.”

He added “with regard to Jewish residents, who did not exist in the Old City prior to 1967, their number today is about 3,500, amounting to 10% of the Old City’s residents. Since 1995, there has been a rise of no more than 1.5%, while the number of Christian residents fell slightly.”

“There are now 75 properties in the Islamic quarter in which Jews reside,” he explained.

Middle East Eye: “Silwan demolitions: “This house is ours”