Ann Arbor (Informed Comment) – British academic Abdul-Azim Ahmed of Cardiff University, an expert on mosques in the UK, complained on Twitter that he was invited onto television to debate whether the Taliban represent Islam:

Just had a call from a journo asking if I could go on live to debate whether the Taliban represent Islam. Hard no. 20 years and there are so few signs as a society we have moved on at all or learned anything.

I sympathize with his despondency that the European and North American press can still ask a stupid question like that in 2021. Muslims are nearly 1/4 of humanity and, as you might imagine, their practice of Islam varies widely. To say the least.

I addressed a similar question regarding ISIL in a Nation essay, How Islamic is the Islamic State?

All you have to do is think about the manifestations of Christianity. You have your Kentucky snake handlers and your QAnon militants, some of whom carried guns at the Capitol insurrection. Then you have your mainstream Presbyterians and Congregationalists. You have your Order of the Solar Temple cult inside Catholicism. And then you have mainstream American Roman Catholicism. And we haven’t even gone into Evangelicalism in Brazil or all the different ways Christianity is practiced in sub-Saharan Africa. There, you have millions of ordinary Catholics and Protestants but also the virulent Christian terrorist organization, the Lord’s Resistance Army. If we go back in time, you have your Protestant Peasants War in the early 1500s in Germany. You get the picture.

In my view, the Taliban resemble the Ku Klux Klan. New York Times journalist David Sanger complained when I said that, saying that the Taliban took over a whole country and the KKK is a fringe. But I’d just like to point out that the KKK had enormous influence in the Democratic Party in the 1920s and that it took over the state of Indiana for a while in the 1920s, having the governor, a majority of the state assembly, and 250,000 cadre members. And today’s KKK was an important constituency for Trumpism and influential on the former guy’s policies.

Likewise, there are all kinds of Muslims. Here’s a picture I snapped in Tunis in late spring, 2012. It has two Muslim women in it. One is a traffic cop. The other is standing in the background. There isn’t a veil of any sort in sight. 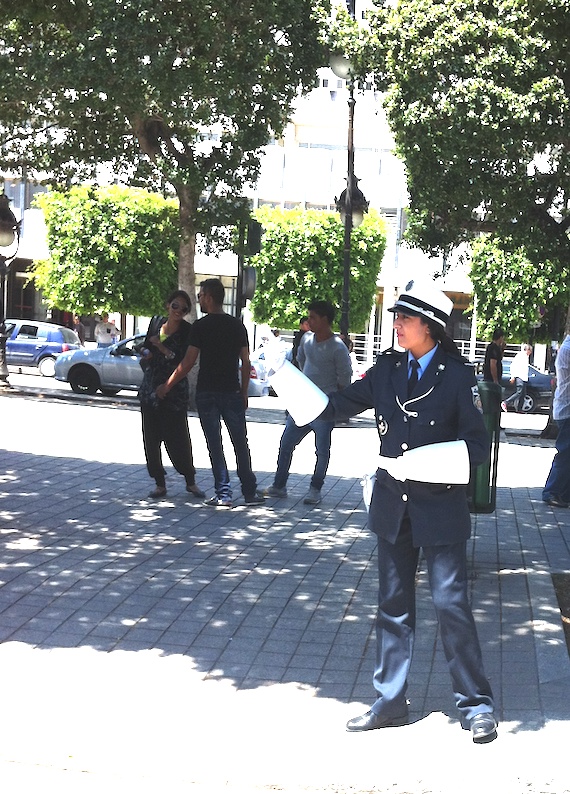 The Tunisian constitution, passed by a constituent assembly in 2014 that was dominated by the pro-Islam Renaissance (al-Nahda) Party, specifies the equality of women and men. The US constitution does not have such a provision, in part because the Equal Rights Amendment was successfully opposed by the U.S. Christian Right.

What I would say about the Taliban is that they are an outlier in the Muslim world. The old Taliban had been formed in seminaries of the Deoband school of Islam. I think of Deobandis as sort of like Haredim or ultra-Orthodox among Jews. The school developed in British colonial India and was a way for Indian Muslims to assert their identities against British Christian rule and the Hindu majority. It is a sectarian movement and the vast majority of Indian Muslims rejected it. Its seminaries in northern Pakistan attracted Saudi funding, and so some seminaries mixed Deobandi teachings with some ideas from the hard line, rigid Saudi Wahhabi movement. But the Taliban were also the result of the chaos and violence of the Soviet occupation of Afghanistan. Many were orphans. They were misogynists, knowing few women. They were militant in a country of then 16 million where a million had died and three million had been wounded and 7 million displaced.

Mainstream Sunni Muslims in Egypt (population 100 million) or Turkey (pop. 82 million) do not agree with most Taliban practices and beliefs. In fact, almost no one outside Afghanistan shares many beliefs or practices with the Taliban. They are an Afghan (and to some extent northern Pakistan) phenomenon, and even most Afghans and Pukhtun Pakistanis don’t share their views.

Here is a picture I took in May, 2010, of Egyptian undergraduates getting ready for a pop music concert. Young men and women socially mixed. Most of the young women had head coverings, but they jumped up and down and danced during the concert, so that wasn’t a sign of being puritanical. None of this behavior would be allowed by the Taliban, who believe in strict gender segregation, what some critics call gender apartheid, and at least the old Taliban would not have allowed women university students. 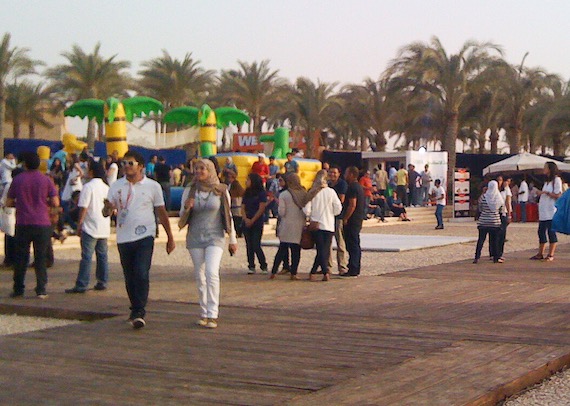 Well, you might ask, sure, there are lots of liberal Muslims nowadays, but are the Taliban closer to the Muslims scripture, the Qur’an?

I wrote a book about the Prophet Muhammad and the Qur’an, which has become a midlist book and has been warmly welcomed by many Muslims around the world (it has been translated and published in Arabic, Persian, Bahasa Indonesian and Serbo-Croation, and an Albanian edition is in the works).

Here are some Qur’an quotes that the Taliban routinely ignore:

“They will be given their reward twice over inasmuch as they patiently endured, and repel evil with good deeds and shared the provisions we gave them. And when they hear abusive talk, they turn away from it and say, ‘to us our deeds and to you yours; peace be upon you– we do not seek out the unruly.'”

That is, the Qur’an urges a kind of turning the other cheek in the face of mere harassment, and urges returning evil deeds with good ones, and wishing peace and well-being (salam) on all. The Qur’an does permit warfare in self-defense if a community is militarily attacked, but sees that as a last resort. The first option recommended is to try to win the enemy over with kindness.

This sentiment is repeated:

“Good and evil are not equal. Repel the latter with the highest good, and behold, your enemy will become a devoted patron.”

The Taliban are sectarian, hyper-Sunni and have massacred Shiites. Yet the Qur’an discouraged sectarianism in the community

“Hold fast, all of you, to the cord of God, and do not divide into factions. Remember God’s favor to you, inasmuch as you were enemies, but he united your hearts–so that by his blessing you became siblings. You were on the brink of a pit of fire, and he delivered you from it. In this way does God make clear his signs to you, so that you might be guided.”

“Do not be like those who divided into sects and disputed, after clear verses came to them, for severe torment awaits them.”

The Qur’an only allows defensive war, but the Taliban took Afghanistan by aggressive war, twice.

The Cow 2:190 says, “Fight in the path of God those who enter into combat against you, but do not transgress. God does not love transgressors.

The Chambers 49:13 says, “People, we have created you male and female and made you nations and tribes so that you may come to know one another. The noblest of you in the sight of God is the most pious of you. God is knowing and aware.”

I could go on but you get the picture. Are the Taliban a kind of Muslim? Sure. Are they true to basic Qur’anic values? No. They have substituted later oral traditions for the Qur’an and have interpreted the latter in a militant way born of anti-colonial sentiment.