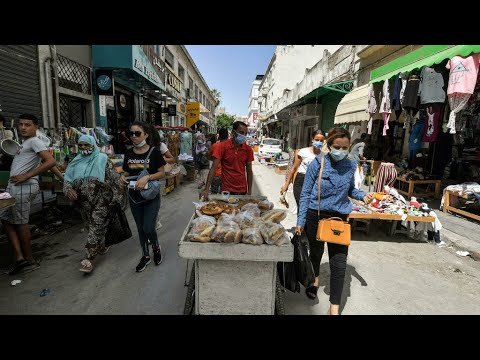 ( Middle East Monitor ) – The constitutionally-limited role of the president of the republic in Tunisia doesn’t encourage involvement or intervention in day to day affairs; that is the role of parliament and the government, headed by the prime minister. This has vexed constitutional law professor Kais Saied, who became president with 70 per cent of the total number of votes cast, many of them from supporters of Ennahda, the Islamist movement.

In a bizarre effort to take revenge for the limitations of his office he has taken a number of steps over the past two years to disrupt the work of the legislative and executive authorities which needs his approval. He has made it clear that he wants the powers denied to him by the Constitution, despite his deep knowledge of its text and significance.

Saied is now concentrating on planning and devising ways to change the political system in Tunisia, which was introduced by the 2014 Constitution following the 2011 Jasmine Revolution. This has been at the expense of the country’s diplomatic efforts overseas, something for which the president does have the responsibility. Tunisia’s international presence has reduced noticeably, with fewer than five foreign trips in over a year.

Moreover, the president has been accused, inter alia, of complicating a number of matters. He has, for example, apparently disrupted the ratification of a law making it a criminal offence to glorify the regime of Zine El Abidine Ben Ali, which is supposed to tame reckless politicians like Abir Moussi. Sessions of parliament have also been disrupted, it is said, by his hampering of the security services, both presidential and parliamentary.

A flashpoint earlier this year was Saied’s refusal to allow new ministers to take their oaths of office, which effectively blocked a cabinet reshuffle. These were ministers proposed by Hichem Mechichi, who was appointed as Prime Minister by Saied himself last year. Such open disdain for the parliamentary system has seen him refusing to sit in dialogue with the main political parties in the country.

Saied has made vague statements about conspirators and miscreants in Tunisia, without naming them. This has caused frequent confusion.

A key state institution is the Constitutional Court, and yet the president has blocked its establishment ever since he took office. A number of parties have backed him in this.

In his latest “emergency measures”, Saied has interpreted Article 80 of the Constitution in a way that most constitutional jurists say is incorrect. In doing so he has suspended parliamentary activities, dissolved the executive authority and attempted to interfere in the functioning of the judiciary. It should be noted that whenever Prime Minister Mechichi has tried to change or amend certain things, his efforts have always been rejected by the president.

Even though there is some support for Saied’s measures within the country, he has imposed a curfew and banned demonstrations and gatherings in public places. Raids have taken place at the homes of a number of members of the Dignity Coalition; others have been arrested. The military judiciary had to intervene to stop this in response to pressure from lawyers.

The same military officials have been ordered by Saied — a civilian president, remember — to deal with recorded violations against a number of MPs, all of which fall under freedom of expression. He has stopped short, however, of prosecuting corrupt individuals and looters of the country’s wealth, a week or more after mentioning a list of 460 corrupt people.

None of this absolves Ennahda movement or any other party participating in the political process in Tunisia; my intention is to put priorities in order and show where the finger of blame should be pointed. Ennahda does not head the government and nor does it have any ministers; how, then, can it be responsible for what is happening?

It is significant, I believe, that wealthy countries which refrained from providing Tunisia post-2011 with the loans, grants and investments that they had been giving to the Ben Ali regime, have now rushed to express their support for Kais Saied both politically and financially. It is also significant that Saied has been vocal in the media about the support he has received, but has not — at the time of writing — named those whom he accuses of recruiting rioters to create problems on the streets.

However, despite the disaster brought about by Saied and his aides, the curtain has not, and will not, come down on Tunisia’s Arab Spring. Tunisians are a uniquely educated and knowledgeable people who are distinguished across the Arab world. They will reject anyone who tries to exploit the country’s current economic crisis to impose a personal agenda. This includes Kais Saied.