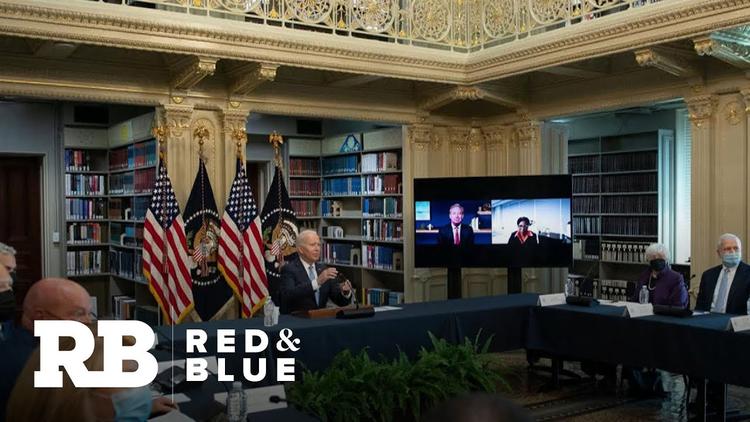 Ann Arbor (Informed Comment) – Alexander Ward and Quint Forgey at Politico raise a crucial question about the AUKUS alliance among the United States, the United Kingdom, and Australia that involves providing Australia with nuclear submarines. Is it a form of proliferation and does it provide justification for Iran’s civilian nuclear enrichment program?

Nuclear submarines are fueled by an onboard nuclear reactor. The reactor generates heat that boils water and drives a turbine, powering the sub. A nuclear submarine does not have nuclear warheads, or at least not necessarily. The “nuclear” refers to how it is powered.

Australia had a 2015, $66 billion contract with France for 12 diesel-fueled submarines which need oxygen to burn.

France is very, very upset that the US convinced Australia to drop French-supplied submarines in favor of 8 American and British nuclear-powered ones, without giving Paris any head’s up.

France also constructs nuclear submarines, and could have supplied those vessels to Canberra, but was cut out of the deal in what President Emmanuel Macron calls with considerable justification a “stab in the back.”

The US and Australia are justifying the decision by pointing to China’s increasingly aggressive naval posture in which it has picked fights with the Philippines and Japan. In such a contentious naval atmosphere, the French diesel subs looked antiquated.

Diesel-fueled submarines have the disadvantage of needing to surface fairly often, so that they can be tracked and observed. When the sub has access to oxygen, the diesel-electric engine charges large batteries. The vessel can then submerge and run on the batteries for a few days until they use up their charge. The sub then needs to surface for oxygen so as to burn more diesel and recharge the batteries.

Still, the Biden administration’s deal is presumably a gift to General Dynamics’ Electric Boat division, which constructs such submarines in Connecticut. That district is represented by Rep. Joe Courtney (D-Conn.), chair of the Armed Services Subcommittee on Seapower and Projection Forces.

Nuclear reactors do not need oxygen to operate, and they heat water to run turbines directly, so they can remain submerged for as long as the crew has food and supplies, which are typically stocked for a three-month undersea voyage.

Because they do not need to surface very often, nuclear submarines can make themselves invisible to the enemy. Because they can remain submerged for months on end, they can be sent out to scout enemy positions rapidly. They have no logistical requirements or supply chain and so have no real constraints either as reconnaissance or attack vessels. Because of their larger size, they do lose some maneuverability compared to diesel-powered subs.

The nonproliferation issues are severe, however. Before this, the US had only shared its nuclear submarines with the UK.

Australia does not have the know-how or facilities to make fuel for the submarines, which require uranium enriched to 20%. That is, U-235 has to be increased to 20% with U-238 at 80%. In nature, uranium ore typically contains only small amounts of the more volatile U-235.

So, will Canberra begin a nuclear enrichment program? Typically nowadays enrichment is carried out in centrifuges, which is what Iran has been doing.

Isn’t the US encouraging Australia to develop this capability by providing it with nuclear-powered submarines?

Australian energy experts warn that the country should avoid going in for nuclear reactors to generate electricity, given the impossibility of disposing of nuclear waste, the dangers of meltdowns demonstrated at Fukushima, and the expensive nature of nuclear-made electricity as renewables plummet in price.

Iran does not have a nuclear weapons program, just a civilian nuclear enrichment program. It has a small medical reactor that needs for fuel uranium enriched to 20%, which was Iran’s original justification for enriching to that level. It is the same level Australia would need to reach to fuel its submarines.

Why should Australia be encouraged to develop this capability by the US, when Washington has crushed Iran’s civilian economy under Draconian sanctions for doing the same thing? And Iran’s program isn’t even aimed at any military use as far as the CIA intelligence assessments can find.

At the very least, the AUKUS deal with its nuclear component and its implication of proliferation to a new country (and a new continent!) raises the appearance of a profound double standard on the part of the United States government.

Iran is often accused of violating the Nuclear Non-Proliferation Treaty, to which it is a signatory. But if I am not mistaken, the only violation occurred in 2002, when Iran began doing some experiments with enrichment and did not inform the International Atomic Energy Agency of the UN, as the NPT requires. When the whistle was blown on its experiments, the Iranian government of Mohammad Khatami came clean and since then has been under IAEA inspections. Under the 2015 JCPOA nuclear deal, which constrained Iran in ways that the NPT does not, the inspection regime is particularly stringent. Iran agreed to those restrictions in return for sanctions relief, which it never got — indeed, sanctions were greatly increased under Trump — and so it has declined strictly to adhere to the JCPOA since 2019. Tehran says it is open to returning to the treaty if sanctions are genuinely lifted by the US this time.

It seems to me that the only difference between Australians and Iranians in this regard is that Australia is part of the white Anglophone diaspora. It is also part of the Five Eyes intelligence program, which groups the US, Canada, the UK, New Zealand and Australia (hmm, I wonder what they have in common)?

Race is so central to US politics that it even comes into nuclear policy!