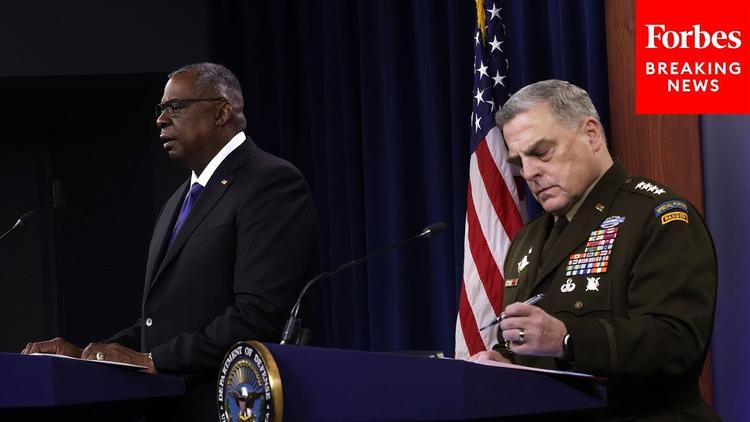 ( Foreign Policy in Focus ) – When he was trying to win the Vietnam War, Richard Nixon famously told his chief of staff that he wanted Communist leaders—in the Soviet Union, in North Vietnam—to think that the U.S. president was a mad man, that he was capable of doing pretty much anything up to and including the use of nuclear weapons. Fear of an unpredictable, erratic leader would bring the Communists to the negotiating table and render them more conciliatory.

Nixon’s was, of course, a calculated craziness. “When the wind is southerly,” Tricky Dick certainly could distinguish “a hawk from a handsaw,” as Hamlet famously put it.

A half century later, America has had to deal with a different kind of crazy in the White House. Although Donald Trump has insisted that he’s a “stable genius,” all the evidence suggests otherwise. After Trump lost the 2020 election, even those in his close circle of advisors began to question the president’s sanity. There was a distinct possibility that a real mad man now held the reins of power and that he was willing to do pretty much anything to stay in the Oval Office, up to and including a coup.

Mark Milley, the chairman of the Joint Chiefs of Staff, was one of the most prominent members of this group of the concerned. In their new book I Alone Can Fix This, Carol Leonnig and Philip Rucker report how Milley considered Trump’s declaration of fraud after the November elections a “Reichstag moment,” with the president potentially using false charges of electoral misconduct to subvert the democratic process and remain in charge. Milley began to strategize on how to prevent Trump from using the military toward that end.

According to another recent book, Peril by Bob Woodward and Robert Costa, Milley went further. On two occasions, just before the elections and after the January 6 insurrection, he called his Chinese counterpart to provide reassurances that the United States wasn’t planning on starting a war. He also told advisors to keep him informed of any presidential decisions around the use of nuclear weapons.

Those specific dangers have passed. Trump is out of the White House. The right-wing coup didn’t take place.

But now Milley, who has continued on in his position into the Biden administration, finds himself at the center of controversy because of these recent revelations. Trump, not surprisingly, has called Milley’s actions “treasonous,” a charge repeated by Republican politicians and the right-wing media as part of their demand that Milley be fired.

Most everyone else has been quietly relieved that someone like Milley was in place to put a policy straitjacket on the madman in the Oval Office.

Interestingly, it’s not just right-wing lunatics who have voiced reservations about Milley.

Alexander Vindman came to public attention during the first impeachment proceedings against Donald Trump. Here was military rectitude personified: a lieutenant colonel working in the National Security Council who went through all the proper channels to voice his concern about the pressure Trump was putting on Ukraine to launch an investigation into corruption charges involving Joe Biden’s son. Vindman gave testimony twice to Congress at great personal cost. When the Senate acquitted Trump, Vindman was booted off the National Security Council and forced out of the Army as well.

Here, in other words, was someone who threw himself into the line of fire in order to call attention to presidential misconduct. You’d think he’d feel some affinity for Mark Milley.

In an opinion piece for The Washington Post, Vindman argues that Milley should have simply resigned. He should have “publicly expressed his concerns and joined other senior leaders, including Cabinet officials, who stepped down after Jan. 6, which would have been a proactive move against further abuse of power,” Vindman maintains. “Instead, the reporting suggests, Milley blustered to subordinates, raised grave concerns with House Speaker Nancy Pelosi and, sometime in the same period, sought to circumvent or subvert the chain of command.”

But wait, wouldn’t resignation have given Donald Trump exactly what he wanted, an opportunity to replace Milley with someone more pliable?

Vindman disagrees: “I am befuddled by the notion that only Milley was standing between a madman and Armageddon. That is the plot of a Hollywood blockbuster. That is not the way the U.S. military operates. Any one of the other chiefs of staff or the vice chairman would have stepped up and continued to serve as a guardrail.”

This all sounds reasonable.

But it doesn’t hold up to closer scrutiny.

Let’s first address the China question. Military officials routinely contact their counterparts as part of efforts to avoid war and deescalate conflict. “I didn’t consider that abnormal at all,” former head of the Joint Chiefs of Staff Mike Mullen said about Milley’s communications with Chinese officials.

Now let’s add some information from Post columnist Josh Rogin to the effect that Milley wasn’t acting alone. Pentagon chief Mark Esper, who was also reaching out to China with reassurances, even went so far as to delay the deployment of U.S. ships as part of a planned exercise to make sure that the Chinese got the message.

Okay, then what about Milley’s insistence that he be involved in any decision to use nuclear weapons? In The Washington Post, Carrie Lee portrays this action as a breach of the chain of command, because a mere advisor to the president like Milley does not have such authority. U.S. presidents can unilaterally order a nuclear attack and the rockets will fly a few minutes later.

But Milley’s intervention wasn’t unprecedented. Defense secretary James Schlesinger did something similar late in Nixon’s term when he was worried that the president had gone well beyond playing crazy and had descended into despondency and drunkenness. Writes Garrett Graff in Politico:

Defense Secretary James Schlesinger recalled years later that in the final days of the Nixon presidency he had issued an unprecedented set of orders: If the president gave any nuclear launch order, military commanders should check with either him or Secretary of State Henry Kissinger before executing them. Schlesinger feared that the president, who seemed depressed and was drinking heavily, might order Armageddon.

As Fred Kaplan points out in Slate, Milley didn’t go as far as Schlesinger. He only asked to be consulted, which he was fully entitled to do.

And let’s face it: this unilateral launch authority is insane. Just because such a mechanism was established during the Cold War doesn’t mean that it should endure. By all means, let’s have a reasonable discussion about how to constrain this power of the president. But in the meantime, let’s not insist on protocol in the exceptional circumstance that the president goes off the rails.

By Carrie Lee’s argument, Stanislav Petrov should have been fired for defying the requirements of the chain of command. In 1983, sitting in a bunker near Moscow, Lt. Colonel Petrov was obligated to notify his superiors that nuclear missiles were on their way toward the Soviet Union. The computer system monitoring incoming attacks provided him with not one but five separate warnings. But Petrov hesitated to confirm the attacks because something felt wrong about the notifications. As it turned out, the computer had made a mistake. Fortunately, Petrov did not blindly follow protocol.

The same argument concerning “exceptional circumstances” and “gut instincts” applies to Milley’s outreach to domestic politicians around his fears of a coup. It was on November 10 that Milley felt his presentiments of a possible putsch. The occasion was a security briefing on a “Million MAGA March,” which would draw thousands of Trump supporters to Washington five days later.

This mid-November march turned out to be a dud in terms of turnout. But on November 10, the situation was perilous. The president, refusing to concede the election, was making unsubstantiated claims of fraud. Earlier that summer, Trump had talked about putting Milley in charge of a military crackdown on civil rights protests and bruited the possibility of shooting protestors, all of which Milley pushed back against. A month after the elections, Trump himself would toy with the idea of declaring martial law to overturn the results. And, of course, on January 6, a MAGA march turned into an authentic insurrection.

So, yes, Trump was increasingly out of control and dictatorial. Milley was not imagining things.

Milley made the decision to talk to policymakers on both sides of the aisle. And what was his message? Did he rally the anti-Trump forces? Did he come up with his own plot to counter what Christopher Caldwell, in a frankly ridiculous piece in The New York Times, dismisses as little more than “mayhem”?

No, Milley had a different message. “Everything’s going to be okay,” he told the policymakers. “We’re going to have a peaceful transfer of power. We’re going to land this plane safely. This is America. It’s strong. The institutions are bending, but it won’t break.”

In other words, Milley was promising an anodyne adherence to the rule of law, not its subversion.

A madman is, by definition, someone who is not playing by the rules. But what happens when the rules themselves are mad? The president’s unilateral authority to launch nuclear weapons is one such example of institutionalized insanity. The two-decade war in Afghanistan was another case of extended craziness. And what of the decision, year after year, to bestow upon the Pentagon another $700 billion when so many urgent needs are not being met at home and abroad?

Mark Milley’s record of standing up to that kind of crazy is not so good. He’d never previously questioned nuclear protocols (that I know of). He tried to persuade Biden to keep U.S. troops in Afghanistan in an emotional but not terribly substantive appeal earlier this year. And he has never shown any Eisenhower-like skepticism of the military-industrial complex.

It took considerable courage to stand up to Trump and his coterie of yes-men in the waning days of that presidency. I’m glad that someone was available at the time who knew how to put on a straitjacket and tie it tight.

The military stood up to Trump, but who will stand up to the military?