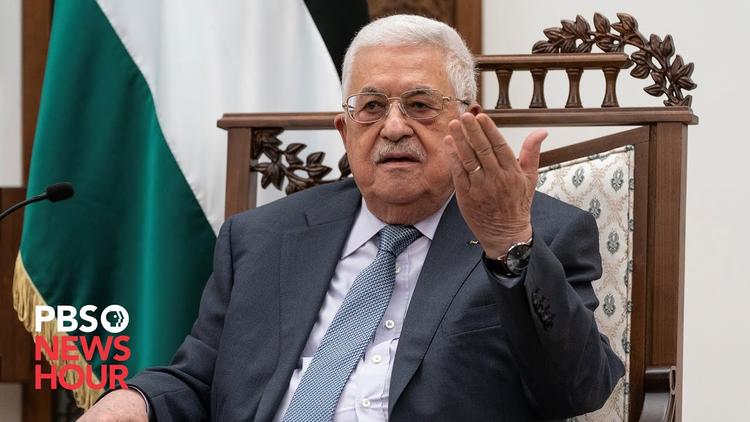 Ann Arbor (Informed Comment) – According to Al Jazeera, Mahmoud Abbas, the president of Palestine, gave an uncharacteristically vehement speech at the UN General Assembly on Friday.

He said, “The crimes against the Palestinians in their own country committed by the Israeli Occupation authority will not halt their struggle to achieve liberty on their land.”

He went on to say that the Palestine Authority has not rejected any genuine and sincere initiative to achieve peace. But it has not found a partner in Israel who believes in a two state solution.

He asserted that Israel has usurped by military force fully half of the land that had been dedicated to the Palestinian state.

He gave Israel an ultimatum. Its government has only one year to withdraw from the Palestinian territories occupied since 1967 and to stop obstructing the two-state solution.

Otherwise, Abbas said, Palestine will withdraw its recognition of Israel, which the PLO bestowed on Israel in 1993.

He further warned that if Israel remains intransigent, the Palestinians will go the the International Court of Justice at the Hague, seeking a ruling on the legality of the occupation of the territory of the state of Palestine and deciding on the responsibility of the UN and the world in this regard.* The International Criminal Court is already looking into war crimes in the Palestinian Occupied Territories.

He further warned that obstructing a two state solution based on international legitimacy will throw wide open the gates to alternatives that will be imposed on us all by the reality on the ground.

In military history, it is well known that ultimatums are the prelude to war, and I think we can expect a lot of trouble in the fall of 2022 as a result of what Abbas said, which will raise the expectations and the emotions of the Palestinian people.

He complained that Israel asserts that it is a democratic state while behaving as a state above the law, enacting laws and holding trials to expel Palestinians from Sheikh Jarrah and Silwan neighborhoods in occupied Jerusalem.

He pledged that Palestinian authorities will continue to work to free Palestinian prisoners held in Israeli jails.

Abbas revealed that he has been conducting negotiations with the Biden administration toward restoring relations with the US and guaranteeing that the Israeli occupation authorities abide by the agreements they have signed.

He closed by calling on UN Secretary-General António Guterres to implement UN resolutions regarding the Israeli occupation of Palestinian territory and to call a major peace conference under the supervision of the Quartet alone.

The Quartet comprises the European Union, Russia, United Nations, and United States and was set up in 2002 to facilitate the Palestinian-Israeli peace process.

Abbas’s ultimatum is clearly designed to put pressure on the United States regarding the ongoing Israeli colonization of the Palestinian Territories it seized by main force and without any long-term legitimacy in 1967. The preferred posture of Washington on this tragic conflict is to kick the can down the road, as Mitt Romney once admitted, and to make reassuring noises about a two-state solution while winking at Israel’s wholesale gobbling up of Palestinian land, which makes and is intended to make a two-state solution impossible.

The Biden administration is attempting to be less brutal toward the Palestinians than was Trump, and Biden is said to have pressured Prime Minister Naftali Bennett to halt the expulsions of Palestinians from their homes in Occupied East Jerusalem. Biden and his cabinet, however, are highly unlikely to do anything practical to halt the relentless usurpation of Palestinian land, much of it owned privately by Palestinian families, by militant Israel squatter-settlers. Bennett is the biggest fan of the latter.

*An earlier version of this posting said that Abbas threatened to go to the “International Criminal Court” rather than the correct “International Court of Justice.” Informed Comment regrets the error.