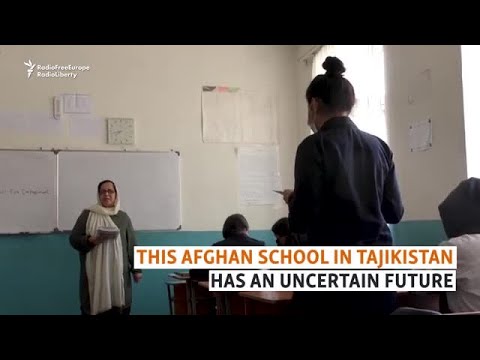 Belgrade (Special to Informed Comment) – Tensions rise between the Taliban – the de facto rulers of Afghanistan – and neighboring Russia-backed Tajikistan. The radical group accuses the former Soviet republic of interfering in Afghanistan’s internal affairs, and is deploying fighters on the Afghan – Tajik border, while Moscow keeps providing military equipment to its ally. How likely is a large-scale escalation in Central Asia?

According to the Taliban spokesman and Afghanistan’s Acting Deputy Information Minister Zabihullah Mujahid, the militant group has sent thousands of fighters to the Afghan province of Takhar, which borders Tajikistan, “to eliminate security threats and other potential threats” from the neighboring country. The Tajik authorities, on the other hand, claim that they “control the actions of extremist groups on the other side of the border.”

“As far as we know, thousands did not arrive, but even if ten people get together, we will perceive it as a threat and will act in accordance with reality”, the US government-funded Radio Free Europe/Radio Liberty quotes an anonymous Tajik border guard.

At the same time, the Taliban denies that its militants are plotting ways to infiltrate into Tajikistan, although Ghani Baradar, the acting first deputy prime minister of the Islamic Emirate of Afghanistan, accused Dushanbe of interfering in Afghan affairs.

“For every action there is a reaction”, Baradar said in an interview with Al Jazeera TV channel.

Tajikistan’s President Emomali Rahmon recently ordered the deployment of 20,000 additional troops on the border with Afghanistan, and Dushanbe conducted a nationwide military drill involving some 230,000 troops. The former Soviet republic is a member of the Russia-dominated Collective Security Treaty Organization (CSTO). The Taliban, for its part, fears that Tajikistan – one of the few neighbors of Afghanistan that has openly stated that it does not intend to recognize the Taliban government – could use ethnic Tajiks living in the war-torn nation as an instrument against the new Afghan authorities. It is believed that theTajiks comprise about 40 percent of Afghanistan’s population, making them the largest group in the country after the Pashtuns. Rahmon has repeated on several occasions that an inclusive government should be formed in Afghanistan and Tajiks, along with other ethnic groups in the country, should take a worthy place in public administration.

“Tajikistan will not recognize any other government in Afghanistan formed through oppression and persecution, without taking into account the position of the entire Afghan people, all of its national minorities”, the Tajik President said, pointing out that an inclusive government with the participation of ethnic Tajiks must be formed as quickly as possible.

Rahmon, having ruled the Central Asian country for thirty years, is trying to act as the main protector of ethnic Tajiks. However, not all Afghan Tajiks, including those living in Panjshir — where the anti-Taliban opposition has found refuge — look to Tajikistan for support. Many of them have reportedly sided with the Taliban, and Dushanbe fears that the new Afghan rulers could use one of their proxies as a tool against Tajikistan. Presently, the biggest threat for the Tajik authorities is not the Taliban itself, but Jamaat Ansarullah – also known as Ansarullah or Ansorullo – which they often call the “Tajik Taliban.” The organization was founded in 2010 by Amriddin Tabarov, who had been a field commander for anti-government Islamist forces during Tajikistan’s 1992-1997 civil war. Ansarullah is believed to have links with other militant groups in Afghanistan, Pakistan, and Uzbekistan, as well as with Al-Qaeda.

Some Russian analysts claim that the Ansorullah militants could carry out a terrorist attack in Tajikistan with the Taliban’s indirect support. The Afghan group, however, promised to prevent such actions, but Tajikistan does not seem to trust the Taliban, and has closed the border with Afghanistan. But is that a long-term solution?

“Someday it will be necessary to open the border. It is impossible to keep it closed all the time. Sooner or later the Tajik authorities will be forced to negotiate. It is probably just a matter of time”, said Temur Umarov, Research Consultant at the Carnegie Moscow Center.

Tajikistan is the only CSTO member that borders Afghanistan. Some Russian experts claim that the country is “not capable to defend itself” against a potential Taliban incursion, and is heavily dependent on the Russian support. That is why Russia keeps arming Tajikistan, and is also strengthening its military base in the former Soviet republic. Tajik authorities openly say that they need Russian weapons to “neutralize the threat from the territory of neighboring Afghanistan”, and back in July the Kremlin promised to help Tajikistan in case the Taliban attacks Moscow’s ally. That, however, does not mean that Russia aims to invade Afghanistan. According to Vladimir Dzhabarov, the deputy head of Russia’s Upper House’s Foreign Affairs Committee, Moscow can prevent a potential Taliban aggression on Tajikistan without deploying troops to the “graveyard of the empires”.

“I think the Taliban have studied in detail the ‘Syrian lessons’ and know the capabilities of Russia in terms of delivering pinpoint missile strikes”, Dzhabarov emphasized.

At this point, however, such a development of events does not seem very realistic, although the Kremlin is expected to continue to strengthen the military potential of Tajikistan. A potential but not very probable escalation in the region would almost certainly result in an increased Russian influence in Central Asia.