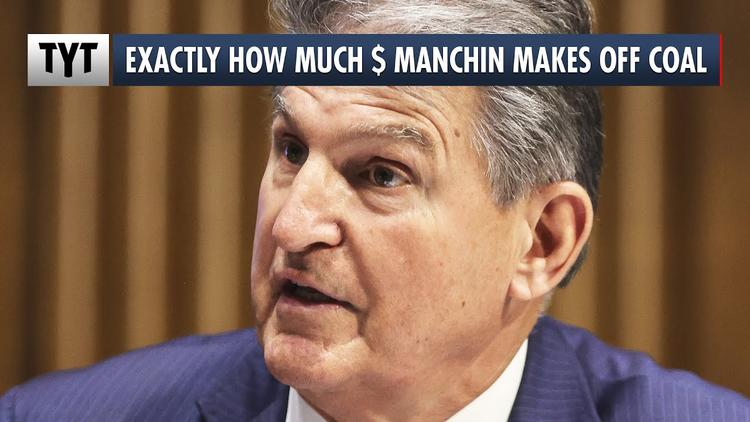 Ann Arbor (Informed Comment) – American journalists like to personalize stories and create horse races empty of real content. That is why most Americans don’t know what is in the Democratic Build Back Better Bill backed by President Joe Biden– the substance has not been reported on. That bill was originally budgeted at $350 billion a year for ten years, less than half what the US spends– rather uselessly — on its war budget, a war budget that has not enabled it to win any wars for decades.

The horse race du jour is the obstruction by arch-plutocrat Sen. Joe Manchin of West Virginia and wannabe plutocrat Sen. Kyrsten Sinema of Arizona of Build Back Better. These two have been dubbed “moderates” by the corporate press owned by a handful of billionaires sympathetic to their obstructionism, hence the moniker “moderate” for a far right wing plot hatched by big Oil and Big Pharma to gut Biden’s bill.

But Manchin and Sinema are not plucky mavericks standing on high personal principle against those spend-and-tax Democrats in their own party. They are mercenaries. The second meaning given by Merriam Webster for mercenary is, “serving merely for pay or sordid advantage: venal also: greedy.” Sordid advantage just about sums it up. Nowadays when you say “mercenary,” for-profit paramilitaries come to mind, where ex-soldiers are paid large sums to kill people. An example is the Russia-based Wagner group, which has been hired recently by Mali to replace French troops pulled out by President Emmanuel Macron; Wagner mercenaries were accused of war crimes in Libya. That is the kind of thing I mean when I say that Manchin and Sinema are mercenaries. They are guilty of transgenerational war crimes.

It matters because at the core of Build Back Better was a set of programs that would accelerate the greening of America’s energy infrastructure, which Manchin is insisting be canceled. Since nothing at all can pass without his vote, he is likely to get his way. The bill can still have lesser and vaguer encouragements to fight global warming. While better than nothing, these will, however, be inadequate to the task of avoiding making earth into a hellhole. It is also possible that the Democratic progressives, which is to say the non-mercenaries in the party not hostage to sordid advantage, will refuse to vote for such a gutted bill. But in that case nothing at all will pass, and the Republicans will likely get back in control of the legislature in 2022, making sure that the US goes on farting out over 5 billion tons of carbon dioxide a year, dooming our children and grandchildren to live in an oven.

The full horror of the American political system and of the Manchins and Sinemas as mercenaries can be understood better by looking at the rest of the world, which American news almost never does. This year Nicolas Sarkozy, the former French president (2007-2012), has been convicted and sentenced to jail twice, though he will probably serve house arrest with an ankle bracelet. The cases against him arose from allegations that he received illegal campaign contributions from the late Libyan dictator Moammar Gaddafi and from Liliane Bettencourt, the heiress of the L’Oreal make-up company fortune. Ironically, although these contributions set off the investigations, he was ultimately convicted on other grounds, of bribing a judge and of spending too much money on a presidential campaign (yes).

By French law, virtually all American politicians would be in jail. Corporations are not allowed to donate to presidential political campaigns. Individuals can’t give more than about $8,000 a year to a political party. No more than about $23.5 million can be spent by a candidate on a presidential campaign. Sarkozy was just convicted of exceeding that limit in 2012 and of phonying up his campaign’s receipts, and sentenced to a year in jail.

Bill Allison at Bloomberg gets the goods on Manchin’s mercenary motivations. In just the third quarter of 2021, Mr. Manchin raised $1.6 million in campaign donations. Of that total, in excess of $400,000 came in from the oil and gas industry. That is a lot of sordid advantage.

This is not to mention that Manchin himself is personally wealthy and received $5 million in the past decade from dividends on coal investments alone (see the Young Turks clip below). Very clever of Big Carbon to hire a coal baron as their mercenary.

As for Sen. Sinema, she accepted $1.1 million in campaign contributions in the third quarter, $100,000 of it from sources linked to the pharmaceutical and financial services industries, according to Brett Wilkins at Salon.com. These industries object to provisions of Build Back Better. Most of the over $1 million in contributions came from outside Arizona. The donors are not stupid. They are not backing Sinema, who just a few years ago was an anti-war environmentalist with a limited income, out of the goodness of their corporate hearts. They are hiring a mercenary. She is perfectly willing to betray all of her stated principles of a decade ago and sell herself just as Manchin does.

American law permits corporations to hire our politicians, who should be representing the people, as their private mercenaries.

And that is why, friends, it is going to get very, very hot on earth and become very inconvenient for human beings and other living things. Because of some people’s sordid advantage today.

Young Turks: “EXACTLY How Much Money Joe Manchin Made Off Dirty Coal INVESTMENTS”