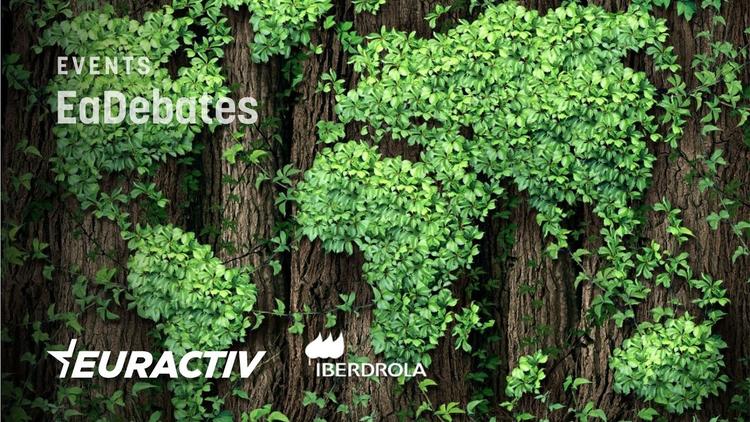 ( Third Pole ) – Unless the connection between economic security and a green transition is made clear by the media and politicians, the climate summit will remain full of high talk with little content Woman loading charcoal in Ahmedabad, Gujarat, India. There will be little progress in combating climate change at COP26 unless millions of people are helped to move away from their dependence on the fossil fuel economy. (Image: Alamy)

The COP26 summit this year will take place under the shadow of Covid-19. It had to be delayed last year due to the pandemic – with the venue itself being transformed into a temporary hospital – and the problem is ongoing. While public health faced the most direct consequences of the Covid-19 crisis, with millions of lives lost around the world, the other impact for most developing countries has been on financial security. Economic growth and job security plummeted, endangering the future of hundreds of millions, and reversing gains on everything from poverty reduction to nutrition.

The primary issue for most countries attending COP26 will be economic growth and job security of their citizens. These issues are not only compatible with the climate change agenda, they are essential to it. Too often the conversation has been framed as economy versus ecology, but what the pandemic has revealed in unsparing detail is that the current economic model is incredibly fragile, and incapable of dealing with global shocks.

Economic growth and job security are not only compatible with the climate change agenda, they are essential to it

This year’s gas prices hike across Europe, due to competition with Asian markets and slow response from Russia, as well as coal shortages in China and India due to manufacturing and trade disruptions, may mean that millions of people will struggle to keep warm in winter, or will run out of power altogether. Such crises demonstrate the inherent instability of the global fossil fuel system, and things can only worsen as the world faces more shocks due to climate change.

In many ways the lingering impact of the pandemic – in terms of economic insecurity – is symptomatic of how issues of climate change continue to be covered. Partially because much of the international media is based in developed countries, the precarity of large populations in the face of increased disasters does not get its due. When floods hit Europe, or a massive storm makes landfall in the United States, it is a story for a few news cycles. In India, a flood wiping away villages in Arunachal Pradesh may leave its people abandoned even six years later. Both these issues are climate change-related, but their effects on states that have a robust welfare system, and those that do not, are starkly different.

The relative difference in impact is also why the conversation is framed so differently, making communication across the political divide almost impossible. When developed countries push for a commitment to reaching net-zero carbon emissions by 2050, they are largely considering trying to make the world less vulnerable in the future. For developing countries, resources are needed to deal with the fact that their people are vulnerable now. These governments desperately need to provide economic security and prosperity – if only for the regimes to survive. But if they have no reliable pathway except through a broken carbon economy, then neither mitigation nor adaptation will receive priority.

Agriculture and refugees are central to developing countries’ problems

Maybe nothing demonstrates this difference so starkly as the conversations on agriculture and climate refugees. For countries like India, agriculture and its allied industries support nearly half the working population. And this mainstay of the economy is being disrupted in three major ways by climate change: the change in weather patterns in the mountains, making it harder to grow traditional crops; the rise in sea levels leading to greater salinity of coastal lands; and the increased incidence of floods and droughts.

Forced off their lands, some of which are swallowed by seas or eroded by rivers, people are fleeing destitution. Worse, it is next to impossible to assess the scale of this migration since, in most cases, such movement is within the borders of states rather than across them.

For those still making their lives off agriculture, the future looks insecure, and “business as usual” as practised by the developed countries offers little hope. For a year now, farmers have been protesting against three laws passed by the Indian Parliament. These are often seen as pro-business, and certainly they replicate the business model of agriculture in the US. But is this a model that makes sense – in terms of cost of water, fertiliser, crop diversity and resilience in today’s world?

Dubbed the largest civil society protest in the world, it has slowly slipped off the radar from both international and national news coverage, except for stories of violence. This is a disaster, because if the world is not discussing how to do agriculture in a sustainable manner, there is little hope that we can effectively deal with the climate crisis, much less feed the world.

Climate change is the story of thirst, poverty, hunger, deprivation and conflict

Climate change has a real, powerful impact on billions of people, most of whom do not know or do not use that particular term. It is the story of thirst, poverty, hunger, deprivation and conflict caused by changes to the environment on which they depend for their lives and livelihoods. And like most things political, it is about money, how we make it, and how we distribute it.

Unfortunately, neither the delegates who take part in such discussion, nor many of the journalists covering such events, seem willing to make that connection. Without that focus, COP26 runs the risk of being yet another event where high-minded prose hides the fact that our current model of “business as usual” is not even good business, much less good sense.

Omair Ahmad has worked as a political analyst and journalist, with a particular focus on the Himalayan region. He is the author of a political history of Bhutan, and a few novels.

Euractiv: “COP26 – Can renewed political will result in concrete actions?”