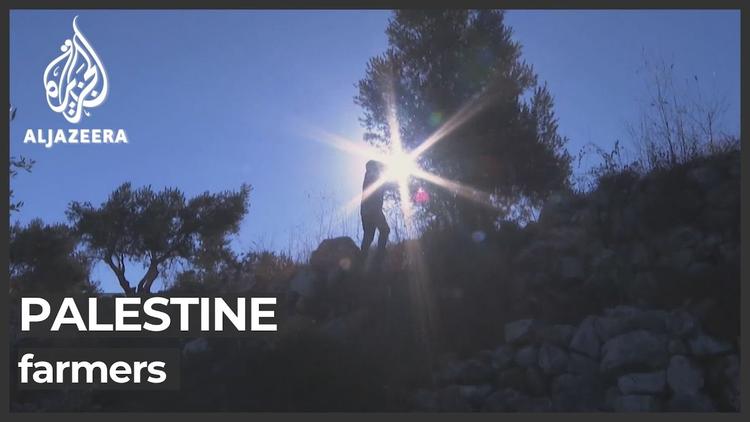 Ann Arbor (Informed Comment) – On Friday, some thirty militant Israeli squatters on Palestinian land in the West Bank attacked Palestinian farmers harvesting olives from their orchards at Salfit. At the same time the Israeli occupation army blocked other farmers from reaching their olive orchards near the large squatter settlement of Ariel, built on land stolen from Palestinian families. So reports al-Quds [Jerusalem] and the Associated Press. Fall is harvest time for Palestinian olive growers.

Murad Ishtiwi, a Palestinian activist against the Israeli government project of settling squatters on other people’s private property, told al-Quds that the Occupation forces attempted to stop the farmers from the hamlet of Yasuf near Salfit when they sought to reach their land near to an Israeli squatter outpost.

They were shocked that a large band of squatters from Rahalim, allegedly abetted by the Israeli army, attacked and beat the farmers, injuring four of them. The Israelis then made off with the olive harvest.

Maan News reports that Yusuf Hamoudeh, one of the farmers, said, “Something on the order of 30 squatters attacked us while we were picking olives. They threw stones at us, causing injuries. I was wounded in the head and my wife, Khawla Asayireh, in her leg. My son, Suhaib, was left with bruises on his back. Our fellow citizen Jumana Sulaiman had pepper gas sprayed in her face, and the windows of our car were broken. In addition, our olives and ladders were stolen. So was her property, medicine and cell phone.” He said that squatters in settlements on land taken from local families often attacked the Palestinians in an attempt to drive them off their property.

The head of Salfit governorate, Abdullah Kumail, warned of the gravity of the daily attacks on the Palestinian farms during the olive harvest season, which he said are endorsed by the Israeli state.

The International Committee of the Red Cross found that in the past year, militant Israeli squatters destroyed 9,300 Palestinian olive trees in the West Bank.

This sabotage comes on top of a poor olive crop this year, with yields down 55% because of an intensified drought driven by the climate emergency.

Since 1967 it is estimated that the Israelis have destroyed nearly a million olive trees in an attempt to sabotage the Palestinian economy. Some 100,000 Palestinian farmers work in this sector and it accounts for 5% of Palestinian gross domestic product.

Israel seized the Palestinian territories of the West Bank and Gaza in 1967 by main force after having plotted ways of grabbing them for a decade. Five million Palestinians live in these territories, who are kept stateless and without basic human rights by the Israeli occupation authorities. No international body has ever recognized Israeli claims to these territories, and the Israeli presence is now illegal since international law does not provide for a fifty-year military occupation. For Israelis to flood their own citizens into an occupied territory is strictly forbidden by the Fourth Geneva Convention of 1949, crafted to prevent any repetition of the excesses of the Nazis when they occupied territory.