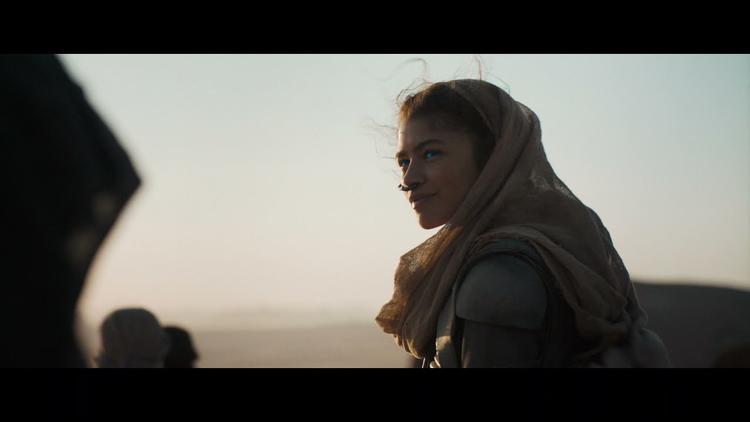 Ann Arbor (Informed Comment) – The protagonist of the new Denis Villeneuve film, Dune, Paul Atreides, is a complex character, but he should be seen as an antihero, as the protagonist of a Greek tragedy with a fatal tragic flaw. The author of the 1965 novel on which the film is based, Frank Herbert, was deeply suspicious of government and of populist messianism. In Orientalist fashion, Herbert painted these anxieties on women and on Muslims. The tale, however, is a cautionary one. We are not supposed to want to be Paul Atreides, who gets pulled into the millennialist fanaticism of the bedouin Fremen. We are supposed to be horrified that he ends up in that role.

Paul Atreides is Golem, not Frodo. He is Herbert’s warning against mass hysteria and great leaders. In our time, Paul Atreides is Donald Trump and the Fremen searching for a mahdi or messiah are the Republican Party.

Herbert’s family had been Eugene Debs socialists, but as Chris Dite writes at Jacobin, he became a libertarian Republican, suspicious of big government and what he saw as its duplicity. He even thought it was a good thing for Dick Nixon to become president because his lies would teach the public how tricky big government can be.

I suspect Herbert’s counterpart in today’s American politics would be someone like Michigan’s former representative Justin Amash. Amash, a Republican Libertarian who was pushed out of the party and is now just a Libertarian, called for the impeachment of populist demagogue Donald Trump

Paul Atreides is very well aware that he is a figure of tragedy, not a triumphant hero. He fights against his future fate, which his psychedelic visions, fueled by the “spice” of the desert-world Arrakis, reveal to him. In the film, at one point he lashes out against his mother, Jessica, who is a member of the Bene Gesserit lay order of women. They are conducting a vast eugenics experiment, attempting to create their own messianic prodigy, They have powers of divination and can access past knowledge along the X chromosome, being women, but are incomplete. They strive ultimately to breed an offspring who has access to both male and female genetic memory, who would then also be able to foresee the future. The experiment was not very far advanced, and Jessica was supposed to produce a daughter to advance the plan another generation. She instead produced a son, Paul, who is therefore the sought-after “Kwisatch Haderach” or ultimate seer, but premature and flawed. Paul intuits this defect in himself and blames his mother and her order for tinkering with him.

For their part, the Bedouin Fremen of Arrakis suspect he is their messiah, or “mahdi” (the Muslim Arabic term for the Rightly Guided one who will arise at the end of time to restore justice to the world).

It is not a fate that Paul Atreides relishes. He is forced into it by a series of acts of treachery by the government. The Padishah Emperor of the House of Corrino is afraid of House Atreides of the planet Caladan. He therefore asks them to take over the dangerous planet Arrakis and be responsible for its melange spice harvest, from the larvae of the planet’s sandworms, called Shai-Hulud (Shaykh Khuluud, Old Man of Eternity in Arabic). He took Arrakis away from the most aggressive of the baronies of his empire, Harkonnen of Giedi Prime.

It was a trick, though, since once Duke Leto Atreides, his family and retainers were on Arrakis, and so isolated and exposed, the emperor encouraged Baron Harkonnen to attack, take back the planet and its spice profits, and wipe out House Atreides.

Of the Atreides party on Arrakis, only Paul and his mother Jessica survive this onslaught. Rather than finding a way to get back to Caladan and attempt to revive his duchy’s ordinary fortunes, however, Paul is gradually pushed by anger at the imperial betrayal, and lust for revenge against both Baron Harkonnen and the emperor into a plan of enlisting the Fremen as his army. He also becomes captive to a budding overweening ambition to become emperor himself.

As an American, Herbert may well have been thinking of Andrew Jackson and his fanatical populists, who after all set the foundation for the Democratic Party. In the 1960s, the Democratic Party was the party of the Vietnam War, which Herbert hated, and on which he ultimately had to report on from the field.

But Herbert had become interested in dunes and deserts as an ecologically-minded Westerner. That led him to an interest in the Greater Middle East and its history. One feature of this region is that it is a vast arid zone in which rainfall agriculture is impossible on a lot of its territory. What is left is savannah and marginal land that can’t be farmed but does produce pasture for livestock.

Pastoralists (“Bedouin” in the Arab world) grew up who specialized in making use of this marginal land to raise sheep, goats, horses and camel, and who wandered with their flocks around to where there was grass to eat. They supplemented their diet by hunting. If you can kill a gazelle with a bow and arrow from horseback, you can kill a man. So pastoralists were a natural cavalry, and often had kinship solidarity as a set of clans. The Romans used the Arabic-speaking tribes as adjunct cavalrymen.

If a canny political leader can unite the feuding clans, however, he can dispense with the old emperor and take over vast territories with Bedouin cavalry, and become emperor himself. The great medieval Muslim founder of sociology, Ibn Khaldun, thought that such leaders could most effectively unite tribes for imperial conquest if they used religion (for Herbert and Ibn Khaldun see Haris Durrani at Tor.com ).

Herbert imbibed these ideas from his reading, and was especially influenced, as Arnold Khan argues, by Leslie Blanch’s Sabre of Paradise, about the mid-19th century Muslim leader in the Caucasus, Shamyl, who tried to fight off a brutal Tsarist Russian colonialism.

Herbert seems to have taken from his socialist relatives a Marxist conviction that religion is the sigh of the oppressed. But he did not think it was the opium of the people. His reading in the history of the Middle East showed him that it could instead become revolutionary.

He feared, however, that revolutionary religion depended too much for its success on fanaticism, unreason, and violence, so that he clearly does not approve of the Fremen uprising led by Paul Atreides, and sees Paul’s decision to go in that direction as a tragic flaw.

If we subtract the Orientalist imagery and unfair use of Islam (which has been an urbane civilization that produced scientists and technology and secular polite culture) to symbolize the Mahdist hordes, Herbert’s main point is to warn against narrow-minded populism and Great Leader syndromes.

Like Justin Amash, Herbert would have found no place for himself in today’s Republican Party, which has gone to the dark side, with Donald Trump as its messiah and evangelicals as its fanatical shock troops. Trumpism doesn’t even have the nobility, though, of a Greek tragedy, because it lacks any core of humanity.