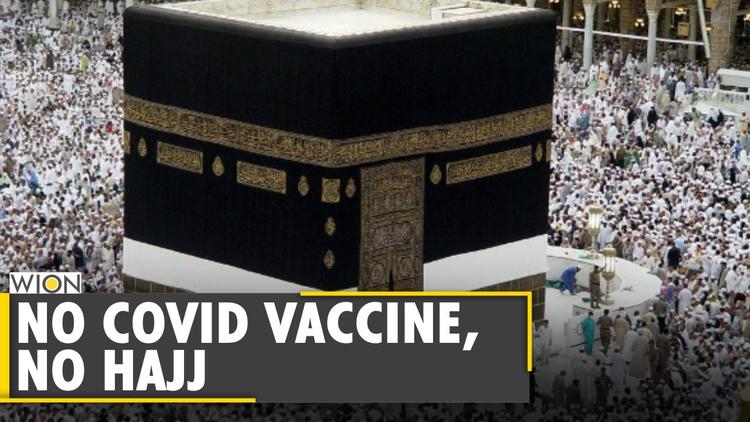 Ann Arbor (Informed Comment) – Republicans, among all Americans, are the most Islamophobic or Muslim-hating, with 72% holding that Muslims are more likely than members of other religions to encourage violence by their community. Republican TV idol Tucker Carlson called Iraqis “monkeys” and “illiterate” and maintains that “white men” invented civilization. That is, Muslims in his view are uncivilized, an opinion widely shared in Republican circles.

I pointed out to Mr. Carlson that actually it was the Iraqis who invented much of what we now call civilization. But here is another kicker: Saudi Arabia, the bastion of a peculiar kind of Wahhabism or ultra-fundamentalist form of Islam, is putting in a whole range of vaccine mandates. Its religious and state officials now say that anyone who comes on pilgrimage to the holy city of Mecca must have two doses of a WHO-approved vaccine.

“the Saudi Interior Ministry said that starting from October 10, obtaining two doses of vaccines approved in Saudi Arabia will be a condition for attending any economic, commercial, academic, cultural, entertainment, sports or tourism event in the country. The inoculation will also be compulsory for entering government or private institutions, using public transport and boarding planes.”

The Interior Minister, Abdulaziz bin Saud Al Saud, is a younger prince of the royal family with a modern education, and he clearly knows something serious about public health policy.

The contrast with the US Republican Party, which is like Saudi Arabia in hewing to a Religious Right program, could not be more stark. In eight states, Republican lawmakers have legislated, or Republican governors have issued executive orders, banning vaccine mandates by employers. Those laws and regulations have put them in direct conflict with President Joe Biden’s order that employers who don’t implement vaccine mandates for their employees will be denied federal funding.

Republican states have not hesitated to require vaccinations against other diseases such as polio, so it is not clear why they are so opposed to the safe and effective vaccinations against Sars-Cov-2, which have been given to billions of people without significant adverse effects (and what minuscule such effects have been observed are far less serious than the impact of the disease itself).

Florida governor Ron DeSantis has threatened to cut off state funds from institutions such as schools and from state contractors who implement vaccine mandates, saying “We are not going to let people get fired because of the vaccine mandate. You don’t just cast aside people who have been serving faithfully over this issue, over what’s basically a personal choice over their individual health.”

This statement is of course terminally stupid, since spreading around a deadly virus is not a personal choice but is rather one individual making a choice of how healthy his or her entire community will be. The R-naught of the Delta variant is between 5 and 9, which means that each person who contracts it typically spreads it to 5-9 other people. In the unvaccinated population, that would give you a progression at the upper level of 9, 81, 729, 6,561, so that in just a few days one carrier of the Delta variant could spread it to six and a half thousand other people.

That is not, Mr. DeSantis, “a personal choice over their individual health.”

Some of the opposition to vaccine mandates is fueled by evangelical Christian preachers and leaders, who have an outsized influence on the Republican Party.

In contrast, Saudi authorities have put in vaccine mandates regardless of any religious hesitancy. It is hardly alone in the Muslim world. The premier Sunni Muslim university and seminary, al-Azhar in Egypt, is requiring students and faculty to be vaccinated. Egypt is receiving 25 million Johnson & Johnson one-shot vaccines over the next four months, which would bring the percentage of its population that is vaccinated up to about 35 percent. Al Jazeera reports that among the only countries to mandate that all citizens over 18 be vaccinated are Muslim-majority Takikistan and Uzbekistan. Muslim-majority Kazakhstan requires state employees in contact with the public to be vaccinated.