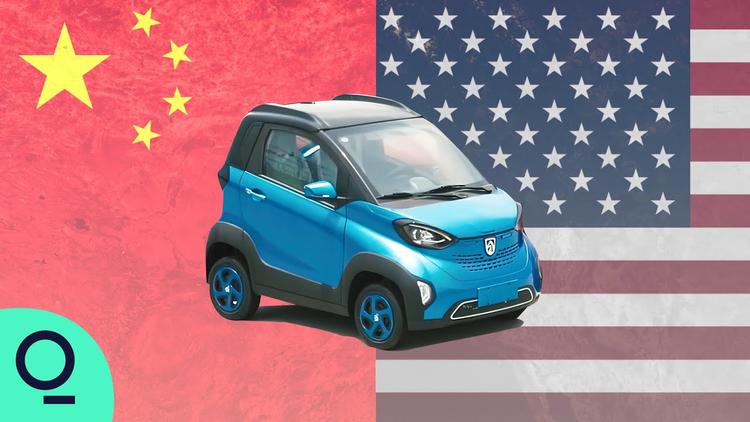 The Indo-Pacific region, which includes 24 nations and stretches from Australia to Japan and from India to the U.S. west coast, is home to both the largest concentration of humanity and the greatest source of global emissions. In 2020, the region produced 16.75 billion tonnes of carbon dioxide from the consumption of oil, gas and coal — more than all other regions worldwide combined.

Success in the global effort to keep global warming below 2 C and stop catastrophic climate change depends on the region to move away from coal and other fossil fuels. Yet at the COP26 climate summit in Glasgow, Scotland, China and India proposed countries agree to “phase down” coal instead of “phase out.”

Insufficient financing and the need to increase total energy availability — especially as more sectors become electrified — remain among the structural challenges to energy transitions around the world. China, however, is currently in a better position than the West to assist the Indo-Pacific due to geography, trade dynamics and its own clean tech sector. This could reorient economic networks and shift the balance of power in the region.

As a researcher in the field of green-industrial strategy, I am worried that the democratic world is increasingly losing ground to China in this emerging geo-economic arena. Unless the West provides an alternate network to help the region meet its energy transition needs, it risks ceding the economic alignment of the Indo-Pacific region to China’s government.

It costs less, in many cases, to build large grids that deliver energy as electrons compared to the added costs of using an energy carrier like hydrogen, which might need to be imported, to meet clean energy needs. Already the Indo-Pacific is moving in the direction of being “wired up,” as demonstrated by the proposed 3,800-kilometre-long “sun cable” to connect Australian solar resources with energy markets in Singapore.

The most efficient course of decarbonization for many East Asian states is to expand their grid connections to their neighbour’s, but this is marred by geo-security risks. Taiwan, South Korea and Vietnam, for example, might be less willing to stand up to Beijing if most of their electricity ran through China. And does Japan really want to meet its renewable energy needs by routing power through Russian grid connections?

In addition, much of the industrial capacity for key green technologies and resources required for Indo-Pacific countries to tap their own renewable resources is based in China. A whopping 70 per cent of global lithium cell manufacturing capacity is found in China, and Chinese firms are responsible for the production of 71 per cent of photovoltaic panels (through a supply chain riddled with the usage of Uyghur slave labour).

China’s dominance in the production of clean energy technologies is also bolstered by the success of the nation’s trade networks. China is already the largest source of trade for most countries in the region, and through its Belt and Road Initiative, Beijing is increasingly providing financing for regional infrastructure.

The nature of Chinese infrastructure investments through the initiative has, so far, been damaging to global efforts to combat climate change. China had been the largest financier globally of coal plants, following a development pattern established by wealthier countries (western and non-western), of exporting polluting industries to poorer nations.

However, President Xi Jinping, in keeping with his endorsed vision of ecological civilization, has made improving the sustainability of China’s trade networks a priority. China’s established trade networks within the region provide a foundation for an increasingly Sino-centric economic orbit, and will likely be flipped to distribute clean energy infrastructure in the Indo-Pacific.

It’s important the West develop its own green foreign investment strategy to provide Indo-Pacific states a choice of infrastructure as they transition their economies. Giving Indo-Pacific countries, especially energy-poor South and East Asian states, the option to purchase low-carbon technology and resources from a variety of sources will alleviate pressure to concede to Chinese foreign-policy.

Over the long term, the West must focus on developing supply chains in solar and and lithium-ion batteries to balance out Chinese capacity in these markets. However, there are a range of energy transition technologies that western states hold a competitive advantage in, and that could be the focus of a development strategy for the region — starting right now. Investments should, for instance, immediately focus on lowering the costs of exporting green hydrogen by maritime routes.

Australia and Canada both have favourable renewable energy resources to produce green hydrogen, with Canada a leader in the development of hydrogen fuel cells.

Many Indo-Pacific countries have opportunities to generate power from sources beyond wind and solar, with Indonesia and the Philippines already market leaders for geothermal. When it comes to wind, U.S. and European wind turbine manufacturers share about 60 per cent of the market.

In June, G7 leaders announced the Build Back Better World (B3W) partnership, which aims to use their financing potential to help low- and middle-income countries meet an estimated US$40 trillion in infrastructure needs.

It is too early to speculate on the success of the B3W, but its visible actions have been limited to scoping tours in Latin America and West Africa, with another planned for South East Asia.

However, the B3W could look to the recent financing deal between the U.S., Germany, France and the United Kingdom to aid South Africa’s transition from coal power for inspiration. The first B3W funded projects are slated to be announced in early 2022.

Decision-makers in China know that in the short term they are uncertain to come out on top in a hard power competition with the U.S., and have identified economic dominance as another front of strategic competition. Subsequently, if the West doesn’t want to further cede the economic orientation of the Indo-Pacific towards China, it must increase its efforts to provide the region’s states with a strategic choice in how they meet their energy transition infrastructure needs.

Bloomberg: “Why China’s Electric Car Lead Has Been a Long Time Coming”