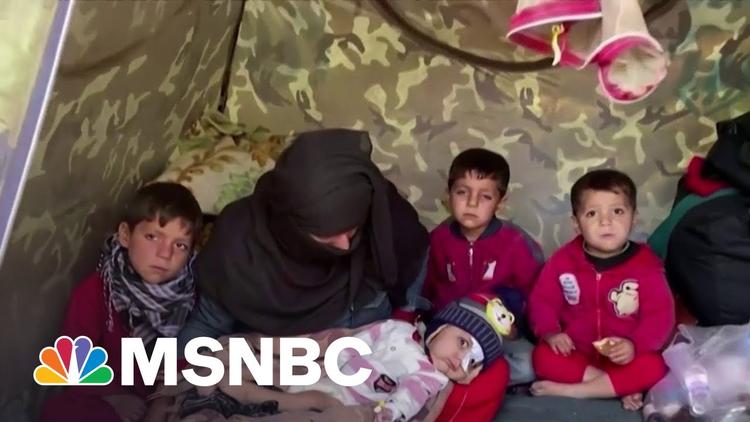 Ninety days into the Taliban takeover, the situation in the country is worsening by the minute. Since Afghanistan is no longer backed by Western governments, and the Taliban government is heavily sanctioned, the country is on the verge of famine. As hunger rises in prominence and child fatalities sore, the Afghan winter and Taliban will be a deadly combination.

With a lack of competent governance, international hostility and worldwide scrutiny, the situation in Afghanistan is described by the executive director of the World Food Program, David Beasley as “as bad as you possibly can imagine”. As the financial situation in the country deteriorates, Afghanistan is entering into the “

As the Taliban continue to regiment towns and territories, journalists report that children are being sold and human rights are being abused. In Afghanistan right now, law-abiding citizens are being forced to choose between life and death under the new Taliban regime.

Ever been Hungry? Think again!

As the December cold looms close, the first speck of snow is expected to reach Kabul any day now, making acquiring food even more difficult. As the La Niña weather pattern threatens a second drought in the country this year, the harvest of wheat, which accounts for almost 60% of Afghans’ caloric intake will be disappointing. Owing to these circumstances, only “5% of households have enough to eat every day” in Afghanistan.

As worldwide leaders ponder how to deal with the new Taliban regime, they have ceased their humanitarian and other aid. Forty percent of the country’s GDP has evaporatedand the US has frozen $9.5 billion of Afghanistan government reserves. A contributing factor to this is that Sirajuddin Haqqani, who is a significant Taliban government member is currently on the ‘Global Wanted Terrorist’ and the FBI’s most-wanted list. Owing to Haqqani’s notoriety and the fact that the Taliban are an internationally recognised terrorist organisation, Western governments are declining to release billions of dollars in foreign aid to help Afghanistan. Thus, the $220 million a month needed to moderately feed the 22.8 million hungry mouths won’t be available this year.

With economic implosion and the blockage of foreign aid, Afghanistan this winter is preparing for a catastrophe. This is because “the cold will only finish the work that malnutrition began months or years ago”

According to the UNOCHA, it is estimated that more than half of the 39 million Afghan population needs humanitarian assistance in 2021. One in two Afghans face emergency levels of acute food insecurity.

Desperate Afghans are looking to escape Taliban control. Some 122,000 Afghans were safely evacuated from Kabul back in August. Many more seek to depart now.

David Beasley, the executive director of the World Food Programme has stated that:

“This winter, millions of Afghans will be forced to choose between migration and starvation unless we can step up our life-saving assistance, and unless the economy can be resuscitated”.

The reason being is that for Afghan citizens who are unwilling to bandwagon the extremist ideologies of the Taliban, the threat of food insecurity, human rights abuses, and economic and violent pressures are pushing more Afghans to flee the border to safety

The International Organization for Migration has indicated that the Turkish authorities have returned more than one million Afghans to their native country in the last 6 months. This is because Turkey is unwilling to host another country’s population in addition to existing Syrian refugees. Yet, with no money or food and increasingly poor health, Afghans are being deported back to Afghanistan, broke and broken.

Afghan families are being forced to do the unthinkable to survive. Afghanistan parents have begun selling their own children as food poverty and malnutrition spiral, according to the BBC, The Telegraph, NBC and the

This misery among young men is a recruiting opportunity for the so-called Islamic State group, the Afghan affiliate of which is known as “Khurasan,” the medieval Muslim name for eastern Iran and the parts of Afghanistan and Central Asia that abut it. lS-K, also known as ISIS-K and ISKP, is the most extreme and violent of all Jihadist militant groups operating out of Afghanistan. IS-K pays their soldiers salaries, and is one of the few prospective employers in some areas, given that the “situation inside the country remains dire.”

“We don’t have enough food … we only eat once a day. With the winter approaching, the situation can get even worse than this. The Afghan [Taliban] government doesn’t have any clear plan to fix the hunger issue, and I doubt if the international community has one. What I clearly see is that soon most Afghans will die just for not having food, and as always, no one will care.”

In addition to this, a woman in Southeast Afghanistan, when asked about the situation in Afghanistan, stated that the problem is “Worse than what appears in the media.”

Liam Felloni holds an MSc. in International Security from Bristol University in the UK.

MSNBC: “Afghanistan On Verge Of Famine And Economic Collapse Amid Humanitarian Crisis