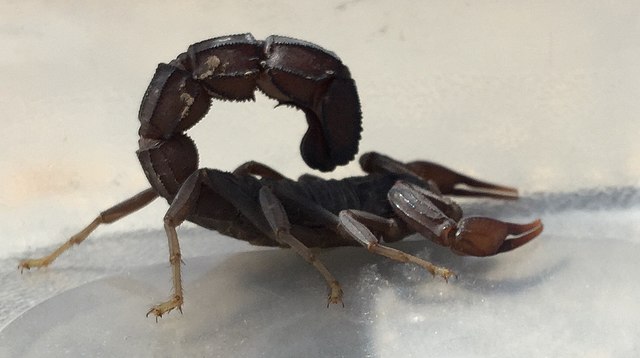 Ann Arbor (Informed Comment) – How freakish and biblical our climate emergency could become was illustrated this week in the Upper Egyptian city of Aswan, which was struck in November by rolling lightning storms, downpours, snow and a plague of scorpions. High winds blew the deadly Egyptian black, fat-tailed scorpions from the surrounding desert into the city and into people’s homes. The scorpions killed three persons with their venom and left hundreds sickened, as Egyptian rescue crews tried to distribute the antidote.

The Egyptian fat-tailed or black scorpion is one of the deadliest of its species.

Snow and scorpions and downpours. In November. In Upper Egypt.

The average high in November in Egypt is 86° F. with an average low of 61°. Not really what you would call snow weather. The average rainfall in November in Aswan is 0.0 millimeters. That is, none, zero, zilch, nada.

I lived in Egypt for about 4 years of my life in total. I was rained on very briefly about 3 times. The ancient Greek historian Herodotus called Egypt the “gift of the Nile” for this reason. It is just a big desert and only the Nile river running through it from southeastern Africa down to the Mediterranean allows the country to have its present population of over 100 million (equal to 2 1/2 Californias). 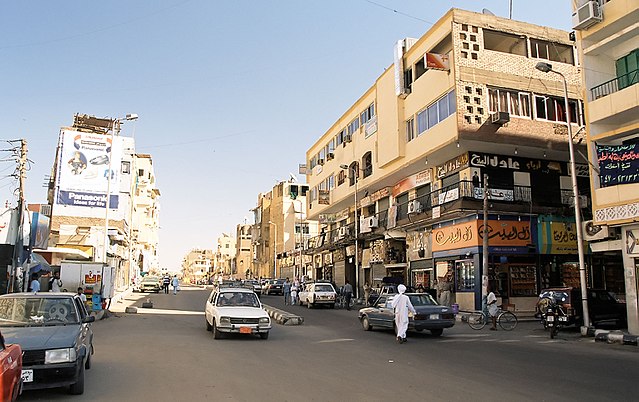 Egypt is going to be one of the countries worst hit by the freakish changes in climate we are causing by heating and providing electricity to our homes with coal and by driving gasoline-powered automobiles. Egypt has been becoming hotter and drier on average, but also more vulnerable to abrupt downpours that cause flash flooding. You really wouldn’t want Upper Egypt to be hotter than it is in the summer, when it already reaches 120F. And as noted above, you wouldn’t want it to be drier. Scientific projections show that Egypt will in fact become hotter and drier while at the same time suffering more severe, if brief, storms with the capacity to cause flash floods.

Egyptian climate scientists have no doubt that the Aswan storm was a manifestation of human-driven climate change, and they say that the old Egypt people grew up with is being altered.

Aswan has seen freak storms before, as in January, 2010, when according to Egyptian scientists, “A severe hurricane thrashed the province of Aswan on the evening of 17th January, 2010, and was followed by half an hour of a continuous torrential downpour. The storm resulted in bringing down 50 high voltage electricity pylons, cutting power to Aswan province. After that, rains which had accumulated in the mountains turned into a torrent and swept away houses and people, leaving behind hundreds of destroyed properties.”

This sort of thing is rare but perhaps becoming more common. They add that the, “deluge was accompanied by dust storms, thunderstorm, cyclonic rain and frequent floods in the years 1980, 1987, 2005 and 2010.”

The Encyclopedia Britannica observes that Aswan:

“faces the island of Elephantine (modern Jazīrat Aswān), on which stand the ruins of the ancient city of Yeb. Aswān was the southern frontier of pharaonic Egypt. Its local quarries supplied granite for many ancient Egyptian monuments and are still operated. On the Nile’s eastern bank was the site of the ancient city of Swen (ancient Egyptian: “the Mart”), whence came the Greek Syene and the Arabic Aswān. Aswān later served as a frontier garrison post for the Romans, the Turks, and the British.

The city’s current population is about 1.5 million, i.e. about the size of Philadelphia inside city limits.

This tragedy underlines the ways in which climate-change driven superstorms and other severe weather drives wild creatures into human spaces, where they can spread exotic viruses or simply attack.