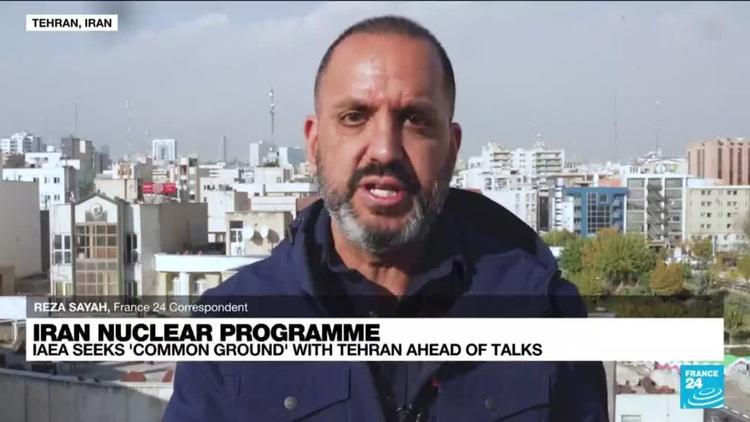 ( Middle East Monitor) – While the American Special Representative to Iran, Robert Malley, surprised observers of the nuclear file by saying that the point of no return for this file is approaching, Israel is escalating its tone, especially in the context of its dispute with the US over this file, stressing that it has become more willing to go to war against Iran. This is being said amid internal Israeli calls for Israel to rely on itself, and alone if it was forced to do so in waging this war. It also announced, in line with this announcement, that it had increased the military budget for this purpose, and all of this is taking place only five days before the seventh round of Vienna negotiations.

Tehran and Washington are exchanging accusations about not being serious about returning to the agreement. The latter accuses Iran of having bought time throughout the previous six rounds of talks, awaiting the election of hard-liner President Ebrahim Raisi to take over the government, which indicates Tehran’s lack of seriousness, especially since President Raisi’s team, including the head of the Iranian negotiation delegation has announced his opposition to the agreement more than once since it was reached in 2015. Meanwhile, Washington recently expressed its seriousness by calling on Israel not to escalate, warning it against the repeated Israeli attacks on Iranian facilities, as they have adverse effects, especially after it succeeded in re-operating these facilities.

As for Tehran, it accuses Washington of not being serious, as what is required is not negotiating the agreement, but rather a return to an agreed-upon agreement. It is not asking to negotiate additional files. What is surprising in this context is that Tehran is not referring to the matter as “nuclear negotiations,” but rather negotiations to lift the illegal and humanitarian sanctions, according to the Iranian negotiator, Ali Bagheri, who accused Washington of continuing its threat to impose new sanctions instead of cancelling the existing ones. This is in addition to the American threat to leave diplomacy if Tehran does not respond to the negotiations and if it continues to increase its nuclear stockpile, which is growing at a systematic pace.

The heated activity as the date of the seventh round approaches at the end of this month in Vienna is accompanied by what can be considered as Iranian conditions to ensure the success of these negotiations, at the forefront of which is not only Washington’s announcement of cancelling and not freezing all sanctions, but also the actual implementation of these cancellations. This is something the Biden administration cannot agree to, even if it wanted to, due to the problems related to this file in Congress, even within the framework the Democratic Party and the House of Representatives.

In order not to unilaterally depart from the agreement, as the Trump administration did three years ago, Iran is asking for guarantees that it will not later back out from what is agreed upon. However, this required approval from the Congress on the potential new agreement, which is not an option given the aforementioned American conflict within the American legislative institution.

Washington had indicated through the European allies that it would respond to Iran’s demand not to discuss additional files despite Israeli and Gulf Arab pressures, such as the files related to Iran’s missile capabilities and its interventions in the region, but that it – the US – will discuss these files with Iran “later”. However, Iran completely rejects this and considers it a blatant interference in its internal affairs, in addition to the fact that discussing these problems is related to its neighbours in the region and not to any other party, including Washington.

After negotiations were suspended for more than six months, and Tehran recently announced its resumption, there are more doubts about the reasons that prompted Tehran to put off negotiations this whole time. For Tehran, the matter goes beyond these matters to the explicit announcement that it succeeded in producing 25 kilograms of 60 per cent enriched uranium and that it is close to reaching 90 per cent. This declaration could be understood by Washington and the other parties as a form of blackmail because waiting longer means more enrichment if an agreement is not reached in time before it increases. The factor of time is interpreted here in favour of Iran, which, as it says, managed to overcome the sanctions. It also possesses the pressure factor in the field of enrichment, which Robert Malley responded to with his previously mentioned threat.

Perhaps the determining factor with regard to the upcoming negotiations, is the fact that Iran is heading towards these negotiations unified and with a clear strategy, based on not being hasty or expressing its desire to reach an end to these negotiations at any price, as it has become more prepared politically and more capable of confronting military threats through its recent manoeuvres. Meanwhile, the other parties are more fragmented, whether on the internal American political level or in the context of the differences between Washington and Tel Aviv.

Hence, the chances of success in the seventh round in Vienna seem weak, unless there is an unexpected surprise.