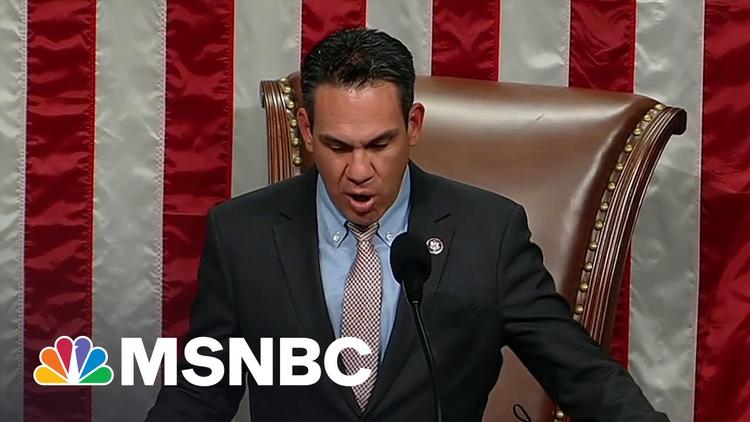 Ann Arbor (Informed Comment) – The for-profit press thinks it knows what the story in Washington, D.C., is. Joe Biden is a boring president who struggles to get anything done and the Democratic Party is a hot mess of infighting that paralyzes it. Corporate news is the Eeyore of the news world, spreading pessimism and gloom wherever it goes.

The inside-the-beltway narrative of the rich for-profit journalists fails on every point, but they keep filling the airwaves with it to the point where they’ve succeeded in obscuring the light and leaving people in the darkness of the doldrums.

This downer narrative was overturned on Friday when the House passed Biden’s $1 trillion infrastructure bill on a bipartisan basis. A fourth of US bridges are falling down and roads are in disrepair, to the point that the nation’s economic progress had been imperiled. $550 billion in the new act goes to transportation, building and the internet, creating potentially millions of jobs and goosing the economy further.

All but six progressives took a leap of faith and voted for the bipartisan measure, after 5 center-right Democrats who had been holding up the $1.3 trillion social and green spending bill pledged to vote on it if the Congressional Budget Office reassured them about inflation. That so many progressives were willing to trust their colleagues is a testimony to their faith in Biden, who gave them an iron-clad guarantee that they won’t be stiffed. As for the narrative that the infrastructure bill is sinister on green energy and climate, it is actually a mixed bag and has a lot of provisions that will be a big help on those issues, including electric car charging, electric school buses, etc.

Biden isn’t scattered or weak or a do-nothing. His will be the most domestically transformative presidency perhaps since that of Johnson, just on the basis of what he has already accomplished. This is why I suggest we call him Fighting Joe, to combat the unfair image conveyed by the corporate news organizations that miss Trump.

One so-called news story about this epochal legislation actually managed to use the word “clusterf*ck* in its title. They are so focused on the messy process that they cannot see the vast implications for the US economy.

Biden had organized a $1.9 billion rescue bill last spring, which helped working Americans enormously with its stimulus and child care benefit. Trump had no similar successful legislation on that scale except to thrust more cash in the pockets of his rich friends with his massive tax cut. The ongoing positive impact of the American Rescue Plan has been virtually ignored in the reporting.

Generally, presidents don’t have that much impact on the stock market, but the for-profit news breathlessly reported Trump’s repeated claim that the market was doing so well under him because of his policies. He predicted it would tank under Biden.

In contrast to the wall to wall coverage of Trump and the market, the main cable news shows mostly barely mentioned the new market high or positioned it in the context of Biden’s successes.

Employers added 531,000 jobs in October, bringing the national unemployment rate down to a low 4.6%. Catherine Thorbecke at ABC News writes: “Job growth was widespread and beat economists’ expectations. Major gains were seen in leisure and hospitality, professional and business services, manufacturing, and in the transportation and warehousing sectors, indicative of a post-pandemic rebound in the labor market.”

In March, 2020, before the pandemic fully hit, the unemployment rate was 4.4 percent.

The rebound of employment and the economy is Biden’s doing. The president organized the federal government to vaccinate fully some 70 percent of US adults, which is why the employers are hiring in the leisure industries. Alabama and Arkansas can have a forever pandemic if they really want to, but mainstream America has moved on. Biden brought in vaccinators from the army to fill the gap, and then brought down the hammer and made it an OSHA requirement that employers with 100 or more employees mandate that they get vaccinated. Almost all those people who swore they’d never get the shot have folded. Of 10,000 New York police who opposed the mandate, 34 ended up being willing to walk away from their jobs. The vaccines are so safe that billions of people have gotten them with almost no adverse reaction and with protection from hospitalization and death.

Last fall Trump had lost 22 million jobs and unemployment was 10-11%. You may say that the pandemic was responsible. I will reply that after you read this column you should go click on this link I just gave that points out that China was back to work and booming by late summer of 2020 because it adopted rational policies to tamp down the coronavirus– masks, social distancing, business and public closures where necessary, so that the Chinese economy actually grew in 2020.

Let’s face it, if you’re trying to make money off the news, Donald J. Trump was a gold mine, constantly trolling the country and keeping people checking in for hot takes from the cable news pundits. In fact, CNN’s Jeff Zucker was so prescient about this cash cow that he more or less promoted Trump into the White House, turning over CNN to Trump’s uninterrupted live rallies every night in summer and fall of 2016 (MSNBC did the same thing).* If you’re white and rich, it doesn’t really hurt you to have a maniac like Trump in office. In fact, it helps you a great deal because he slashed your taxes.

Biden is viewed as “boring” by the accountants for news shows because he is a normal human being who doesn’t continuously provoke people’s anxiety, and because he is dedicated to using government to accomplish things that are slow, cumulative, and magnificent but not splashy.

*An earlier version of this posting misidentified Mr. Zucker as at NBC. He is Chairman of Warner Media, which owns CNN. Informed Comment regrets the error.