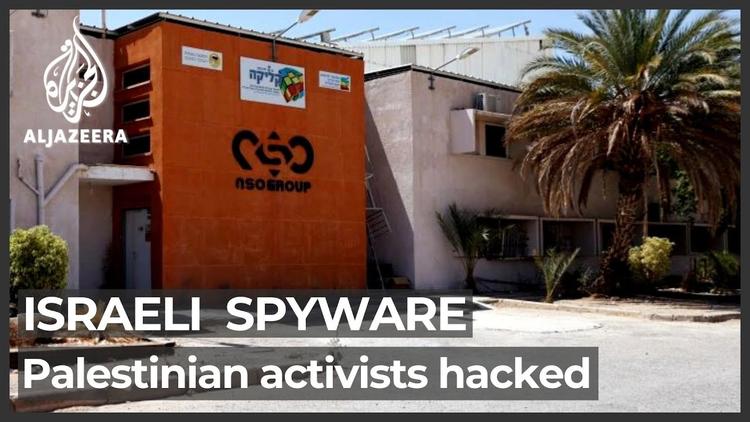 Ann Arbor (Informed Comment) – Two breathtaking reports out on Monday underlined the vast and unprecedented Israeli electronic surveillance of an entire population — the some 3 million stateless Palestinians of the Occupied West Bank. Elizabeth Dwoskin of the Washington Post interviewed Israeli veterans from Breaking the Silence, who oppose the Israeli occupation of the Palestinian territories and the terrible things it leads Israeli soldiers into doing. They told her about “Wolf Pack,” an enormous database of almost every West Bank Palestinian, and its smaller smartphone version, Blue Wolf, for which Occupation troops are rewarded if they each take hundreds of photographs of Palestinians of all ages, including small children and (reluctant) old women.

Then the Irish Front Line Defenders group announced that they had examined the smartphones of Palestinian human rights workers, discovering traces of the Pegasus spyware on six of the devices. Pegasus, produced by the government-backed NSO company, was banned in the US by the Biden administration last week, apparently because the Israelis were using it to spy on the US government. Pegasus can be used to take over a phone completely and to plant false data on it, so that the six Palestinian human rights groups Israel is now branding “terrorists” could well be being framed. If so, it isn’t a very good frame job, since no one who has looked at the Israeli dossier on the groups has found it in the least convincing, including several European Union countries.

The English Utilitarian philosopher and jurist Jeremy Bentham (d. 1832) imagined a “panopticon” (Greek for “all-seeing”) consisting of towers that would put a population under constant watch. Bentham imagined that the knowledge of being continuously observed would put people, including prison inmates or factory workers, on their best behavior and have a reforming effect on morals. The towers wouldn’t even have always to be manned, the inmates would just have to know that the might very well be.

Panopticons were widely used by colonial powers, as Martha Kaplan pointed out in her article “Panopticon in Poona: An Essay on Foucault and Colonialism,” Cultural Anthropology, Feb., 1995, Vol. 10, No. 1 (Feb., 1995), pp. 85-98. She quoted Mountstuart Elphinstone (d. 1859), the British colonial ruler of Pune and then of Bombay in India,

“In cases where the judge, though not satisfied of the guilt of the prisoner is still less satisfied of his innocence, it seems imprudent to turn him loose to prey on Society, and yet it is difficult to say on what grounds to detain him: are we to award a less severe and more remedial punishment, or are we to declare the prisoner innocent but imprison him if he cannot give security. The former seems to strike at the foundations of justice, and the latter destroys the force of example; means might perhaps be found to manage the imprisonment of suspected persons in such a manner as to preserve the distinction between their treatment and that of convicts. Their place of confinement might be more like a work house than a prison … A place might be constructed for their residence which might combine the plan so much recommended by Mr. Bentham, with the economical arrange- ment suggested in Bengal, a circular or octagon wall, with an open arcade or tiled Veranda to run all round the inside, deep enough to afford shelter and deep enough for concealment, this Veranda to be partitioned off into cells, with walls, and to be shut in with an iron grating or a deep ditch in front, to prevent the prisoners meeting in the open space in the middle…. In the centre should be a circular building for the Jailor, from which he might see into every cell … while he himself was concealed by blinds.”

She notes that Elphinstone, under Bentham’s influence, had several panopticon prisons built in Bombay.

It is also well known that fingerprinting was developed by British colonial authorities as a technology of control for Indians. Mira Rai Waits shows that fingerprinting was a way of mastering the bodies of the colonized, and that the inventor of the technique believed that criminality ran in families and tribes. She also argues that it was only one of a number of techniques that involved photographing and archiving Indian bodies for purposes of colonial subjugation.

So what the Israelis are doing to their captive Palestinian population is typical colonialism, simply updated with high tech methods.