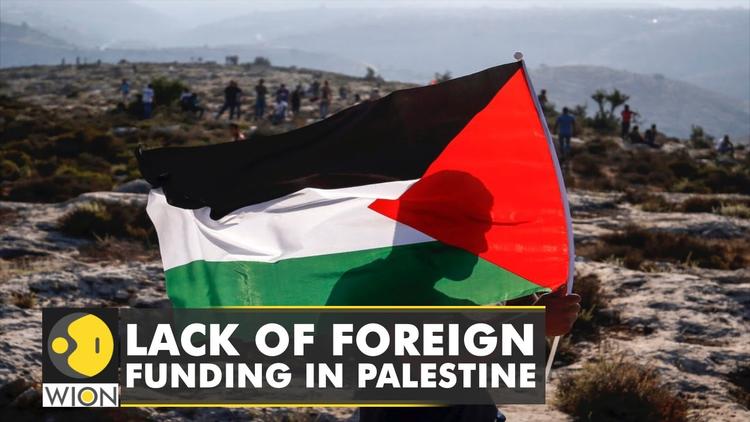 On 15 November, the Palestinian Authority (PA) closed its official departments, closed schools and universities as is usual every year, to celebrate the Independence of the State of Palestine, which sparked criticism. This miserable independence, in which the Head of State—and I mean Mahmoud Abbas, in particular—does not move one step without the approval of the occupation, and in which this State cannot fly its flag over its capital, occupied Jerusalem!

Here, on this occasion, it is necessary to mention points that some forget:

Seeking to liberate Palestine and declaring it as a State is the duty of every free and honourable person, but this does not come through an administration with powers less than self-governance, over geographically dispersed areas that do not exceed a fifth of the land of historic Palestine.

Occupied Jerusalem, which President Mahmoud Abbas talks about on various occasions as the eternal capital of the State of Palestine—and there can be no elections without it, and it is not the whole of Jerusalem, but rather the eastern part of it.

The PA, headed by Abbas, does not play any role in resisting the occupation within the means permitted by international conventions, although it is able to achieve better gains in the interim if it allows the resistance factions to pay the entity the price of the occupation and not offer it for free and within the project, which is internationally permitted according to charters and customs.

The PA is satisfied with a fictitious propaganda role on the issue of legal prosecution of the occupation. In practice, what it offers is absolutely zero. You can imagine, dear reader, to prove this: the Authority did not release the ownership documents of the Sheikh Jarrah neighbourhood houses, despite the Jordanian authorities claiming that they were handed over to Ramallah.

An example of this is also leaving the project of Mounib Al-Masry, and those with him, without financial support, in the case of suing Britain over the Balfour Declaration, while Al-Masry seeks to establish a fund to collect donations for this purpose. There is much more about the Authority’s failure to act before the International Criminal Court and its failure to prosecute prominent war criminals of the occupation.

In the independent State of Palestine, a land that is not geographically connected, without an army or borders—except for Gaza—and leaders move around with VIP cards granted to them by the occupation, which they are blackmailed for, morning and evening. We have seen the humiliating way in which Prime Minister, Muhammad Shtayyeh, was treated at one of the security checkpoints a short time ago.

In the independent State of Palestine, a President whose term expired in 2001 has suspended an elected legislature, even though the PA law stipulates that he only remains an active member until the election of a new legislative assembly.

In the State of Palestine, which celebrated its independence a few days ago, detainees whose crime was that they resisted the occupation, and the wish of one of them, when he was arrested, was to go to the prisons of the entity, as it is more merciful to him than the horrors of torture in the prisons of the PA.

In addition to the families of prisoners in Gaza, whose salaries were withheld from them, and an entire city called Gaza, the Authority receives full taxes on the goods that enter it through the occupation crossings, but without giving any of it to Gaza, under the pretext of the continuing division.

In the State of Palestine there are tens of millions of Palestinian refugees abroad, whose State does not recognise them and does not defend their right to return. Rather, the position of the Head of the Palestinian Authority, the “Head of State,” was inappropriate when he announced his renunciation of his right to return to his original town of Safad, in northern Palestine.

The examples in this context are almost endless, but the conclusion is that the Declaration of Independence may be understood in its time to remind the world of the question of Palestine and the right of its people to an independent State, on its soil and under its flag.

However, what we currently see is an annual exaggeration in the simulated celebration and the selling of an illusion to the Palestinian people—a severely criticised issue that should stop.

The Palestinians inside and outside the country should be reminded of their cause and the importance of their efforts to fully liberate their land for complete and undiminished sovereignty, and that tomorrow is near.