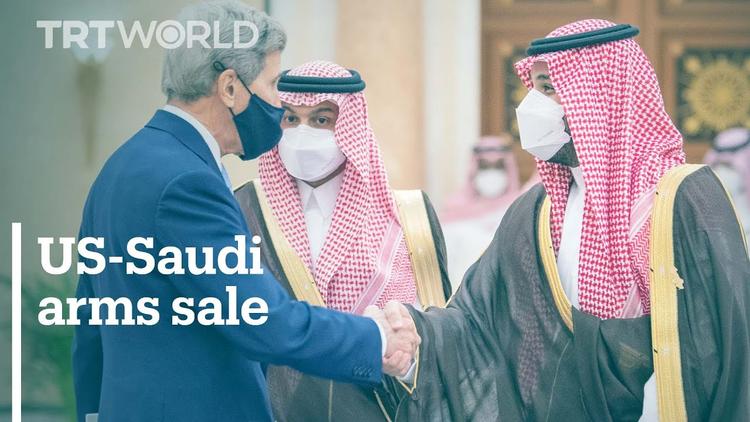 When you were elected last year, we urged your incoming administration to strive to be a leader in human rights and made a series of recommendations for how to do so. We write today to raise concerns about US policy toward the Middle East where, despite early positive actions, we have seen significant missteps that have failed to prioritize human rights and in fact have served to undermine them.

We were pleased to see your administration restore funding for the United Nations Relief and Works Agency and suspend certain weapons sales to Saudi Arabia. We also applaud the declassification of intelligence on the killing of Jamal Khashoggi and Saudi Arabia’s role in the 9/11 attacks. The current practice of US officials regularly meeting with representatives of civil society is important and we hope it will continue.

Still, we are concerned that a number of policy decisions have set the US backwards when it comes to promoting human rights in the region. Although you and Secretary of State Antony Blinken have pledged to place human rights at the center of US foreign policy, we have at times seen the opposite in your Middle East engagement.

Key areas of concern include:

Military aid to Egypt. The Egyptian government of President Abdel Fattah al-Sisi has committed extensive, gross human rights violations, some of which likely amount to crimes against humanity. During the campaign, you pledged that there would be “no more blank checks” for al-Sisi, whom former President Donald Trump had called his “favorite dictator.” Alongside its public relations efforts, al-Sisi’s government oversees relentless suppression of dissent and serious abuses including systemic, widespread enforced disappearances; torture; the imprisonment of political activists; and extensive unlawful home demolitions in North Sinai, that led to evicting over a quarter of its population. In a recent report, Human Rights Watch documented a pattern of extrajudicial killings by the Egyptian government that have been covered up as “shootouts.”

Indeed, Egypt is living under the most severe period of repression in its modern history. Despite these facts, your administration authorized more than $1 billion in annual security assistance. And, instead of withholding an additional $300 million in military aid to Cairo that was legally conditioned on respect for human rights, the administration is holding back only $130 million until Egypt meets certain benchmarks unknown to the public. This questionable move skirts the intent of Congress and makes the administration look accepting of dubious commitments by the Egyptian government and its “human rights strategy.”

Arms sales to Israel that contribute to grave human rights abuses and violate US legal requirements. The US government has not adequately condemned Israel’s human rights violations despite its state authorities’ commission of the crimes against humanity of apartheid and persecution, as well as apparent war crimes. During the May 2021 hostilities in Gaza, the Israeli military bombed a high-rise building serving as the headquarters of several international media organizations. This bombing was one of several unlawful Israeli strikes documented by Human Rights Watch that destroyed high-rise towers that housed dozens of homes and businesses, or that killed scores of Palestinian civilians, with no evident military targets in the vicinity, and certainly none that justified such disproportionate harm to civilian homes and property. Mere weeks later, the US authorized an additional $735 million in arms sales of precision-guided weapons to Israel, even though the Israeli military had just precisely targeted the high rises and other targets causing deaths and injury among civilians. During a recent meeting with Prime Minister Naftali Bennett, you committed to an “unshakable partnership” with Israel without publicly raising the severe, systematic and ongoing human rights abuses against millions of Palestinians.

Arms sale to the Kingdom of Saudi Arabia. While your administration committed to ending some arms sales to Saudi Arabia and the United Arab Emirates due to their conduct in the war in Yemen, the US government this year approved a $500 million deal on military support services for Saudi Arabia. It has been reported that additional arms sales to Saudi Arabia and the UAE will also be approved—this is despite the Saudi- and UAE-led coalition’s numerous violations of the laws of war including significant harm to civilians with no accountability. Legal scholars have warned for years that continued US government support to Saudi Arabia’s military campaign in Yemen may not only make the US government complicit in coalition violations of the laws of war, but also expose US officials to legal liability for war crimes. Back home, Saudi Arabia continues to target human rights activists and dissidents, cracking down on freedom of expression and creating a deeply repressive environment for civil society.

National Security Advisor (NSA) Sullivan’s meeting in September with Mohamed Bin Salman. Your administration’s decision not to impose sanctions on Mohammed bin Salman, despite a US intelligence assessment concluding that he approved the killing of journalist Jamal Khashoggi, was deeply disappointing. Instead of making clear that accountability for grievous crimes is a key US priority, NSA Sullivan sent the opposite message by meeting with bin Salman the same week as the three-year anniversary of Khashoggi’s death and without any public messaging about bin Salman’s responsibility for the murder.

Supporting normalization of relations with Syria despite its clear record of human rights abuses. This summer, your administration indicated that, in order to allow Syria to participate in a multi-state deal, it would waive sanctions mandated by the Caesar Syria Civilian Protection Act. In that same time period, INTERPOL allowed Syria to rejoin, and Tunisia and Oman began reopening Damascus embassies. Following your meeting with King Abdullah of Jordan, in which the King proposed a plan for rapprochement with Syria, King Abdullah spoke with President Bashar al-Assad for the first time since the war in Syria began in 2011; Lebanon sent an official delegation to Syria; the Syrian defense minister met with the Jordanian army chief; Jordan reopened its main border crossing with Syria; and Royal Jordanian Airlines announced that it will resume flights to Damascus that had been suspended.

These diplomatic engagements, without actions taken in parallel to address the abuses of the Syrian government, obscure the need for justice for victims and allow Assad to engage in further abuse. Many of the abuses seen in the years following the start of the war, during which many in the international community saw Syria as among the worst human rights violators, continue unabated, even in places where the fighting has largely stopped. We look to the US administration to strengthen its stance on accountability for international crimes committed by all parties to the Syrian conflict. We urge you in particular to support the International, Impartial, and Independent Mechanism, as well as other justice efforts in US and European courts, including through the use of universal jurisdiction.

We are aware that some of the administration’s Middle East policies are driven by US political and strategic interests, particularly in the sphere of security. However, this should not be an excuse for the US to overlook the human rights abuses that these governments commit. Indeed, abuses such as arbitrary arrests and detentions, crackdowns on the political opposition and critics, and harming civilian populations in violation of international humanitarian law can lead to more, not fewer, security problems in the region and contribute to an environment in which human rights are seen as dispensable.

US policy during your administration has fallen short of your promises on human rights. We urge you to course correct and make clear that human rights will be more robustly pursued in your Middle East policy.

Higher standards for arms sales and security assistance. Given the myriad examples above of arms sales and security assistance to human rights abusing nations, we strongly urge your administration to reassess its standards for approving partnerships. Officials tasked with security partnerships at the State Department and Department of Defense should weigh human rights as a priority interest per your own commitments upon taking the presidency. Arms sales and security assistance packages should not be approved without the input of the State Department’s Bureau of Democracy, Human Rights and Labor (DRL), which should play an essential role in determining whether assistance should be approved at all and, if so, whether it should be conditioned and on what outcomes. Any DRL dissent should be registered with the highest-level approving official.

Public condemnation of human rights abuses. We urge US officials to consistently make public statements condemning specific rights abuses when they occur and regularly call for respect of human rights, accountability for rights violations, and support for human rights defenders regardless of the nature of the relationship between the US and those responsible for rights abuses. To remain silent because a nation is a security or economic partner is to offer a path to impunity and more abuses. The United States loses credibility when, for example, US officials condemn unlawful Palestinian rocket attacks into Israel while overlooking unlawful Israeli airstrikes in Gaza. When meeting with foreign officials, we have welcomed your public statements noting that human rights were discussed but urge your administration to make more clear what specific human rights issues US officials put on the table. The aim should be to ensure that the people of the country in question understand the particulars of US concerns, not simply that they were privately conveyed to the government.