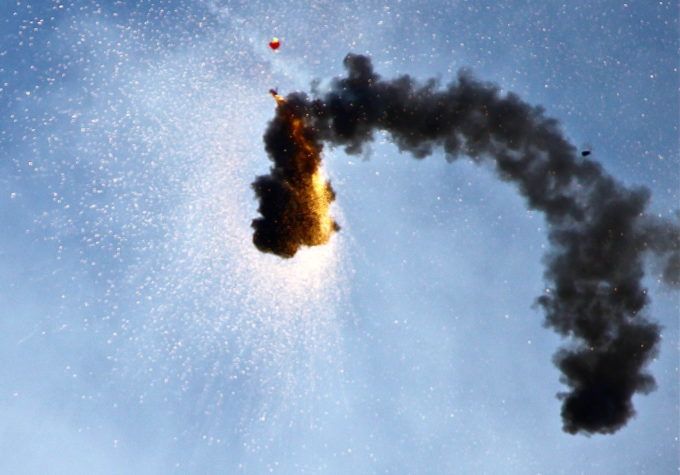 (Counterpunch) – American foreign policy today is in a reactionary death spiral. Never has a new “national security” policy paradigm been more desperately needed, yet there is not even a glimpse of salvation on the horizon—wherever you look you will find policies that speak to the past and offer little hope for a viable global future.

The paradigm that ensnares American diplomacy cemented some 75 years ago with World War II and the Cold War. Those cataclysmic events forged an enduring American national security state characterized by unlimited global intervention, cultivation of an ever-metastasizing “military-industrial complex,” and endless and often racialized enemy-othering followed by highly destructive yet ultimately losing wars replete with devastating blowback on the “homeland.”

Urgently needed is a new foreign policy paradigm of cooperative internationalism centered on combating climate change, population control, control of infectious disease, investment to deal effectively with poverty and global migration, dramatic demilitarization, and renunciation of arms as well as human trafficking. The United States should take the lead in resurrecting and strengthening the United Nations to better enable it to pursue the mission of promoting global security, anti-racism, and universal human rights.

Sound like idealistic liberal poppycock? Well, how do you like what the “realist” foreign policy paradigm has delivered—an endless series of forever wars, an utterly inept response to the existential threat of climate change, rampant destruction of animal and plant species, ongoing militarization of the planet amid poverty, epidemic disease, and little prospect of genuine national, much less international, security.

Still in the grip of the Cold War paradigm, the Biden administration is just as wedded to confrontation with China and Russia as Harry Truman, Dwight Eisenhower, and every other administration since 1945. The sheer hubris at the core of American national identity—typically referenced as American exceptionalism—cannot abide the existence other great powers. Yes, China’s takeover of Hong Kong, efforts to establish hegemony in the South China Sea, and egregious human rights record, especially in Tibet and Xinjiang, are disturbing. Over time a viable UN—which realists have long hamstrung and condemned as an outpost idealistic universalism—could put meaningful pressure on China on human rights, but at this time cooperation on climate change is the greater priority.

The one thin reed of Biden diplomatic accomplishment–which can be credited to John Kerry rather than the plodding Secretary of State Anthony Blinken–was agreeing with Chinese leader Xi Jinping to pursue joint action, tepid as it has been to this point, on climate change. We have no choice but to work with other nations, especially China and India, and to do so immediately. There is only one clear vision on the global horizon, and that is the ever-rising tidal wave of climate change fueled by decades of US-led global oil addiction, which was yet another staple of the postwar paradigm.

US policy on Russia has been irrational since 1945. At that time a truly “realistic” foreign policy would have recognized and settled for trying to ameliorate an inevitable expansion of Soviet influence owing to the sacrifices of the USSR in the war. Well more than 50 Soviets died for every dead American in the conflict as the USSR deserved the lion’s share of the credit—which of course it never received from either Washington or Hollywood—for defeating the Nazis.

Instead of addressing Soviet power realistically the United States declared and waged an ideological holy war, which produced militarized nightmares all over the world and notably in Indochina. After childishly trumpeting “victory” in the Cold War in 1991, the United States did the one thing that Russian experts notably George F. Kennan warned would ensure that the Cold War continued—it expanded NATO, a hostile anti-Russian military alliance, into Eastern Europe and then into the former Soviet republics.

Today, Vladimir Putin has drawn the line in eastern Ukraine, a place in which millions of Russians live (they comprise nearly a two-thirds majority in the Crimea, which Putin has already secured) and where the Russian language is widely spoken. Rather than having the realism to recognize Russian national interests along its western border–and pursue common ground on climate change and perhaps non-intervention in each other’s domestic politics–the United States is choosing confrontation at the risk of an escalating military conflict.

Finally, postwar US foreign policy in the Middle East, anchored by support for reactionary regimes throughout the region—notably Egypt, Israel, and Saudi Arabia—has been an unmitigated disaster replete with forever wars, horrific blowback, and perennial instability. The only “success” in the region was to keep the oil flowing, which produced the existential crisis we now face.

Now, because the Biden administration is bowing to the Trump policy of torpedoing the 2015 Iran nuclear agreement, the possibility of yet another Middle East war has emerged before the dust has even settled in Afghanistan. Israel of course is the only country in the Middle East that actually has nuclear weapons, which it developed in the 1960s in defiance of the US-led nuclear non-proliferation agreement (1968). Israel and its lobby—by far the most powerful lobby of any foreign nation in American history–prefer war to diplomacy hence the openly racist former Israeli leader Benjamin Netanyahu and now his successor, Naftali Bennett– who likes to boast about the number of Arabs he has killed–strive relentlessly to overturn the 2015 accord with Iran. The multilateral agreement was an excellent piece of diplomacy that would have kept Iran verifiably bomb-free in return for sanctions relief.

Israel, now widely and accurately recognized as an apartheid state, has with the assistance of the AIPAC-led lobby—which controls the US Congress as fully as Putin controls the Russian duma—every intention of provoking a war with Iran. Blinken, a longtime dedicated Zionist, might just accommodate them, pulling sleepy Joe along, rather than resurrecting the nuclear accord.

What is certain is that Congress will continue to give Israel, a tiny little country of some nine million people, more money than it gives any other country and even whole continents–$3.8 billion a year and $146 billion since 1948. This ongoing and absurd level of military assistance has made Israel the colossus of the Middle East, the world leader in targeted assassination with a specialization in waging indiscriminate warfare against Arabs especially in the captive Gaza strip, the site of repeated war crimes. For decades Israel has made a laughingstock of the mythical “peace process” as more than 700,000 “settlers” intruded into the illegally occupied Palestinian territories. Israel is in the process of taking over East Jerusalem, which was supposed to be the capital of an independent Palestinian state.

US foreign policy has enabled and funded these actions by the Jewish state, which Israel proclaimed itself to be in 2018. The Jewish State Law made apartheid official, marginalizing Israel’s Arab population, 20 percent of the total, as well as the repressed Palestinians in the occupied territories.

The aforementioned George Kennan once compared US foreign policy to a brontosaurus, a large prehistoric beast that wreaked havoc with its powerful tail, which went unrestrained by its very small brain. The image has never been more appropriate than today.

A new foreign policy paradigm is desperately needed but, as with World War II, it will probably require a cataclysm to inspire the required tectonic shift. In the meantime, there will be a premium on survival.

Reprinted from Counterpunch with the author’s permission.