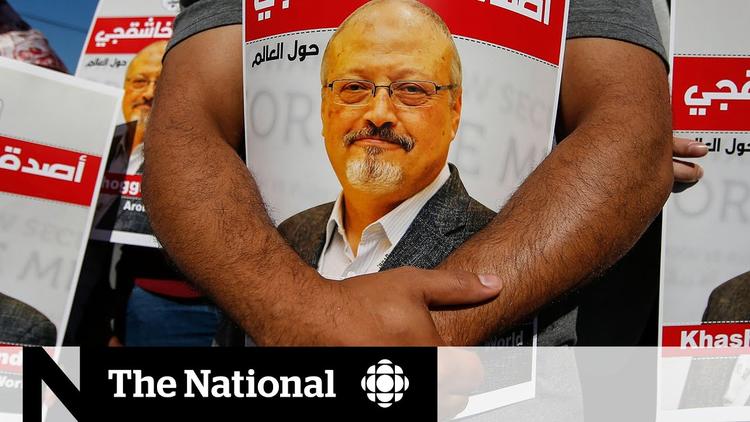 Update: French authorities have released the individual they apprehended on Tuesday. Read on for the significance of this attempted arrest of al-Otaibi.

Ann Arbor (Informed Comment) – Rick Noack and Sarah Dadouch at The Washington Post report that French authorities arrested a Saudi man they believe to be Khalid Aedh al-Otaibi, a member of the royal guard who stands accused of being part of the assassination team that murdered Washington Post columnist Jamal Khashoggi on October 2, 2018 in the Saudi consulate in Istanbul. French police acted on a Turkish warrant, and for the arrest they came on to a plane about to take off for Riyadh from Charles De Gaulle International Airport.

Saudi authorities issued a statement alleging that the incident was a case of mistaken identity, and that the man arrested was not the Otaibi in the royal guard. The Saudi government held a show trial for some low-level government employees and jailed them for a while, attempting to maintain that they were the culprits in the murder. WaPo says Riyadh’s denial has shaken the confidence of the French police, who privately admitted that they may indeed have apprehended the wrong man.

The arrest is nevertheless significant, on several grounds. It is the first attempt to take one of the Khashoggi assassins into custody. It is also an affirmation of the French judiciary’s embrace of universal jurisdiction. French courts have explicit authorization from parliament to pursue torturers and perpetrators of genocide from certain countries. But a decade ago, parliament also adopted the Rome Statute into French law. This legal document on punishing war crimes formed the charter of the International Criminal Court, established at the Hague in 2002, to which over 100 countries are signatories.

If the French do have Otaibi, they would have a choice of extraditing him to Turkey or of first trying him themselves. Turkey, despite warming ties with Saudi Arabia, says it wants Otaibi.

Human Rights Watch observers, “No subsidiarity requirement exists for torture and enforced disappearance, meaning that French courts do not need to decline jurisdiction and give priority to the courts of the country where the crimes occurred or international criminal tribunals.”

Otaibi is accused of participating in the torture and forced disappearance of Khashoggi, so the French courts have jurisdiction to try him themselves. He is said to have smuggled the hapless journalist’s body parts out of the consulate after a medical examiner brought along for the purpose had cut up his corpse with a bone saw.

Trump and Jared Kushner ran interference for Crown Prince Mohammed Bin Salman when the murder was revealed by Turkey and audio tapes from the bugged consulate were released. Trump and Kushner boasted of having “saved” him by stonewalling journalists’ questions and making the story disappear from the headlines. (That they were able to do this tells you how corrupt American journalism is). The French arrest is therefore also significant as a rebuke to the criminal Trump regime.

“On October 2, 2018, Saudi Arabia shocked and dismayed the world by sending a team of hit men, several from the circle of Bin Salman, to kill Washington Post columnist and long-time Saudi journalist Jamal Khashoggi at the Saudi consulate in Istanbul. He was strangled to death and then his body was cut up by a medical examiner with a bone saw and disposed of. A body double had been sent to create the impression that Khashoggi had left the consulate alive, but he had much bigger feet than Khashoggi and had not been provided the right shoes, and so the death squad had to give up on that subterfuge. The assassins also apparently did not realize that the consulate was bugged by both the Turkish and the US governments, who therefore heard the entire gruesome murder via signals intelligence. The US CIA concluded that Bin Salman himself had likely ordered the killing.”

Saudi intelligence used the rogue Pegasus hacking tool sold to Riyadh by the Israel-backed NSO company to spy on the smartphones of Khashoggi and his circle.

The CIA assessment that the Saudi government ordered the hit on Khashoggi was published in February.