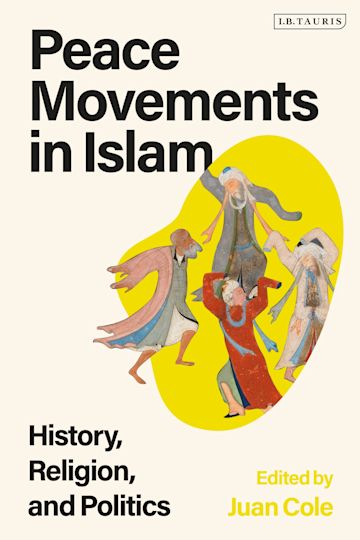 Many thanks to Simon Mabon, Professor of International Politics at Lancaster University and prominent Middle East specialist, for hosting me on his Sepad Podcast to speak about my new edited book, Peace Movements in Islam

This book results from two conferences held at the International Institute of the University of Michigan to explore the theme of peace in Islam — a theme with a rich and varied history but which has been neglected in American writing on the religion. There is now a big field of “Peace Studies” and degrees are offered in it, and a lot has been written on Christianity and peace studies. But the literature on Muslim such movements is tiny. Our authors look at Sufis in Senegal, Abdul Ghaffar Khan in India (an associate of Gandhi), Muslim women peace activists in Bosnia, and so forth. I have a major chapter on “Doing Good to Enemies in the Qur’an.” But I tell the whole story in the podcast:

Here's the final #SEPADPod of 2021, with the incomparable @jricole, talking all things Islam, The Beatles (yes), peace studies & much more: https://t.co/CND5N02lNF

A great way to end the year!

Here is the description of

“Contrary to the distorted and in many places all-too prevalent view of Islam as somehow inherently or uniquely violent, there is a dazzling array of Muslim organizations and individuals that have worked for harmony and conciliation through history. The Qur’an itself, the Muslim scripture, is full of peace verses urging returning good for evil and wishing peace upon harassers, alongside the verses on just, defensive war that have so often been misinterpreted.
This groundbreaking volume fills a gaping hole in the literature on global peace movements, bringing to the fore the many peace movements and peacemakers of the Muslim world. From Senegalese Sufi orders to Bosnian women’s organizations to Indian Muslim freedom fighters who were allies of Mahatma Gandhi against British colonialism, it shows that history is replete with colorful personalities from the Muslim world who made a stand for peaceful methods.”