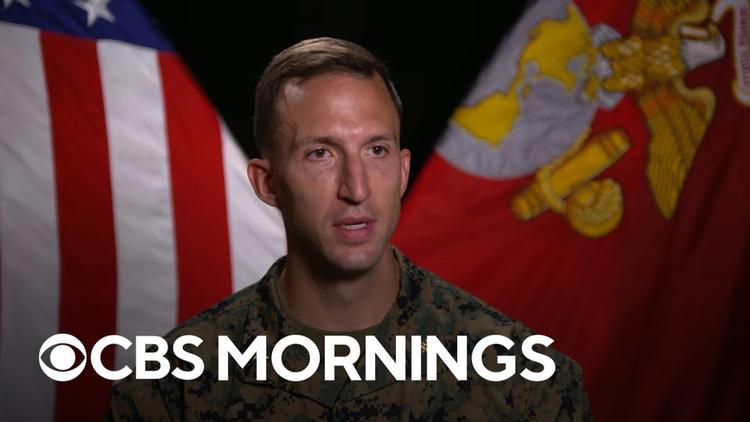 ( ProPublica ) – During the final days of the U.S. evacuation of Afghanistan in August, a suicide bomber killed 13 American service members guarding an entrance to Kabul’s airport and scores of Afghan civilians huddled outside its walls.

Initial reports said a vicious firefight followed the blast, as surviving Marines defended themselves from militants who unleashed a fusillade of gunfire. One Marine officer told CBS News that his subordinate shot an “opposing gunman” after taking a bullet to the shoulder.

“The attack on the Abbey Gate was followed by a number of ISIS gunmen who opened fire on civilians and military forces,” U.S. Central Command chief Gen. Kenneth F. McKenzie, Jr. told a Pentagon press conference the day of the bombing. “A number of Afghan civilians were also killed and injured in the attack.”

But a declassified military report reviewed by ProPublica and Alive in Afghanistan provides a starkly different account, raising fresh questions about one of the deadliest days for American troops in the 20-year history of the war in Afghanistan.

The report found that some U.S. Marines fired their weapons after the bombing — but no enemy shooters were present. Instead, the Americans were likely reacting to warning shots fired by the British military and other American units in nearby positions. The combination of combat trauma, head injuries, smoke and tear gas caused some of them to believe, incorrectly, that they were being fired upon by an attacker, the report said.

On the day of the bombing, military officials had specific intelligence of a possible attack at the airport. Despite the warning, the report found that multiple possible routes bypassed checkpoints manned by the Taliban, which would have allowed the bomber to approach the gate unimpeded. That attack, it said, was “not preventable” without undermining the evacuation mission. It’s not clear from the ProPublica review whether commanders knew about the existence of the unguarded approaches to the gate.

Despite American and allied troops shooting from multiple directions, military investigators said they found no evidence that Afghan civilians, gathered by the hundreds in a narrow walled corridor leading to the airport’s Abbey Gate, were struck by the resulting gunfire.

But military investigators found that “several Marines returned fire” after the blast. What they were shooting at and who, if anyone, they hit, remains unclear. “There’s wide variation of thought on where the firing originated and who was actually doing the firing,” the report said.

The report is the result of an investigation typically ordered by U.S. commanders after any serious incident. It does not appear to have involved interviews with Afghan witnesses regarding the gunfire. The report says: “Open source research found no reporting to support a conclusion warning shots or engagement of targets in response to the attack caused additional harm to civilians.”

A spokesperson for U.S. Central Command did not immediately respond to a voice message requesting comment.

The report raises new concerns about U.S. military leaders’ decision to staff the entrance with mostly junior Marines who had never been in combat and were not trained for an evacuation mission that involved deciding which Afghans to allow into the airport. Many of the Afghans were interpreters, aid workers or soldiers who had served alongside the American military. They were terrified of reprisals from the Taliban.

The report’s findings run counter to the recollection of U.S. Marines, who reported that several gunmen opened fire on them, and the accounts of Afghan civilians, some of whom said they believed American or foreign troops fired into crowds in the confusion following the blast.

Hospitals in Afghanistan reported treating Afghans who had suffered bullet wounds. A spokesperson for Emergency Hospital, an Italian-run facility in Kabul for treating war victims, said that after the blast it received at least 50 Afghan patients, some of whom had been struck by gunfire.

The suicide bombing occurred in the final days of America’s war in Afghanistan. After the Taliban rapidly regained control of the war-torn country, Kabul’s airport was overrun by Afghan civilians seeking to flee. American leadership responded by sending thousands of Marines to bring order to the airport. They became de facto immigration officers, pulling American citizens, U.S. green card holders and other Afghans considered allies from a crowd of thousands.

By Aug. 26, the largest noncombatant evacuation in U.S. history had become largely consolidated to a single airport entrance overseen by troops from the 2nd Battalion, 1st Marines. Thousands of desperate Afghans were crammed into a narrow passageway leading to the gate, which was hemmed in by tall concrete walls and divided down the middle by a canal that had turned into an open sewer.

It was, essentially, a human cattle chute.

At approximately 5:36 p.m., just minutes before the Marines were scheduled to close the gate and prepare to withdraw, an Islamic State militant named Abdul Rahman Al-Logari detonated a suicide vest containing an estimated 25 pounds of explosives. He had escaped from a high-security prison earlier that month after the U.S. abandoned Bagram Air Base, the central aviation hub for U.S., NATO and Afghan government war fighting efforts.

The blast sent ball bearings hurtling through the crowd and across the canal, tearing through the bodies of Afghan men, women and children and U.S. Marines standing just outside Abbey Gate. The death toll: 13 American servicemembers and an estimated 160 or more Afghans. The report said 39 American troops were injured. More than 200 Afghans were wounded, according to media reports.

In the chaos that followed, the air buzzed with gunfire, and people fled in all directions, some of them stepping over bodies of the dead and wounded, witnesses said.

Gunfire came from multiple directions around Abbey Gate, according to the report. Toward the south, British troops posted around the nearby Baron Hotel fired warning shots from two separate locations. Marines with the 2/1 fired their own weapons. One or more troops — whose identity was redacted — fired several shots toward the Baron Hotel, which would have passed near the Marines who had been guarding the gate, the report says.

“Four rounds would have crossed the frontage of Marines who were entering the canal to recover casualties and take up security positions which would have contributed to their perception that they were taking fire,” investigators found.

Troops in the 2nd Battalion, 1st Marines reported firing on two individuals on the rooftop of a building to the east, one of whom had a camera and one of whom had a rifle. But battalion leadership told investigators those buildings were controlled by the Taliban and that it was unlikely Marines received fire from those positions. The report does acknowledge the possibility that “a rogue Taliban member” could have fired at Marines.

Investigators discounted many of the recollections of Marines from the 2/1, noting that they were young and had not experienced combat. Many of those interviewed were near the blast and suffered potential traumatic brain injuries or concussions, the report says.

“It is worth noting that the only Marines who reported receiving the fire following the explosion were junior Marines with no prior combat experience,” the report says. “Other leaders concluded there was no complex attack merely the belief there was one.”