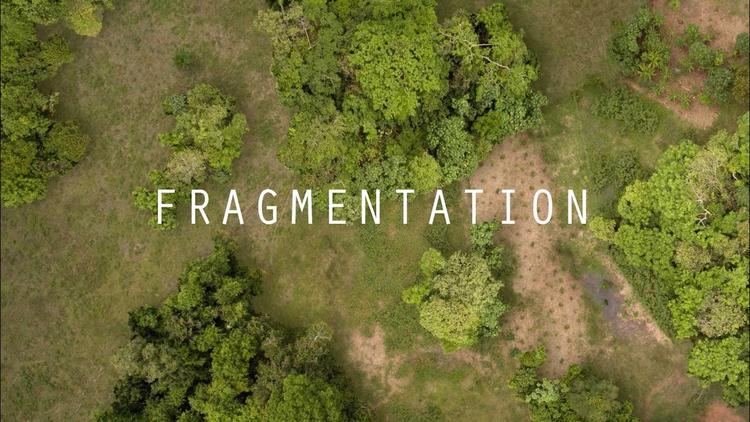 Picture a mature, broad-branched tree like an oak, maple or fig. How does it reproduce so that its offspring don’t grow up in its shadow, fighting for light?

The answer is seed dispersal. Plants have evolved many strategies for spreading their seeds away from the parent plant. Some produce seedlings that float on the wind. Others have fruits that actually explode, ejecting their seeds.

And more than half of all plants rely on wildlife to disperse their seeds. This typically happens when animals eat fruits from plants or carry away their nuts, then excrete or drop the seeds somewhere else. In tropical rainforests, animals disperse the seeds of up to 90% of tree species.

Today the Earth is losing species at a rapid rate, potentially representing the sixth mass extinction in its history. In a newly published study, we examine what this loss means for seed dispersal, focusing on birds and mammals that disperse fleshy-fruited plants.

We assessed how seed dispersers help plants shift their geographic ranges to reach habitats newly suitable for growth – a crucial mechanism for surviving climate change. If not enough seeds disperse to track the environmental conditions like temperature and precipitation that plants require, the plants could be stuck in settings where they will struggle to survive. This could lead to losses of plant species, along with the valuable products and services they provide, ranging from food to carbon storage.

A new era for plant movement

Animals have been dispersing seeds for millions of years, but the relationships between plants and their seed dispersers have changed dramatically in our modern era.

Berries in California are no longer eaten by grizzly bears, which disappeared from the state a century ago. On the island of Madagascar, seeds no longer travel in the bellies of gorilla-sized lemurs, which went extinct there about 2,300 years ago. In France, seeds don’t catch a ride on the fur of lions or between the toes of rhinos that once lived there, as shown in prehistoric cave paintings. When animals disperse seeds today, their movement is often hampered by roads, farms or built-up areas.

For most animal-dispersed plants – especially those with large seeds, which require large animals like tapirs, elephants and hornbills to spread them – these changes mean a big reduction in seed dispersal, and a great slowdown of plant movement.

Research by our team and work by many colleagues have uncovered the negative ecological consequences that occur when seed dispersers disappear. Now researchers are assessing how seed dispersal decline is affecting plants’ responses to climate change.

To overcome this challenge, we pulled together data from published studies showing which bird and mammal seed dispersers eat which fruits, how far they spread the seeds, and how their digestive systems’ effects on the seeds help or hinder germination. These three steps together describe what’s required for successful seed dispersal: A seed must be removed from the mother plant, travel some distance away from it and survive to become a seedling.

Next, we used machine learning to generate predictions for seed dispersal, based on the traits of each species. For example, data on a medium-sized thrush in North America could help us model how a medium-sized thrush species from Asia dispersed seeds, even if the Asian species wasn’t studied directly.

Using our trained model, we could estimate seed dispersal by every bird and mammal species – even rare or extinct species for which there isn’t any species-specific data on the seed dispersal process.

The last step was to compare current seed dispersal to what would be happening if extinctions and species range contractions hadn’t happened. For fleshy-fruited plants, we estimate that because of bird and mammal losses, 60% fewer seeds are being dispersed far enough worldwide to keep pace with climate change by shifting locations. Further, we estimate that if currently endangered seed disperser species such as bonobos, savanna elephants and helmeted hornbills became extinct, global seed dispersal would decline by an additional 15%.

The impact of past seed disperser declines has been greatest in areas including North America, Europe and the southern part of South America. Future losses of endangered species would have their most severe impacts in areas including Southeast Asia and Madagascar.

With fewer seed dispersers present, fewer seeds will be moved far enough to enable plants to adapt to climate change by shifting their ranges.

Seed dispersal also helps forests and other natural ecosystems recover from disturbances like wildfire and deforestation. This means that mammals and birds play a major role in sustaining natural vegetation.

Most forest recovery around the world happens through seed dispersal and natural forest regrowth rather than via people planting trees. Seed dispersal by animals is especially important for tropical forests, which can grow back relatively quickly after they are logged or burned.

Seed dispersers also promote biodiversity by helping to ensure that a large number of plant species can survive and thrive. Ecosystems that contain many plant species with diverse genetic makeups are better equipped to handle uncertain futures, and to sustain the ecosystem functions that humans rely on, such as storing carbon, producing food and timber, filtering water and controlling floods and erosion.

There are ways to increase seed dispersal. Making sure patches of similar habitats are connected helps species move among them. Restoring populations of important seed dispersers, ranging from toucans to bears to elephants, will also help. And global models of seed dispersal like ours can help scientists and land managers think about seed dispersers as a nature-based solution for addressing climate change.