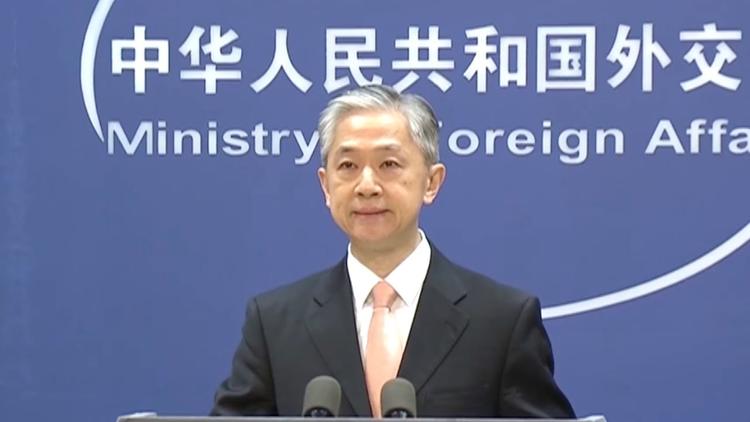 Ann Arbor (Informed Comment) – China continues to rescue Iran from Washington’s financial and trade blockade on Iran, which by May, 2019, had reportedly reduced its petroleum exports from 2.5 million barrels a day to only about a tenth of that. Petroleum is a major source of income for Iran, and benefits the government and governmental elites in particular. Iran had fulfilled all of its obligations under the 2015 deal, but Trump pulled out and imposed a “maximum pressure” campaign on the country in May, 2018, in hopes of crushing its economy.

The Tehran Times reports that the private investment analysts at Kepler say that China imported 600,000 barrels a day from Iran in November, up from about 440,000 in October. It was the most imported per month since August. These figures suggest that Iran has been selling on the order of 500,000 barrels a day to China this year. The Iranian petroleum ministry says oil sales were up substantially in 2021.

As this clip notes, this month marks the 50th anniversary of the opening of diplomatic ties between China and Iran, and the foreign ministry in Beijing says it looks forward to deepening its relationship with that country.

China is breaking the US invisible blockade for several reasons. Beijing knows that a transition to electric cars will take a decade and a half at least, and I think it wants to lock in petroleum from Iran at a premium during this transitional period. The Chinese government is against unilateral sanctions of the sort the US uses its Office of Foreign Asset Control to impose on other countries and even on third parties. The Communist Party officials are well aware that the US could use this tool against them, as well. Chinese President Xi Jinping also sees an opportunity to add Iran to China’s One Belt, One Road initiative, which aims at putting pan-Asian trade and infrastructure under the auspices of his country. In short, the Chinese can make money investing in Iran and make Iran their sphere of influence, gaining an ally at a time when Europe has been locked out of the Chinese market by US third-party sanctions.

The Iranian Foreign Minister, Hossein Amir-Abdollahian, will go to China at the end of this week for consultations with his counterpart, Wang Yi, according to IRNA. Among other topics, the two will discuss the 25-year economic agreement to which they previously agreed.

President Biden came into office pledging to return to the 2015 JCPOA or Iran nuclear deal, and his officials discussed reversing Trump’s massive sanctions on the country. Biden’s team, however, has not to my knowledge lifted any of Trump’s blockade measures, including his outrageous designation of the country’s central bank as a terrorist organization, which impedes all monetary exchanges with the country.

Not only did Iran sell more oil last year but it was worth more. Petroleum was less than $55 a barrel at the beginning of last year, but it broke $80 a barrel several times in October and November.

The run-up in prices makes oil from Iran more attractive, since it is under U.S. sanctions and is discounted about 10%. It is being bought by small private refineries in China called “teapots.” They take it off reflagged vessels representing themselves as selling oil from Oman and Malaysia, according to Bloomberg. Since these teapot refineries operate only inside China and do not pay in dollars, the US Treasury Department cannot easily fine them.

The Biden administration is conducting difficult indirect negotiations with Iran, with an eye to having the US rejoin the Joint Comprehensive Plan of Action of 2015 (the nuclear deal) in return for which it would have to begin strictly observing the treaty’s limitations on Tehran’s civilian nuclear enrichment program. Washington is therefore probably not attempting to stop Iran from smuggling its oil out, though old Iranian tankers turn off their transponders, so finding them on the high seas would be like looking for a grain of rice in a platter of pilaf. The moment, in any case, is propitious for Iran to evade the US iron cage.

China is not the only country skirting US sanctions on Iran — the country does a lot of trade with Iraq and Turkey, and Dubai is alleged to launder money for Tehran in a big way. Iran also sells key natural gas products to Venezuela that are crucial for refining petroleum.

Although the US keeps trying to pressure Iran by quite illegally interfering in its ordinary commerce on the high seas (using threats of sanctions on Iranian trading partners), and US allies like France continue to threaten Iran that it should return to full compliance with the nuclear deal before it is too late, the ayatollahs in Tehran clearly feel that they can just tough out the US blockade, and that they can continue to find cracks in it. I suspect they are very eager for sanctions relief, but they aren’t desperate for it and feel they can take their time with the negotiations in Vienna.