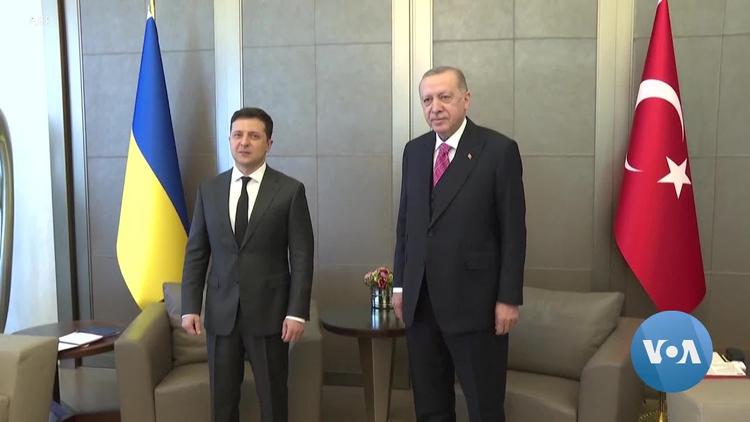 Belgrade (Special to Informed Comment) – In case of war between Russia and Ukraine, Turkey – Moscow’s strategic frenemy – would undoubtedly side with Kiev. Even though a wide-scale conflict has not yet started, Ankara is already trying to strengthen its political positions in the Black Sea region.

Rumors are flying that Turkey plans to take part in a military operation against Russia-backed forces in the Donbass region of Eastern Ukraine. According to unconfirmed reports, Turkey will lead the NATO action and will help Ukrainian Army capture the territory that has been under control of the self-proclaimed Donetsk People’s Republic and Lugansk People’s Republic since 2014.

The Kremlin, on the other hand, has warned that the conflict in the Donbass should not be resolved by military means, otherwise there would be “grave consequences” for Ukrainian statehood. Such a statement is a clear demonstration to both Kiev and the West that Russia intends to intervene if Ukraine launches a large-scale military offensive against Moscow’s proxies. But would Russia really dare to react if NATO troops take part in such an operation?

Although such a scenario does not seem very probable, given that the United Kingdom has already pointed out that it would not fight Russian troops on Ukrainian soil, it is entirely possible that certain Western private military companies would deploy their contractors to the Eastern European country. Turkey, for its part, would unlikely openly interfere in a potential conflict, but Ankara has already signaled that it has no intention to abandon its military cooperation with Ukraine.

“We will not ignore our principles and our close relations with Ukraine just because we have extensive relations with Russia,” said Turkish Foreign Minister Mevlut Cavusoglu on December 24.

Indeed, Ankara has already supplied Kiev with sophisticated Bayraktar drones that proved to be a game changer in the 44-day war fought between Russia’s nominal ally Armenia and Turkey-backed Azerbaijan in the fall of 2020. Interestingly enough, Moscow is reportedly now also interested in purchasing Turkish-made unmanned aerial systems, and Turkey sees no issue in selling drones to Russia. In other words, Ankara aims to sell weapons to both sides and maximally benefit from a potential war.

Despite huge economic problems and currency crisis, Turkey apparently does not plan to give up its geopolitical ambitions. Ankara aims to preserve good ties with both Moscow and Kiev, and Turkish leaders are quite aware that, even if a war eventually breaks out and Erdogan continues to provide military support to Ukraine, the Kremlin will not abandon its lucrative energy projects in Turkey. Thus, Moscow may strongly condemn Turkish arm sales to Ukraine, but in reality Russia will do nothing to prevent such a cooperation.

According to reports, Turkish special forces have been training Ukrainian military, preparing it for “unconventional warfare” since 2016. The two countries have been strategic partners since 2011. In 2019 Ukrainian Armed Forces purchased six Bayraktar drones and three ground control stations from Turkey, and in September 2021 the two nations signed a Memorandum on construction of joint drone training and testing center. Although Russian officials insist that any expansion of NATO military infrastructure in Ukraine would cross the Kremlin’s “red lines”, Moscow is taking no steps to stop the second largest NATO army from strengthening military ties with Kiev.

Instead, Russia is likely planning to turn Syria’s Qamishli Airport, located right on the country’s border with Turkey, into a new permanent air base. Besides Syria, Russia already has military bases in Armenia, the self-proclaimed Republic of Abkhazia, as well as in Crimea, which means that Moscow now has a ring of bases that halfway encircle Turkey. That, however, does not mean that the two countries will ever fight a direct war. The Kremlin’s actions in Syria, and Turkish ties with Ukraine, could be interpreted as part of a “pragmatic situational partnership” between Moscow and Ankara, in which Kiev and Damascus are used merely as instruments.

Turkey is treating Syria’s Idlib province the similar way Russia treats the Donbass. Ankara has de facto created a state within the state on the territory controlled by its proxies in northwest Syria, and has no intention to withdraw its troops from the region any time soon. The difference, however, is that the Donbass, unlike Idlib, has significant coal reserves, but when it comes to energy Turkey seems to have another trump-card against Russia. In July 2021, Turkey has discovered 135 billion cubic meters of natural gas in the Black Sea, which means that Ankara can reduce its dependence on Russian gas, at least to a certain degree. Moreover, Turkey has shared data on its discoveries with US energy majors Chevron and Exxon Mobil, which indicates that Russia’s energy giants will not take part in this lucrative business.

Is that one of the reasons why tensions, although at a lower political level, between Moscow and Ankara started to grow? Recently a park named after Chechen separatist leader Dzhokhar Dudayev was opened in the Turkish city of Kerfez in the north-west of the country, which was seen as a clear provocation in Moscow. As a result, Head of the Russia’s Chechen Republic Ramzan Kadyrov threatened to respond to the Turkish authorities in a similar way – by erecting a statue of the founder of the Kurdistan Workers’ Party, Abdullah Ocalan, in Grozny, the capital of Chechnya.

It is not very probable, however, that his threat will ever be carried out, since “mutually beneficial cooperation” with Turkey seems to be the Kremlin’s priority. But Russian ambivalence regarding Turkish-Ukrainian military ties could very well give Ankara the upper hand in its future relations with the Kremlin.