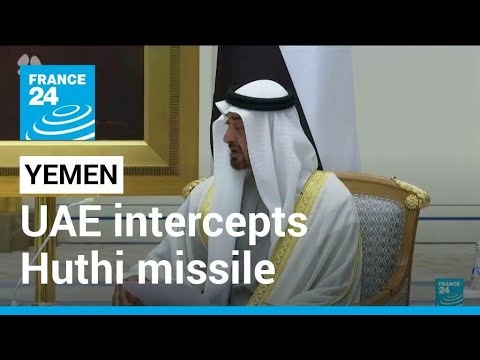 Over the past year, a new phase of violence has emerged in war-torn Yemen between the Saudi-led coalition and the Houthi rebels. From being deadlocked by Saudi Arabia and the United Arab Emirates’ (UAE) military operations to the Houthis’ continued escalation and recruitment of child soldiers in the war, Yemenis see no end to the battle in sight as the conflict enters its eighth brutal year.

A resurgence of violence could have regional ramifications after the Houthis claimed responsibility for a drone attack on an oil facility near the Abu Dhabi International Airport on 17 January, which killed two Indian nationals and one Pakistani national.[1] While the Emirati government warned of “severe repercussions” for the Houthis, and various allies like the United States and Israel also denounced the attack, it demonstrates how Abu Dhabi could, once again, be drawn into the conflict despite its previous claims of a withdrawal from Yemen. Furthermore, there could be a hardening stance against Iran, which backs the Houthis.

In 2021, the Houthi rebels intensified their onslaught against the Saudi-backed government of Abed Rabbuh Mansur Hadi, making several inroads in the governorates of Marib and Shabwa. This followed US President Joe Biden’s decision to end “relevant arms sales” to Saudi Arabia on 4 February, 2021, after his inauguration, following growing criticisms over Washington’s culpability in the war. Yet it evidently prompted the rebel faction to exploit the drawdown from its rivals.

The Houthis had set their sights on Marib, a key governorate considered the last bastion of the Hadi government. While the battle over Marib had initially grinded to a stalemate, the Houthis have now turned their attention to other parts of the country. The faction even moved toward the region of Shabwa, an oil-rich province in southern Yemen. In September, the Houthis made some gains in the northern part of the governorate.

Key actors’ role in the conflict

Facing significant reputational repercussions from the Yemen war, Saudi Arabia had initially toned down its operations in the Yemen war, particularly concerned that it would face further pressure from the US. The Houthis’ renewed campaign has threatened Saudi geostrategic interests in Yemen, and the group’s firing projectiles at the Kingdom has presented new security threats.

Although Saudi Arabia has continued its airstrikes to protect Hadi’s forces, Riyadh has tried to ensure it can still moderate its role in the conflict to avoid further criticism. Following a deadly attack blamed on a Saudi airstrike on a prison in Saada in northern Yemen, the Saudi-led coalition announced it would carry out an investigation into the incident.[2]

The UAE has stepped up its involvement in the conflict once more. Previously, the UAE announced a “drawdown” from the war in 2019. However, its ambitions of securing influence in southern Yemen through its partner on the ground. The Southern Transitional Council (STC) was still very much alive. This put it in contrast with Saudi Arabia, which supported the Hadi government.

Abu Dhabi was less concerned about the Houthis’ presence prior to the latest escalation and was even willing to tolerate the group should it stay clear of southern Yemen. It even saw the political party Al-Islah, which is aligned with the Hadi government, as a greater threat. The UAE considers the organisation to be a regional offshoot of the Muslim Brotherhood, which it has attempted to combat by supporting reactionary “anti-Islamist” political actors.

UAE and Saudis are back together

Recently, however, the renewed threat from the Houthis has presented it as a mutual enemy, thus forcing the UAE and Saudi Arabia to ignore their differences, at least for the time being. After all, the UAE-backed Big Giants, a militia group that is allied to the STC, has joined the government in fighting the group. On 25 January, the militia announced it had taken control of Harib, Marib’s second-largest district, from the Houthis.[3] And on 30 January, Hadi loyalists and the Giants Brigades had recaptured more districts within the crucial governorate, thus putting the Houthis on the back foot.

After all, the UAE supported the STC’s bid to take over Shabwa, given its strategic location and abundance of natural resources, and the Houthis have posed a threat to Abu Dhabi and the STC’s ambitions since they set their sights on the Shabwa governorate. And, given that the Houthis have also been repelled from Shabwa while the coalition keeps making gains in Marib, the rebel faction is evidently being forced onto the back foot.

In response, the Houthis have escalated the conflict with the UAE, including seizing an Emirati cargo ship, which it claimed had weapons on 3 January. As the Houthis have further taken the fight to the UAE, the conflict could further escalate, and the UAE will take a more proactive role in the battle against the Houthis to ensure it can protect its hegemonic ambitions in Yemen’s south.

New dynamics emerge in the conflict

The war could, therefore, dampen de-escalation efforts between Iran and the UAE, which have been ongoing since 2020, particularly since Tehran has increased its backing of the Houthis.[4] Israel expressed its support for Abu Dhabi following the Houthi-claimed drone attack on Abu Dhabi, while Tel Aviv also offered security and intelligence support to Abu Dhabi following the first Houthi attack in January.[5] And when Israeli President, Isaac Herzog, visited Abu Dhabi on 30 January, the first visit of an Israeli President to the UAE in history, Emirati authorities stated they intercepted a third Houthi missile strike which coincided with Herzog’s visit.[6]

It is likely that Israel and the UAE will continue to tighten their regional alliance, as a result. And, as for Saudi Arabia and Iran, their meek efforts to restore their decades-long rivalry could face further challenges, particularly as the Houthis pose further security threats to Riyadh and Yemen.

Thus, the conflict is certainly witnessing new dynamics. Although the Hadi government and STC have unified against the Houthis, both actors would likely be unwilling to put aside their struggle for control over southern Yemen in the future. Without solid international action, the conflict could unravel further and leave scars on many Yemenis, generations to come.