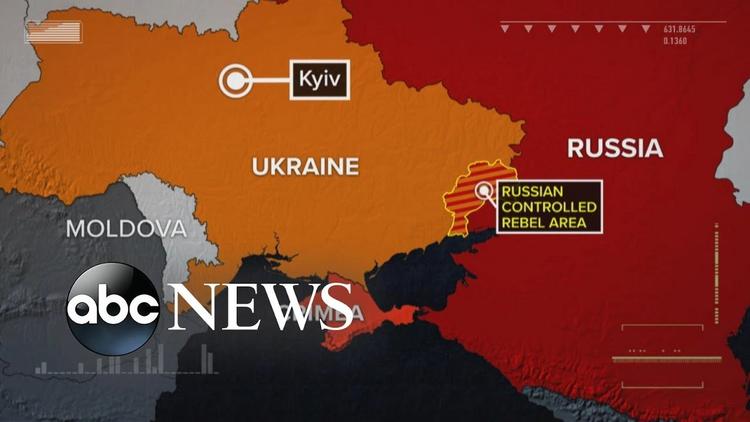 Russian President Vladimir Putin, in a provocative address that could be construed as a pretext to war, claimed on Feb. 21, 2022, that all of Ukraine belongs to Russia and formally recognized the independence of two breakaway regions in Ukraine that are controlled by Moscow-backed separatists. His government then ordered troops to those regions.

To help readers understand the background of these developments, here are five stories The Conversation has published about the centuries-long bad blood between Ukraine and Russia, manifested in everything from religion to political ideology.

Putin’s announcement that Russia would recognize the independence of the two Ukrainian territories is a reflection of his view that Ukraine is part of Russia’s once-great empire, which at one time ranged from current-day Poland to the Russian Far East.

The Russian president is not alone in that view. Two scholars, Jacob Lassin of Arizona State University and Emily Channell-Justice of Harvard University, write that “for centuries, within the Russian Empire, Ukraine was known as ‘Malorossiya’ or ‘Little Russia.’ The use of this term strengthened the idea that Ukraine was a junior member of the empire.”

Czarist policies from the 18th century forward, write Lassin and Channel-Justice, “suppressed the use of the Ukrainian language and culture. The intention of these policies was to establish a dominant Russia and later strip Ukraine of an identity as an independent, sovereign nation.”

2. The Soviet era added to resentment toward Russia

Lassin and Channel-Justice also write about how the shared history of Ukraine and Russia has bred ill will among Ukrainians towards Russia.

Among the many historical grievances: The Soviet Union’s collectivist plans helped wreck the once-famed Ukrainian agricultural sector, leading to a widespread famine in 1932 and 1933, known as the Holodomor.

“Research estimates that some 3 million to 4 million Ukrainians died of the famine, around 13% of the population, though the true figure is impossible to establish because of Soviet efforts to hide the famine and its toll,” write Lassin and Channel-Justice. Soviet leader Josef Stalin prevented Ukrainian farmers from traveling in search of food, and severely punished anyone who took produce from collective farms, which made the famine much worse for Ukrainians. “As such, some scholars call the famine a genocide,” they write.

After Putin’s announcement, the Biden Administration said it would impose economic sanctions on those doing business in the eastern Ukraine provinces declared independent by Russia. Biden has also declared that “severe economic consequences” would follow a Russian invasion of Ukraine.

But it may be hard to get allied countries in Europe to go along with such sanctions, writes Ryan Haddad of the University of Maryland. The reason: the dependence of many European countries on Russian energy.

Russia has a long history of using energy to divide the U.S. and Europe, and Haddad writes that “Russian [natural] gas exports to Europe reached a record level in 2021. … Europe got a glimpse of the potential consequences of this dependence in December 2021, when Russia reduced its gas exports to Europe as the crisis involving Ukraine was heating up.”

4. Russia has been at war with Ukraine for years – in cyberspace

As the world awaits the possible start of war between Russia and Ukraine, scholar Maggie Smith at the United States Military Academy at West Point says that Russia has been attacking Ukrainian government operations and infrastructure for years via cyberspace.

All of those actions, writes Smith, “destabilize Ukraine’s political environment.”

5. The conflict is also religious

To understand the present, it helps to understand the past. The tensions between Russia and Ukraine are not just political in nature. They’re also religious, writes Arizona State University scholar J. Eugene Clay.

The Ukrainian Orthodox Church – Moscow Patriarchate stresses “the powerful bonds that link the peoples of Ukraine and Russia.” The Orthodox Church of Ukraine, on the other hand, was formally recognized in January 2019 and is “the culmination of decades of efforts by Ukrainian believers who wanted their own national church, free from any foreign religious authority.”

The two churches, writes Clay, reflect a fundamental question: Are Ukrainians and Russians one people or two separate nations?

Research Affiliate at the Ed Snider Center for Enterprise and Markets, University of Maryland