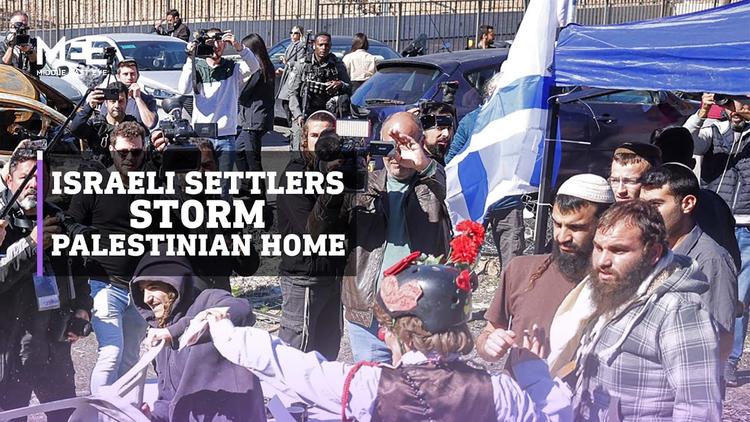 Ann Arbor (Informed Comment) – The US government has been accused of hyping the crisis between the Russian Federation and the Ukraine, where some 120,000 Russian troops have been massed on Ukraine’s borders. US intelligence says Russia has plans to invade imminently, while Ukrainian leaders say they do not see any such signs.

Joe Biden was vice president in 2014 when President Vladimir Putin abruptly ordered troops into the Crimea, which likely has led to his sensitivity on the current conflict. Crimea had been part of the Ukraine since 1954, when the Soviet Union’s Presidium of the Supreme Soviet transferred it from the Russian SSR to the Ukrainian SSR. Putin argued that the transfer had been premised on Ukraine and Russia being in the same Union, and when Ukraine became independent Crimea should revert to Russia, which had held it since the Tsars took it from the Ottomans.

While Ukraine gets heavy television news coverage in the US now, equally aggressive Israeli actions against Palestine are completely ignored. Israel plotted to seize the remaining Palestinian territories in the West Bank from the late 1950s through the 1960s, and when it launched the 1967 War on its neighbors it took advantage of its swift victory also to sweep in and occupy the Palestinians, who were not combatants.

Israel illegally annexed part of the West Bank, adding it to its district of Jerusalem. That put the nearly 400,000 Palestinians in and around East Jerusalem in legal limbo, since they reject Israeli citizenship but are prevented by Israel from having a state of their own. They are viewed by Israeli authorities essentially as temporary residents, and they can be expelled at will. When Israel annexed their land, contravening the Fourth Geneva Convention on the treatment of occupied populations, it also cast them into a limbo regarding property rights. Israelis are claiming to actually own their buildings and homes, and are gradually throwing them into the street (or illegally exiling them from their homeland). When you are stateless you have neither human or property rights.

Israel has settled 200,000 Israeli squatters in and around Palestinian East Jerusalem, which is illegal according to the Fourth Geneva Convention, which forbids occupying powers to settle their own citizens in occupied territory. The Geneva Conventions were enacted to prevent situations such as developed during WW II when Nazi Germany occupied Poland and began expelling native Poles and settling Germans there in their stead.

This weekend, far right-wing Israelis provoked further trouble in the Sheikh Jarrah neighborhood of East Jerusalem. Al Jazeera English reports that Itamar Ben Gvir of the supremacist Religious Zionism Alliance, stormed the neighborhood and set up a tent on the front yard of a Palestinian family’s residence. He maintains that despite constant patrols by Israeli security forces and constant surveillance of the occupied Palestinians, Israeli squatters in Palestinian land are not safe. He was responding to an alleged fire-bombing aimed at Israeli settlers.

There isn’t any legal difference in international law between israel’s annexation of East Jerusalem (and plans to annex more of the West Bank) and Russia’s annexation of the Crimea.

Actually, Russia has a much better claim on the Crimea than Israel does on Palestinian territory, since at least Crimea was part of Russia in living memory. The main objection to the 2014 Russian invasion is that the UN Charter forbids aggressive military action to resolve territorial disputes between neighbors. Russian claims, if legitimate, should have been pursued legally and diplomatically. Worse, Putin shot himself in the foot, since he spooked Europe that Russia was a military threat to the continent’s calm and its security, which provoked a rush by Montenegro and North Macedonia to join NATO. Further, even in Sweden some politicians are talking about joining. And Bosnia and Herzegovina, Georgia, and Ukraine would join today if NATO would let them in.

It is true that Washington was unwise to seek NATO expansion in the 1990s and early zeroes, and that the expansionism caused some of Russia’s angst. But Russia’s own interventions in Crimea and Syria, which no one forced on Moscow, have also raised alarms among nearby countries and made a NATO security umbrella attractive.

After the Afghanistan debacle, Biden would prefer to avoid another foreign policy setback, and his strategy is to throw loads of illumination on Russian actions on the Ukraine border in hopes of deterring further Putin adventurism. The Russian annexation (or as Moscow might put it, repossession) of the Crimean Peninsula provoked US financial sanctions on Russian officials around Putin, which the later clearly deeply resents.

But note that despite Israel’s aggressive annexation and occupation of Palestinian land, the US has held the Israeli leadership harmless and has denounced any move to hold it accountable for its war crimes against the Palestinians.