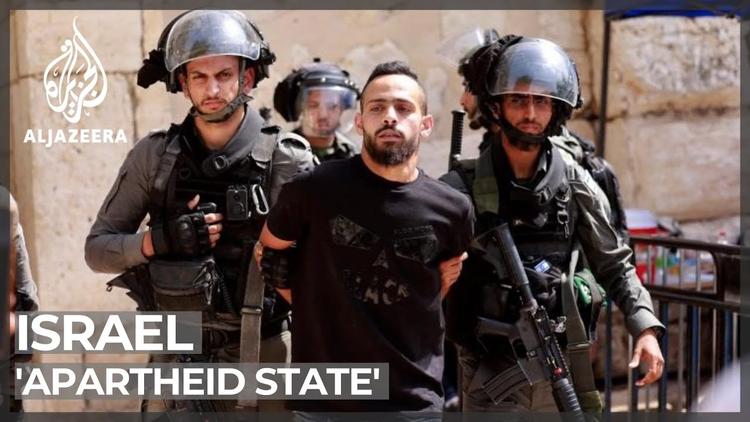 “Whereas the Afrikaner apostles of apartheid in South Africa, for example, brazenly proclaimed their sin, the [Israeli] practitioners of apartheid in Palestine beguilingly protest their innocence.”

Since January of last year – culminating with Amnesty International this week – all three human rights groups have made international headlines by coming out with major reports identifying Israel as an apartheid state.

If you guessed either of those three, though, you were wrong. The actual author of the quote was Fayez Sayegh, the late Palestinian intellectual, activist and diplomat.

Palestinians have been correctly identifying Israel as an apartheid state for decades.

I must admit that I cheated a little and tweaked the quote ever so slightly. The original text (Sayegh’s brilliant pamphlet, Zionist Colonialism in Palestine, which you can read in full here), actually used the present tense “proclaim” rather than “proclaimed” as above. In 1965, the South African apartheid regime was, of course, very much alive.

I also put the word “Israeli” in square brackets where Sayegh actually used the word “Zionist” – far more accurate and correct in this context. I say that because it’s not only Israeli citizens who practise apartheid in Palestine, but their Zionist supporters in the West (political, military and financial) who make apartheid possible on the ground.

Their coyness to identify and name the racist ideology at the root of Israeli apartheid – namely Zionism – has done them no favours. Instantly and brazenly, the Israeli government smeared them as “anti-Semitic” for their accurate report on Israeli apartheid this week.

Amnesty International’s report is to be welcomed. Late is better than never, and we can hope that the group will make good on its promise this week to carry out an actual international campaign against Israeli apartheid.

However, I could not help but think of the Sayegh quote this week while all the media attention was on Amnesty International. Why in the West is the word of the natives not believed over the word of the white man?Why does it take the words of two largely white liberal human rights NGOs for mainstream acceptance of the plainly obvious fact that Israel is an apartheid state? Amnesty and HRW themselves required the (almost) permission of the Israeli NGO B’Tselem before they went ahead with their Israeli apartheid reports. Why is that?

Is it the deeply embedded nature of racism within our societies or our media? Or even within the human rights groups themselves?

I don’t have all the answers to all these questions. But one thing is for sure – Israel has now lost the propaganda war and the PR battle on the question of the apartheid label.

By Israel lashing out at Amnesty International this week, with the absurd slur that the group is “anti-Semitic” due to its opposition to Israeli apartheid, the nefarious nature of its smear campaigns against the Palestinians and their supporters is clearer to many more people.

It’s taking far too long, but we are winning the war against Israeli apartheid.