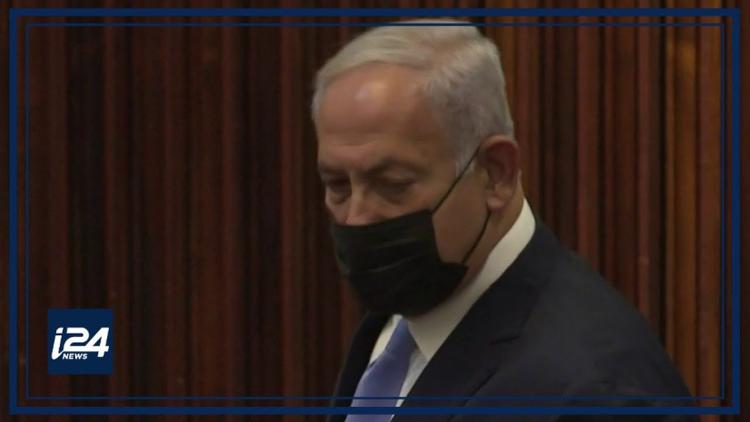 Ann Arbor (Informed Comment) – The Pegasus spyware made by the Israeli NSO company and backed by the Israeli state has been used extensively against Palestinians to keep them stateless, and former Prime Minister Binyamin Netanyahu used access to the software as an incentive for Saudi Arabia and the United Arab Emirates to improve relations with Israel.

It turns out, however, that Netanyahu has himself been given the Pegasus treatment, with his downfall due in part to Israeli police deploying the software against a witness who turned state’s evidence in the disgraced politician’s corruption trial. The Israeli newspaper Arab 48 reports that last Friday, the Jerusalem central court issued an order to the prosecution, demanding an explanation after reports surfaced that police had extracted information from the smart phone of a witness in the corruption trial without the witness’s knowledge. The prosecution has until Tuesday to reply.

The judge rejected a request by Netanyahu’s attorney that the court take up the issue on Monday. The trial will continue as usual until the prosecutor clears up the question about phone surveillance. Prosecutor Yehudit Tirosh said Thursday that a thorough investigation was being carried out.

Netanyahu’s lawyers asked the court to order the prosecution to disclose all the material gathered by the police via the Pegasus program and any other spyware in the course of their investigation of Netanyahu. Despite making the request two weeks ago, the defense still has not received a response.

Natael Bandel at Haaretz explains that Netanyahu is being tried on three counts of corruption. One of the cases, #4000, alleges that when he was prime minister, Netanyahu offered regulatory concessions to Bezeq Communications if they would make sure to give the prime minister favorable coverage at their Walla news site, which Bezeq then owned. It is the second largest news site in Israel. It is in this case that the issue of cyber-spying on a prosecution witness arose.

The witness whose phone was spied on is Shlomo Filber, whom Netanyahu had appointed director of the Ministry of Communications. He says that Netanyahu’s regulatory favors to Bezeq, which included fast-tracking a big merger, were worth hundreds of millions of dollars.

Filber abruptly resigned last spring and agreed to testify against Netanyahu. It is not clear if the ability of the police to turn Filber and have him testify for the prosecution had anything to do with their surveillance of his phone, on which they could have found incriminating evidence they used to pressure him.

Some observers are wondering if the cyber-espionage against Filber could derail the trial of Netanyahu and get him off the hook. He had earlier been said to have accepted a plea deal that would ban him from politics for several years.

Article continues after bonus video
i24 from two weeks ago: “Netanyahu said to give go-ahead for plea bargain”

The Biden administration has banned Pegasus in the United States and Apple is suing NSO for hacking iPhones. The company may go bankrupt as a result of these measures.

Netanyahu had provided Saudi Arabia with the Pegasus program, which allowed the government of Crown Prince Mohammed Bin Salman to hack the cell phone of Washington Post columnist and dissident Jamal Khashoggi, which led to his murder in the Saudi consulate in Istanbul in 2018. Business Insider reported this week that after a personal call from Bin Salman, Netanyahu reinstated the Saudi license to the software, after the Israeli Ministry of Defense had cut Riyadh off for using it on Khashoggi. So, murdering dissidents was no bar to Israel peddling the dangerous program to the most oppressive dictatorships.

So after Netanyahu had deployed this nasty cyber-espionage tool against stateless Palestinians and used it to curry favor with Mr. Bone Saw in Riyadh, someone else used it to gather intelligence on his extensive corruption.