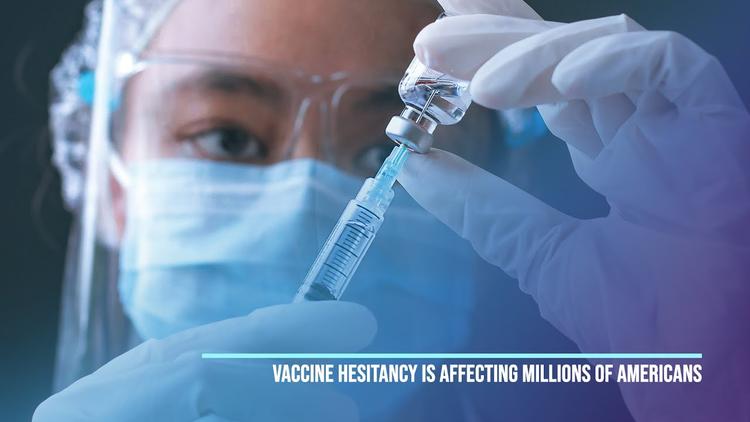 PBS estimates that roughly 1,100,000 Americans have died in all US wars in history.

That is, the death toll from COVID-19 is just about as great as the toll of all our wars combined, from the time of George Washington to the present.

Excess deaths is a technical term in public health and a much more accurate way of measuring the impact of a phenomenon like a pandemic or a war than depending on reports from e.g. hospitals. Melody Schreiber at the Guardian explains that in 2019 there were “2.8m deaths in the US; in 2020, it was approximately 3.3m.” The pandemic is the only way to explain this huge jump in deaths.

University of Minnesota historian J. David Hacker used the “excess deaths” method to demonstrate that the death toll in the US Civil War was more likely 750,000 than the standard 620,000 usually cited.

It is inescapable, though, that COVID took even more lives than the Civil War.

Moreover, the novel coronavirus pandemic provoked a sort of Civil War in the United States that probably cost more lives than any American conflict since the 1860s. As with the 1860s, the South lost again.

Mississippi, Arizona, Alabama, Oklahoma, Louisiana and Tennessee saw the most deaths per capita, with only New Jersey being in their league. Republican-led states did the very worst. Moreover, if we break down deaths per capita by county, heavily Republican counties did substantially worse than ones where people voted overwhelmingly for Democrats. That is, if we look at Michigan, which also had a high per capita death rate, though not in Mississippi’s league, we find that the deaths clustered in Republican-leaning counties.

An NPR analysis this winter found that “Since May 2021, people living in counties that voted heavily for Donald Trump during the last presidential election have been nearly three times as likely to die from COVID-19 as those who live in areas that went for now-President Biden.” The discrepancy holds even if the mean age of county residents is taken into account.

The study demonstrated that the higher death rate in pro-Trump counties was owing to a refusal to get vaccinated. That refusal, in turn, derived from misinformation about vaccinations that was spread around by far right media like Fox, OAN, Newsmax, etc., and by Republican politicians.

Tucker Carlson compared vaccine mandates to “Nazi experiments” and also decried mask-wearing. Getting vaccinated and masking are the best proven way to avoid getting sick with COVID-19. When President Biden tried to use the Occupational Safety and Health Administration to require companies with 100 workers or more to implement vaccine mandates, some 12 Republican governors sued over it and got their Republican buddies on the Supreme Court to strike the policy down.

This, even though in spring of 2021, the Biden administration’s vaccine drive saved nearly a quarter of a million lives. The refusal of the red states to get vaccinated caused far more people to die in 2021 and early 2022 than needed to, as the delta variant swept through the population, followed by the highly transmissible omicron variant.

The Biden administration’s successful vaccination drive is estimated to have saved a million lives all told in 2021.

So since the US Right Wing has started liking Nazi analogies so much, they should look in the mirror. By discouraging vaccinations and masking, they are the Dr. Josef Mengeles doing deadly experiments on people. They have mown down hundreds of thousands of vulnerable people in a genocide of quackery.