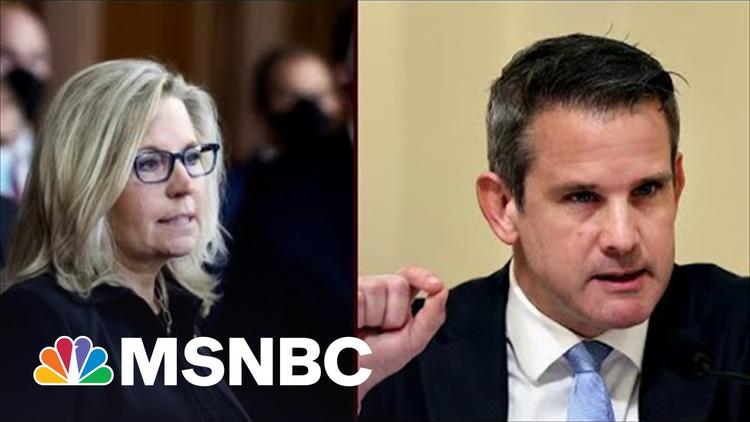 The media has a responsibility to tell Americans that a major party now openly endorses using violence to overturn elections.

( Otherwords.org ) – If you’re the sort of person who follows the news, you’ve probably heard a good bit lately about podcaster Joe Rogan, Neil Young’s fight with Spotify, and maybe a little about Russia and Ukraine.

All that’s good grist for the mill. But did you also hear former President Trump admit that he’d intended to have Mike Pence overturn the 2020 election? In a statement, Trump asserted that Pence had the power to “change the outcome” and should indeed have “overturned the election.”

Or, here’s a bad one: Did you hear that the Trump administration actually drafted orders for federal law enforcement to seize voting machines before his loss could be certified?

It’s true — Trump personally called Rudy Giuliani to see if the Departments of Justice or Homeland Security could seize the machines before votes could be counted in key swing states. A draft of an executive order to do just that was published in full by Politico. It bears Trump’s name.

Article continues after bonus IC video
MSNBC: “GOP Becomes Party Of The Insurrection With Censure Of Cheney And Kinzinger”

What about this: After years of making hay over Hillary Clinton’s emails, did you hear that Trump himself illegally removed or destroyed thousands of official documents?

That’s right — Trump personally took at least 15 boxes worth of material with him to Mar-a-Lago, while at least three of his former staffers said Trump ripped documents apart right in front of them. National Archivists have recovered as many as they can, but they literally have to tape the destroyed documents back together.

Finally, did you hear anywhere that one of America’s two major political parties just endorsed the January 6 coup attempt? That’s true, too.

You may remember January 6 for the rioters who smashed public property, viciously assaulted police officers, built a gallows outside the Capitol, and chanted for the execution of elected officials. At least seven people died in connection with the attack, while hundreds of rioters now face federal charges.

Every single one of these stories broke in late January or early February this year. All were diligently reported by committed journalists. Yet in the broader media, not one of them — much less the bigger story they tell together — has enjoyed anything like the shelf life of another culture war story about an irresponsible podcaster.

So it’s sadly unsurprising that majorities of Republicans report believing the ridiculous lie that the 2020 election was stolen — something not even GOP-led investigations have found a shred of evidence for. And an alarming 40 percent of Republicans now say violence against the government is justified.

If you ask me, it’s extremely dangerous that the GOP is now officially sanctioning a violent coup attempt, a likely GOP contender in 2024 is openly committed to overturning elections and destroying the evidence, and a disturbing minority of the party’s faithful seem ready to endorse violence to do that.

Meanwhile even Republicans like Mitch McConnell and Mike Pence, who rather bravely spoke out against the RNC’s recent action, have shown themselves to be perfectly comfortable with the voter suppression laws the party is propagating all over the country in service of the very same lies.

We live in interesting times — there’s always news to cover. But these threats to our democracy need to stay top of mind all year, and every politician needs to be repeatedly asked about them. Voters deserve to know about this crisis and where their leaders stand on it.

So tell your favorite outlets: If they value the democracy that makes their work possible, they’d better park all this on page one.