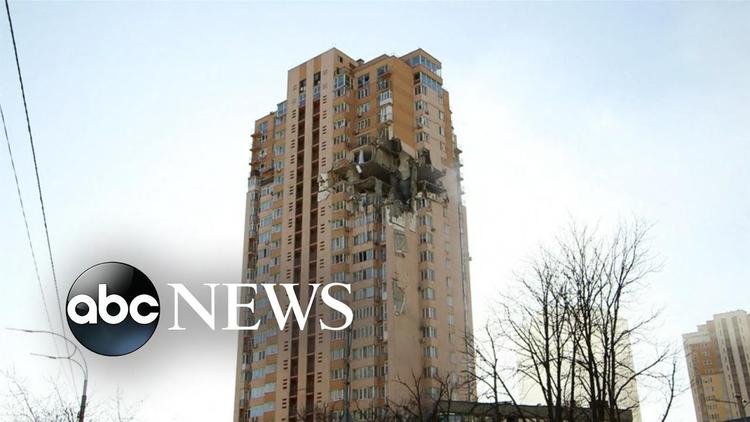 Ann Arbor (Informed Comment) – I’ve been thinking about what the Russian invasion and attempted occupation of Ukraine is like in recent history, and one analogy that might be good to think with is Israel in Lebanon. Putin seems to hope that the Ukraine is like Palestine, which the Israelis have successfully kept subdued even if with some occasional violence. But what if Ukraine is to Russia more as Lebanon is to Israel? In that case, Putin is in trouble.

In 1982, Prime Minister Menachem Begin and his Defense Minister Ariel Sharon occupied the Lebanese south with help from Phalangist Christians and then went up to Beirut, surrounding it and subjecting it to artillery barrages. They installed far-right Christian Bashir Gemayyel in power in August of 1982, and forced the PLO leadership into exile. The right-wing Phalangist Maronites played a role similar to ethnic Russian separatists in Ukraine, in largely supporting the Israeli actions.

The Phalangist Party was founded in Beirut in the 1930s in imitation of Mussolini’s Black Shirts and was typical of southern Mediterranean Catholic fascism. Gemayyel celebrated “the uniting of the Christian gun.” The Phalangists were at daggers drawn with Lebanon’s Palestinian refugees and the Palestine Liberation Organization, and the conflict between the two sparked the Civil War 1975-1989. Lebanon’s Sunni Muslims, about a third of the country, and its small Druze minority allied with the PLO. The Palestinians had been expelled from their homes by militant Zionist militias in 1947-1948 in what became Israel, and were forced to live in refugee camps in Lebanon, comprising about 10% of the population. They were especially resented by sections of the Lebanese Christian population.

The 1982 Israel attempt to reshape Lebanon to suit Tel Aviv’s regional security goals failed. Their strongman Gemayyel was promptly assassinated in mid-September. The Israeli Occupation of the South provoked the Shiites to turn from being quietist tobacco sharecroppers to supporters of religious militancy and they eventually made the Occupation so deadly that Israeli Prime Minister Ehud Barak pulled out Israeli troops after 18 years.

One difference between Ukraine and Lebanon is that Lebanon is multi-cultural, with Shiite Muslims, Sunni Muslims, Maronite Christians, and Druze (an offshoot of Shiite Islam). The Israelis expected the Lebanese to side with them against the PLO, which had been throwing its weight around in Lebanon because it had an armed paramilitary. And initially, some Maronite Christians did support them, and Shiite Muslims were not really politically mobilized at that time, having in their number tobacco sharecroppers and slum dwellers. So it was just the Sunnis and Druze that backed the Palestinians, maybe 40 percent of the population.

But then the Civil War was negotiated to an end in 1989 and the Sunni prime minister had a fair amount of popularity, and the Israeli Occupation of the south of the country turned pretty much all the Lebanese against the Israelis. The Phalangist Party went into a deep decline after the civil war ended and most Lebanese groups disarmed. Still, it took the mainly Shiite Resistance in the south, spear-headed by Hezbollah, which had been founded in 1984, nearly two decades to force the Israelis back out of Lebanon.

I suspect that the Russians in Ukraine will face more substantial popular resistance right off the bat. A recent CNN poll suggests that the pro-Russian groups in Ukraine make up a small minority of the population.

Only 13% of Ukrainians said in the polling that Russian use of military force to keep Ukraine from joining NATO was justified.

Only 10% of Ukrainians think it is legitimate for Russia to use military force “if Russia feels threatened by foreign activity in former Soviet countries,” according to CNN.

Some 28% of Ukrainians said that they thought of themselves as “one people” with Russians, though for some of them that might have just been a vague feeling of being siblings. It doesn’t necessarily imply that they wanted to be kidnapped into one country by Mr. Putin. No region or province in Ukraine thought that Ukraine and Russia should be the same country, even the heavily Russian Donbass region.

Over all, only 9% of Ukrainians agreed that “Russia and Ukraine should be one country.”

So it does not seem to me that, like the Israelis in Lebanon in 1982, Putin has a third of the Occupied population with him, nor is there a big section of the country that is politically uninvolved. In the CNN poll the “don’t know’ apathetic respondents were only 17 percent. 70 percent of Ukrainians gave a strong “no” to a Russian invasion right off the bat.

There are of course also some similarities to Israel’s 2006 invasion of Lebanon, which was intended to weaken Hezbollah’s military capabilities and to send a signal to the Lebanese elite that they should freeze it out of government and turn on it.

The Israeli military had become used to operating in the West Bank where they had closely mapped the terrain and had penetrated the local population with many intelligence assets. They no longer really knew the terrain of South Lebanon, i.e. which grottoes Hezbollah used as redoubts or the exact disposition of Hezbollah fighters, and do not appear to have had very many good informants on the inside.

They wanted to assassinate Hezbollah leader Hassan Nasrallah but he evaded them. They would drive their tanks through rugged territory in the south and once they had gone by Hezbollah fighters would emerge from caves and hit them. Hezbollah also had more little rockets than the Israeli military had expected, and used them to make about a fourth of the Israeli population flee their homes.

Hezbollah was even able to use an Iranian knock-off of a Chinese silkworm missile to hit an Israeli naval vessel. One Israeli general told me that he wished that Hezbollah had had bigger rocket emplacements, since those could have been easily observed and destroyed. The micro-rockets, often with mobile launching platforms, were more of a problem. It wasn’t in the sense that they were a true military challenge, but Hezbollah used them to rattle domestic self-confidence. Nasrallah even talked about hitting chemical depots in Haifa, recalling Jews being gassed by the Nazis, which is the most despicable of many despicable things he has done. He at that time probably did not have that capability.

Where I think the analogy to 2006 fails is that the Ukrainians have had 25 years experience in guerrilla warfare, and while they will likely throw up irregulars in response to any Russian occupation, they will be green in the way that Shiite paramilitaries were in 1982. The ability of the Ukrainians to inflict harm on the Russian domestic population also is likely limited.

My guess is that Mr. Putin’s fond hopes for a successful Russian occupation of Ukraine, perhaps through the installation of a puppet regime in Kyiv, will be frustrated by widespread local opposition. But it could take a very long time for the Ukrainians to evict their bigger, more powerful neighbor.