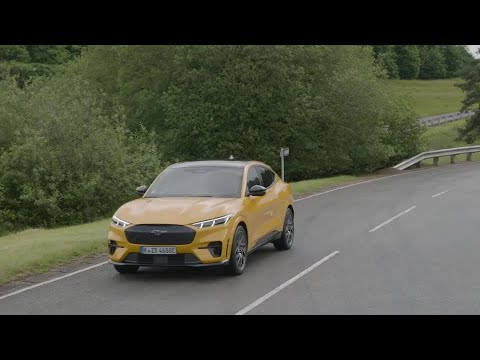 Ann Arbor (Informed Comment) – Sean Goulding Carroll at Euractiv.com asks if Europe can defund the Russian war machine by turning to electric vehicles. It should be noted that in part because of the EU carbon tax, already 29% of new car purchases in Europe last December were EVs or plug-in hybrids, so consumers are already stampeding in that direction. Putin may just have given the industry a big lift. While EV prices have jumped momentarily because of the crisis, it may cause governments to give more incentives over the medium term to escape dependence on Russia.

Carroll points out that slightly over a quarter of all petroleum consumed in the European Union states comes from Russia, earning Moscow $110 billion annually. That money is funding the Russian war machine in Ukraine, where Russian troops are targeting civilians and hitting hospitals and cinemas used for shelters, as well as apartment buildings.

The EU had already slated a ban on the sale of internal combustion engine (ICE) vehicles for 2035. It may well be that the Ukraine crisis, in addition to the already severe impact of the climate emergency, will cause them to move the deadline up. One hurdle has been European disputes over EV batteries, which the European parliament appears to have just settled. The new framework will make EU batteries the greenest in the world and the most recyclable, with plans to recover some 90% of the nickel, copper and cobalt used in them, and 70% of the lithium. Since Russia is a lithium producer, recycling will help keep Europe from becoming dependent on yet another Russian export.

Even in France, where there has been less interest in EVs than in Germany and elsewhere, the high gasoline prices are changing consumers’ minds, according to Franceinfo. One man at a dealership tried driving an EV for the first time and after some calculating, was completely won over. He figured his fuel cost would fall from $440 per 1398 miles to $60.

French President Emmanuel Macron is campaigning for reelection and a recently added plank of his platform is a new government-backed lease-to-own program that will make it easier for middle class consumers to buy electric.

Ford is planning 3 new electric passenger vehicles for consumers in Europe within two years, according to Anmar Frangoul at CNBC. Two of the plants for the production of the new lines will be in Germany, with one to be opened in Romania. Ford intends to sell 600,000 electric vehicles a year to European Union countries by 2026. The some 449 million Europeans are buying about 12 million vehicles a year nowadays, down from 15 million before the pandemic, so by this measure Ford alone would be supplying 5 percent of all car purchases in the form of EVs in only four years.

Tesla is way ahead of Ford, in already dominating the EV market in the EU. In the fourth quarter of 2021 alone, Tesla sold 309,000 of its EVs to the bloc, an astonishing increase of 71% year on year, according to Jennifer Jacobs Dungs at Forbes. Tesla EVs for the first time outsold diesel vehicles in Europe that quarter.

In December, 29% of new car registrations in Europe were electric or plugin hybrid, writes José Pontes at Cleantechnica. Fully electric vehicles came to 19% of the market. So Ford is targeting the two-thirds of purchasers who are still buying ICE vehicles at present. In 2021 only 9% of US new car purchases were EVs or PHEVs.