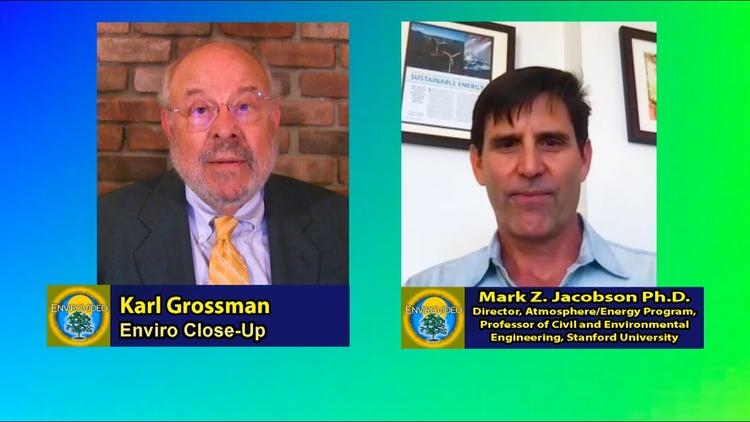 The Stanford Solar Generating Station #2 went online in mid-March, adding 63 megawatts to the university’s electricity supply. The campus had completed a previous 54-megawatt solar installation in 2016, and the new facility has a 200-megawatt battery system that ensures electricity generated by the sun during daytime can be stored and then released at night.

In fact, Stanford U. will actually be supplying electricity to the Bay Area, since it will generate more than it needs.

The two solar plants plus batteries are expected to save the university some half a billion dollars.

The university had an on-campus methane gas plant that it simply closed down. I’m green with envy for reasons I will explain in a moment.

Stanford still has work to do– electricity generation is only one source of human-produced carbon dioxide. All the university vehicles will have to become electric, and the gas stoves used to cook food for students in the dorms will have to be traded out for electric ones. Adami writes, “Going forward, Stanford plans to complete its electrification of the remaining campus shuttle buses and campus vehicles; conversion of hospitals to hot water and electrification of hot water processes; and electrification of natural gas and steam appliances and heating.”

Then there are indirect carbon dioxide emissions, from students’ and faculty private vehicles and other travel, e.g., which will also be addressed.

It plans to be at zero carbon emissions from all sources by 2050.

Aurora Winslade, director of the university’s Office of Sustainability, is quoted as saying, “Stanford is among the first universities in the world to do this specific combination of heat recovery, large-scale thermal storage, renewable electrification and optimization in the way that we are doing it. That makes us one of the most advanced universities in the world when it comes to operationalizing these kinds of ambitious decarbonization greenhouse gas reduction and climate action targets.”

Stanford is not alone. As of 2020, some 40 colleges and universities in the US got 100% of their electricity from renewable sources. For some this was easier than for others. Some 51% of Idaho’s electricity comes from hydroelectric sources, so the University of Idaho did not have as far to go in making up the rest as those institutions in dirty-energy states like Michigan and Pennsylvania.

The thing I’d like to complain about, though, is that there are roughly 5,300 colleges and universities in the United States, and only 40 or so get all their electricity from green sources.

Our universities are supposed to be gatherings of our best and brightest, of people who reason their way through life’s problems, who are committed to science and high ethical values. Like all other human beings we fall short.

But most colleges and universities are not more progressive or advanced on greenhouse gas emissions than the states and municipalities in which they are located.

There is a weird disconnect between what university scientists know and what their administrators are doing. To be fair, most colleges and universities are now setting goals for zero carbon emissions by 2050, but most are moving toward them with glacial slowness and many of their goals are far too modest.

The reason is that it costs money to make these changes. When we at the University of Michigan complained to a former president about a commitment to a new methane gas plant on campus that would lock us in to long term CO2 emissions, he said that the money had already been spent on it and cancelling it would be a billion dollar loss. Well, our university has a $17 billion endowment, and I personally think they should just write off the gas plant and go to wind instead to save the earth and humanity. But I’m funny that way.

Universities are not mostly at the forefront of the climate issue because most of them are run as businesses or at most as public institutions on the model of cities, and the same considerations that have made businesses and civic institutions slow to combat the climate emergency have affected the universities. Plus, in most colleges and universities faculty governance has been weakened, and regents, who in some institutions are publicly elected on a party basis, are sometimes tied to fossil fuel interests or sympathetic to them.

There are ways around the money problem. Stanford pioneered in issuing green bonds, and my own University of Michigan is now doing that. Personally, I think many alumni would respond to a fundraising appeal to make their alma maters green. Plus, renewables are inexpensive and Stanford is showing that switching to them saves money over the long term.

So far most of us have the same dilemma as St. Augustine faced. We cannot do the good we know.