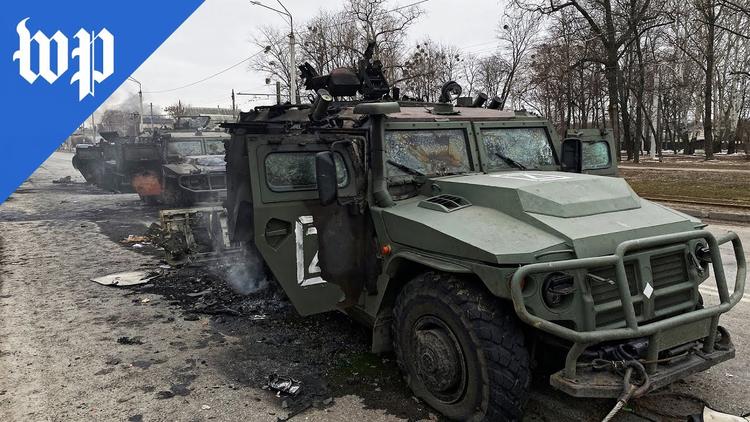 “No monument stands over Babi Yar . . .,” so begins a tragic poem by Yevgeny Yevtushenko; “only a step cliff like the rudest headstone . . . “* That is the site near Kiev where 33,000 Jews were murdered by Nazi death squads (Einsatzgruppen) on September 29-30, 1941. No genocide has occurred within Ukraine since World War II. Vladimir Putin’s claim that Ukraine is committing genocide under a “Nazi” president, who happens to be Jewish is, “. . . an assault on the memory of people who actually were victims of genocide,” according to Paul Shapiro, the international affairs director of the U.S. Holocaust Museum in Washington. Now Putin is killing innocent civilians on the same land, while claiming to rid Ukraine of the Nazi ideology that perpetrated the Babi Yar massacre and the Holocaust.

Disinformation and misinformation have long been tools of war to win hearts and minds. Accusing the opposition of your own sins, and re-writing history has been in the playbook of autocrats and dirty politicians from the beginning. Putin’s claim that Ukraine is an integral part of Russian history and culture is backwards. Ukraine and Russia both came into being in the mid-9th Century as part of an empire founded by Vikings, called Kievan Rus. Putin’s claim that Ukraine was a creation of 1917 Revolution conflicts with the historical reality that Lenin allowed Ukraine remain autonomous within the USSR after the revolution. Ukraine and Russia were founded by medieval Vikings in a compact, which lasted from 842-1262, and also included Belarus. Kiev was established centuries before Moscow was anything but a virgin forest, and Putin’s claim that Ukraine language and culture evolved out of Russia is backwards. Kiev is considered the point of origin for Russian culture and language. Ukraine and its capital have always been an imperialist target owing to its convenient location along early trade routes, land mass and great natural wealth.

Putin’s rewriting of history is also a tactic to consolidate power, and as credible is Trump claim that the 2020 Election was stolen. Both are brazen fictions. Denying the validity of a people’s culture and history has been used in America to deny Indians their birthright, and in Israel to deny the validity of Palestinian history and autonomy, as a facet of subjugation. Putin’s pretext for invasion was to declare the Ukrainian eastern states of Donetsk and Luhansk to be independent republics under Ukrainian oppression. So he sent troops as “peacekeepers,” which may be the most twisted application of that word in socio-linguistic history. The recent threat began in April 2014, when Russian-backed rebels seized government buildings in Donetsk and Luhansk. World War I and the expanding Nazi and Soviet empires threatened and obscured the historical statehood of many Eastern European countries, but Ukraine ultimately prevailed, re-establishing its autonomy and declaring independence in 1991.

Yevtushenko was not Jewish, but expressed eternal solidarity and identify with the Jews of Babi Yar, saying,

“I am as old as the entire Jewish race itself.

I see myself an ancient Israelite.
I wander o’er the roads of ancient Egypt
And here, upon the cross, I perish, tortured
And even now, I bear the marks of nails.

The reference to Jesus reminds readers that he was also a Jew, persecuted for his teachings. The poet invokes an “I am Spartacus” spirit, expressing his empathy and identity with the victims. References to Anne Frank, Alfred Dreyfus and other Jewish martyrs help illustrate the far-reaching history of anti-Semitism. The poet goes on to mourn the lost spirit of his beloved Russia to hateful, anti-Semitic forces saying,

I know the kindness of my native land.
How vile, that without the slightest quiver
The anti-Semites have proclaimed themselves
The “Union of the Russian People!”

Sadly, these words also foreshadow the madness of Putin, with his audacity of claiming to bring peace where it had existed, until his troops entered shooting, after his planes and missiles destroyed lives and property. Before the Holocaust, Ukraine had one of the largest Jewish populations in Europe of 2.7 million. Nazi soldiers and death squads killed 1.5 million, and the entire population was herded into ghettos, displaced or executed. The poem concludes:

Wild grasses rustle over Babi Yar,
The trees look sternly, as if passing judgement.
Here, silently, all screams, and, hat in hand,
I feel my hair changing shade to gray.

And I myself, like one long soundless scream
Above the thousands of thousands interred,
I’m every old man executed here,
As I am every child murdered here.

No fiber of my body will forget this.
May “Internationale” thunder and ring
When, for all time, is buried and forgotten
The last of anti-Semites on this earth.

There is no Jewish blood that’s blood of mine,
But, hated with a passion that’s corrosive
Am I by anti-Semites like a Jew.
And that is why I call myself a Russian!

I memorized that poem in high school, when the physical and intellectual freedom of Soviet Jews was a global cause, and have seen varying translations. The horror of the first land war in Europe in my lifetime is unfolding in real time. Because my paternal grandfather, Louis Prosterman was from Kiev, this is somewhat personal. He emigrated at the Port of New Orleans shortly after the 1917 Revolution, for which he had been conscripted, and then made his way to Atlanta where he graduated from Emory University Dental School. Yevtushenko’s poem concludes inferring that his resistance and objection to anti-Semitism reflects the true core of Russian identity, rather than the Cossacks and Einsatzgruppen who perpetrated the pogroms by the Czars and the massacres by Nazis. True Russians he argues, react with audible and silent screams in fierce objection to such acts. Now they are rising up on the streets in visible opposition to the Ukraine invasion, at risk of arrest and brutal detention. The screams in Russia are no longer silent.