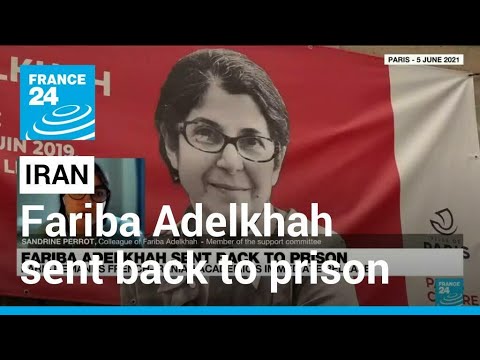 We write on behalf of the Committee on Academic Freedom of the Middle East Studies Association (MESA) to express our grave dismay over the reimprisonment of Iranian-French academic Prof. Fariba Adelkhah on 12 January 2022. Not only unjustified and cruel given the ongoing reports of COVID-19 infections in Iran’s prisons, Prof. Adelkhah’s return to Evin prison also seems to be politically motivated during a moment of intense negotiations between Iran and Western powers over Iran’s nuclear program. In this, our fifth letter to you regarding Prof. Adelkhah since her initial arrest in June 2019, we once again protest her unjustified imprisonment and call for her immediate release and safe return to France.

MESA was founded in 1966 to promote scholarship and teaching on the Middle East and North Africa. The preeminent organization in the field, MESA publishes the International Journal of Middle East Studies and has nearly 2,800 members worldwide. MESA is committed to ensuring academic freedom of expression, both within the region and in connection with the study of the region in North America and elsewhere.

Prof. Adelkhah is a highly regarded anthropologist whose fieldwork-based scholarly writings over the past decades have made significant contributions to the advancement of knowledge regarding religious identities and practices in Iran and Afghanistan. Her expertise on Shi’i Islam has been particularly important for Western audiences who lack sufficient understanding of this sect. As we stated in our first letter protesting her arrest, dated 22 July 2019, none of her publications deal in any way with Iran’s security concerns; hence, there seems to be no justification for the 16 May 2020 five-year prison sentence she received for collusion against national security and propaganda against the Islamic Republic. Moreover, as others have noted, the court proceedings that led to this sentencing were unfair: Prof. Adelkhah and her legal team were denied the opportunity to present a sufficient defense, and the prosecution failed to produce any evidence against her.

Despite the disturbing irregularities in due process, we do recognize that, owing to the high rates of COVID infection in Iran, the Iranian authorities allowed Prof. Adelkhah to serve nearly 15 months of her sentence in house arrest with an ankle bracelet, thus protecting her fragile health. All the more then our concern with the January 2022 decision to reimprison Prof. Adelkhah, which echoes the arbitrary arrest, sentencing, and other mistreatment to which she has been subject since mid-2019. According to a 16 January 2022 official statement by the Deputy Head of the International Affairs Office of the Judiciary, Prof. Adelkhah was sent back to prison for violating the limits of her house arrest, although the Judiciary did not provide any details on how she had violated these terms.

In recent years Iran has exhibited a pattern of arresting dual national academics like Prof. Abdelkhah on charges of espionage and threats to national security. To date, no charges have been substantiated against any of these dual nationals, suggesting that they are arbitrary and may be politically motivated. These cases add to the judiciary’s violations of Iran’s own laws as well as its international legal commitments. With the election of a new administration in 2021, we had hoped for a reversal of this trend which violates academic freedom and undermines the possibilities for academic exchange between Iran and other countries.

We are deeply concerned about Prof. Adelkhah’s health and safety and urge you to release her from prison immediately and allow her to return to France so that she can resume her scholarly activities. We also call upon you to respect academic freedom, freedom of movement, and scholarly exchange in general, and release all unjustly arrested and imprisoned academics so that they may continue their important academic work.

Thank you for your attention to these very serious matters. We look forward to your response.

The Honorable Takht-Ravanchi, Permanent Representative of Iran to the United Nations